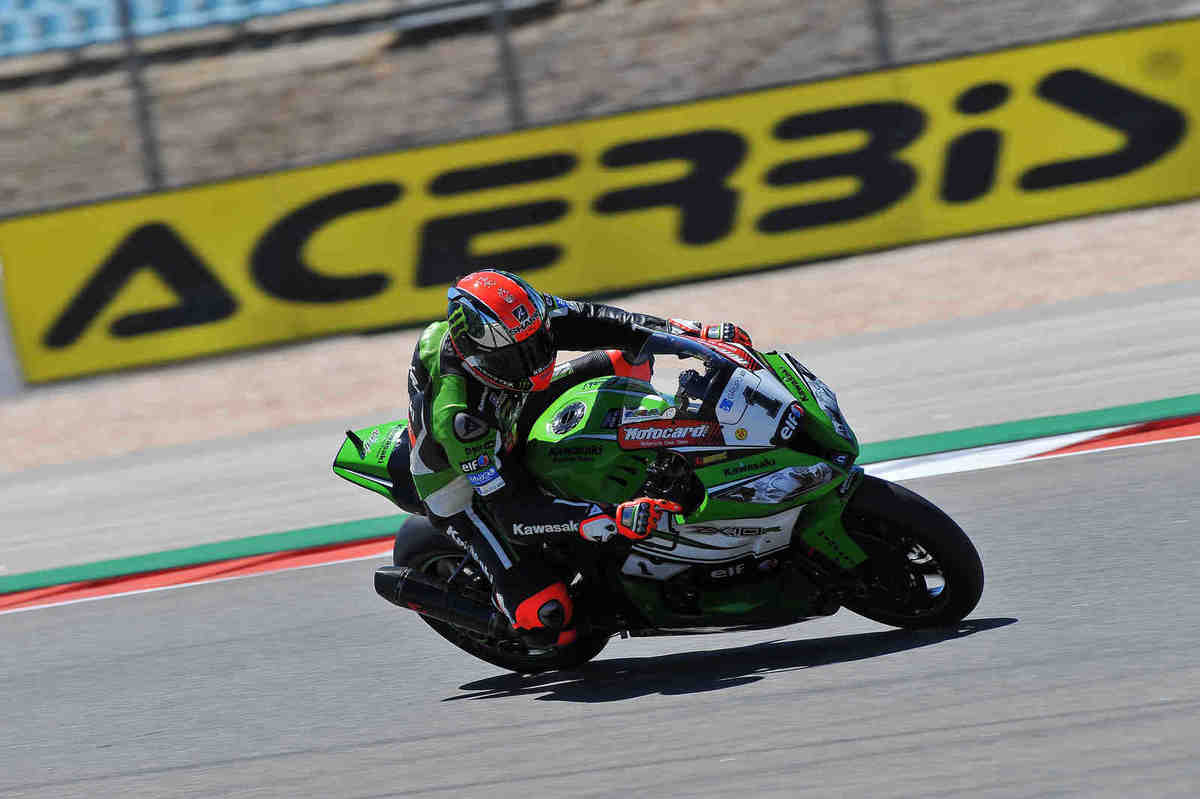 Tom Sykes To Remain With KRT For Two More Years

Yorkshireman Sykes (29) won the title with Kawasaki in 2013 and is currently in a commanding 44-point lead in the 2014 championship as Kawasaki continues its ‘Ninja 30’ anniversary celebrations throughout the year. Having competed on official Kawasaki machinery since the 2010 season Tom has become ‘Mr Kawasaki’ in the eyes of not only his many fans but also the Kawasaki family and the world at large.

Sykes has won all of his 22 career WSBK race victories to date with Kawasaki and is the most successful rider in Superpole qualifying in the modern era, with 23 Superpole wins – again all on Ninja ZX-10R machines. In 151 race starts in WSB Sykes has taken 46 podiums and 21 fastest laps.

The 2015 season and beyond will present a new challenge for all involved in the KRT effort, as the technical regulations will change in some significant ways, but Sykes and Kawasaki are confident that the class-leading Ninja ZX-10R will be a competitive package in any form of production-derived racing.

Tom Sykes: “I am very excited to re-sign and the decision was quite easy. I am looking forward to another two years with a great manufacturer. Kawasaki and I already have quite a good history. This is my fifth year as a rider with the brand, my fourth year with the current model of the Ninja ZX-10R, so for me it was an easy decision to continue.

“I have put so much work into the bike I would not want to give my baby to someone else! We have been in discussion for a while but we have had really good success in recent years and continuing our relationship gives us an opportunity to take the story forward again. I sat at home and went through the pros and cons, like you do with a lot of things in life, and the pros for re-signing were almost endless.

“I am very happy because Kawasaki and I have a high level of mutual respect and trust. The team is doing a great job so it is great to have two more years of continuity. I am relaxed now I know that I am moving on again with a great brand and a great team around me. I feel proud to have been involved in helping the development direction of the Ninja, so I am very happy to be staying where I am.”

Steve Guttridge, Racing Manager Kawasaki Motors Europe: “I’m so pleased that we have come to an agreement with Tom to continue the great job that he has been making in World Superbike on our Ninja ZX-10R over the past few seasons. He’s our World Champion and a great ambassador for our brand too. At this moment we are very committed to continuing our dominance in Superbike racing and Tom is the man to help Kawasaki do just that.”

Guim Roda, Team Manager Kawasaki Racing Team: “It is very good that Kawasaki and Tom have signed again for 2015 and 2016 as it is a very good point to work towards the new rules coming in 2015, and make another strong season in 2016. Tom knows the bike and team very well and I can guarantee he has still not arrived at the limit of his full potential. This is a very good opportunity to continue with great stability so we can improve the package and be even stronger next year.

“The show will go on! I’m sure this is very good news for all Kawasaki fans and we want to say thanks for all the support shown to the KRT team and riders. I hope now we can enjoy a nice holiday during the current summer break and that Tom rests enough to remain very strong in the last part of the season.”