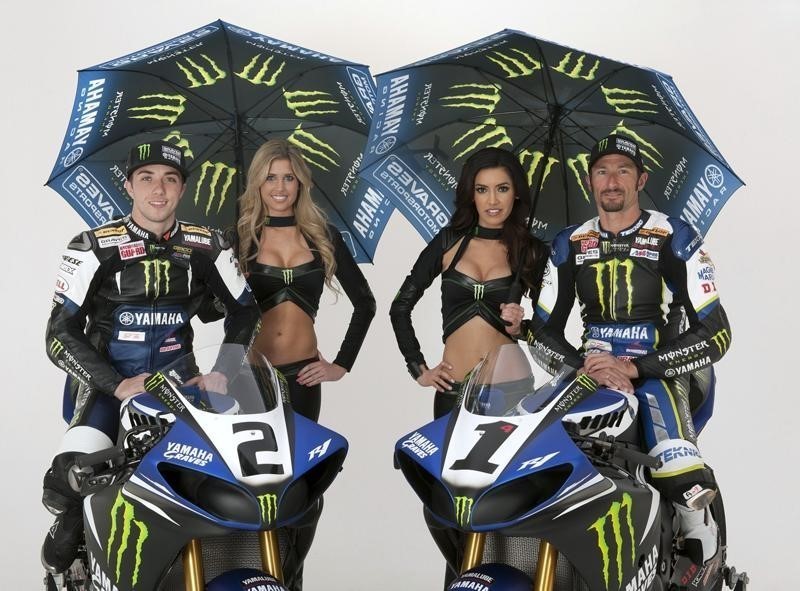 Yamaha U.S. Road Racing Teams Ready For Road Trip To Daytona With New Livery For 2013 Season Cypress, CA March 5, 2013 – The Monster Energy/Graves/Yamaha SuperBike and Yamaha Extended Service/Monster Energy/Graves/Yamaha Daytona SportBike teams have finished up their pre-season testing and are ready to debut new livery on their YZF-R1 and YZF-R6 racebikes next week at Daytona for the start of the 2013 GEICO Motorcycle AMA Pro Road Racing season. The announcement was made today by Keith McCarty, Motorsports Racing Division Manager for Yamaha Motor Corporation, U.S.A. All four riders, including three-time and defending AMA Pro National Guard SuperBike Champion Josh Hayes, 2012 AMA Pro National Guard SuperBike Rookie of the Year Josh Herrin, seven-time 2012 AMA Pro GoPro Daytona SportBike race winner Cameron Beaubier, and 2012 AMA Pro Motorcycle-Superstore.com SuperSport race winner Garrett Gerloff are all at the peak of their fitness and anxious to get to Daytona and begin the 2013 racing season. The machines that the four riders will race this season have been given a new look that is sure to be a fan favorite. According to Keith McCarty, “We’ve changed things up a little bit for 2013. All of our familiar team partners are back with us again, including Monster Energy and Yamaha Extended Service, so our colors are pretty much the same. But, we’re going with a fresh, new, trick-looking matte finish on our R1 and R6 racebikes. The new look photographs well and really helps our team partners’ logos and colors to ‘pop’. We’re really excited about the new livery.” The four riders and their machines recently completed a photo session at Yamaha’s U.S. headquarters in Cypress, California, where they were joined by a quartet of Monster Energy and Yamaha Extended Service Umbrella Girls. It was a “tough day” for Josh, Josh, Cameron, and Garrett under those hot lights, but nobody said professional motorcycle road racing is easy. After the shoot, defending SuperBike Champ Josh Hayes said, “I already thought my #1 R1 was the best-looking bike in the paddock, but this new livery really kicks things up a notch. I can’t wait to show it off to fans at Daytona next week.” The two Josh’s #1 and #2 Yamaha R1 SuperBikes, as well as Cameron’s #6 and Garrett’s #8 Yamaha R6 Daytona SportBikes will soon be loaded on-board the team transporters for the cross-country haul to Daytona Beach, Florida. If you see the big, blue Yamaha trucks on the highway, make sure you motion to team drivers Pat Muras, John Buanno, and Mitch Leonard to honk their horns. They’ll be happy to oblige. For more Yamaha team news, race results, and other information, be sure to follow Yamaha on Facebook all season long.