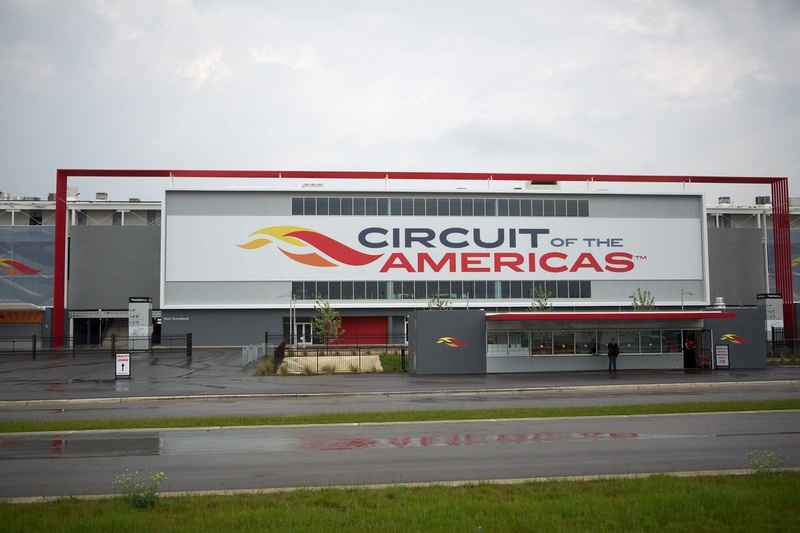 Red Bull MotoGP Rookies Cup Circuit of The Americas Austin, Texas April 21, 2013 Race Two Results (all on KTMs and Dunlop tires): 1. Karel HANIKA, Czech Republic, 8 laps, 19:08.901 2. Manuel PAGLIANI, Italy, -0.475 second 3. Toprak RAZGATLIOGLU, Turkey, -0.846 4. Bradley RAY, UK, -0.861 5. Darryn BINDER, South Africa, -1.770 seconds 6. Jorge MARTIN, Spain, -5.077 7. Scott DEROUE, Netherlands, -5.204 8. Corentin PEROLARI, France, -8.239 9. Enea BASTIANINI, Italy, -9.125 10. Lukas TRAUTMANN, Austria, -10.470 15. Anthony ALONSO, USA, -16.166 23. Joe ROBERTS, USA , -3 laps, DNF, retired Championship Point Standings (after 2 of 14 races): 1. Hanika, 45 points 2. Ray, 38 3. Pagliani, 33 4. Razgatlioglu, 32 5. TIE, Martin/Deroue, 19 7. Perolari, 14 8. Perez, 13 9. TIE, Binder/Ramirez, 11 18. TIE, Yui Watanabe/Alonso, 3 More, from a press release issued by Red Bull: Karel Hanika won an incredible Race 2 of the 2013 Red Bull MotoGP Rookies Cup, holding off the determined attacks of Manuel Pagliani and Toprak Razgatlioglu. The 17-year-old Czech leaves the Red Bull Grand Prix of the Americas heading the points table after finishing 2nd on Saturday. Just 7 points behind is Saturday’s winner, 15-year-old Briton Bradley Ray who had battled through to challenge for the lead but was clipped by Diego Perez with 3 of the 8 laps remaining. Ray saved a vicious slide to finish 4th while the 15-year-old Spaniard fell unhurt. That drama gave Hanika a break but Razgatlioglu was ahead of the incident and the 16-year-old Turk was determined to take revenge for being denied 2nd by Hanika in Race 1. He had fellow Rookies Cup newcomer Pagliani to deal with though and the super smooth 16-year-old Italian eased his way into 2nd before the flag leaving Razgatlioglu 3rd again. No easy win for Hanika “That really was a tough race,” said Hanika. “I enjoyed it a lot more than Saturday, the guys did a lot of work overnight, they checked everyone’s front suspension, changed the rear and really worked to give us the set-up that would work for Race 2. It made a big difference, the bike was much more rideable and I have to thank them a lot for this victory. To Yui Watanabe who crashed today, I wish her a speedy recovery.” Watanabe, the 16-year-old Japanese girl somersaulted over the front of her machine when she hit another bike as they braked for one of the tight left-handers. As she required attention on the track the race was red flagged. It looked nasty but the news later from hospital was good as her mentor, ex GP star Nobby Ueda, explained. “The doctors here have checked everything, she just has a small crack in her hip and they say it is not so serious.” 8 lap restart The race was then restarted and run for 8 instead of 12 laps. Pole man Hanika was chased off the line by Pagliani and it was pass and re-pass from the start. Ray only crossed the line 7th at the end of lap 1 but was soon with the lead group. As the advantage changed at every corner, sometimes more than once almost everyone had a run in front, Hanika, Pagliani, Razgatlioglu, Ray, Perez with 17-year-old Dutchman Scott Deroue and South African 15-year-old also in the hunt. Deroue lost ground after a violent front, then rear-end knot tying session through one corner that showed that his bike setting was certainly not all he hoped for. He finished 7th behind Spanish 15-year-old Jorge Martín while Binder was 5th behind Ray. Italy and Turkey complete podium Pagliani was justifiably satisfied with 2nd. “It was a great race, I enjoyed it and was happy that I could fight all the way with Hanika. I just couldn’t get past him on the last lap. I am looking forward to Jerez, the tests went very well there and I hope that I can be competitive again.” Razgatlioglu was sweating profusely at the end and had obviously put everything into it. “A very tough race, so intense, riding so hard with everyone. We were passing everywhere and I worked as hard as I could. It is great to be on the podium twice in my first Rookies weekend and I am looking forward to Jerez.” The last word should go to Ray who did such a fantastic job to finish at all. “Not a bad save,” said the bespectacled youth with his characteristic wide-eyed look. “In fact two saves, I had to push hard to get up there as I didn’t make a great start, I got with Hanika but then got hit from behind, I saved it, then got on the gas and it went sideways again.” The next races are at the Spanish Grand Prix in Jerez on May 4th and 5th.