Racing History: When Eddie Lawson Left Yamaha, Won On A Honda, And Changed Everything

Racing History: When Eddie Lawson Left Yamaha, Won On A Honda, And Changed Everything 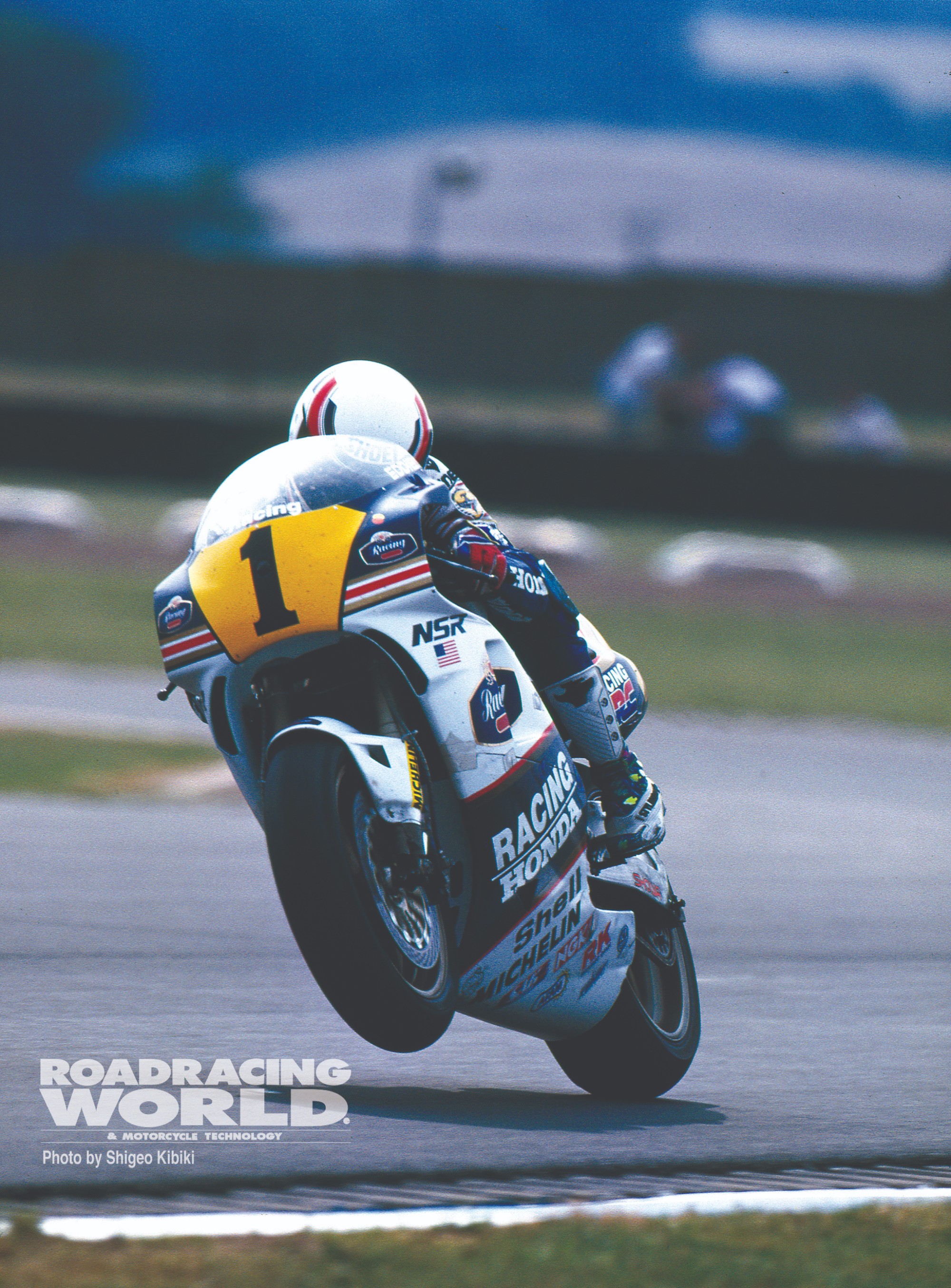 Featured in the June 2019 Issue of Roadracing World:

It was 30 years ago this summer that American Eddie
Lawson became the first rider to win back-to-back 500cc World Championships on
different brands. Premier-class Grand Prix bikes were never nastier than in the
1980s—two-stroke power was pushing them towards 200 mph, overpowering tires,
frames and suspension.

Honda’s NSR500 was the nastiest of the nasty. The
single-crank V4 had a precipitous power curve that was too much for any
chassis, let alone the strange things HRC engineers created at the time. HRC
tried to tame the NSR with weird geometry, frame rigidities, and centers of
gravity, none of which worked.

The bikes were fast—quick enough to take Freddie
Spencer and Wayne Gardner to the 1985 and 1987 World Championships—but they
were hellish to ride and not getting any better. “The 1988 bike was a piece of
s***—it was just an evil thing,” recalls Gardner.

Thus when Eddie Lawson quit Giacomo Agostini’s
Marlboro Yamaha team to join Erv Kanemoto’s Rothmans Honda team for 1989, most
of the paddock thought the Californian had lost his mind. Lawson’s first few
outings on the 1989 NSR500 suggested they might be right …

-Racing History by Mat Oxley, in the June 2019 Issue of Roadracing World

Legendary
tuner and crew chief Erv Kanemoto was responsible for transforming the vicious
Honda NSR500 into something that World Champion Eddie Lawson said finally
“felt like a motorcycle.” In doing so, Kanemoto and HRC started down
a path of chassis development still followed by the very latest Grand Prix
machines. Grand Prix Editor Mat Oxley details the pivotal 1989 500cc Grand Prix
season in the June 2019 issue of Roadracing World!