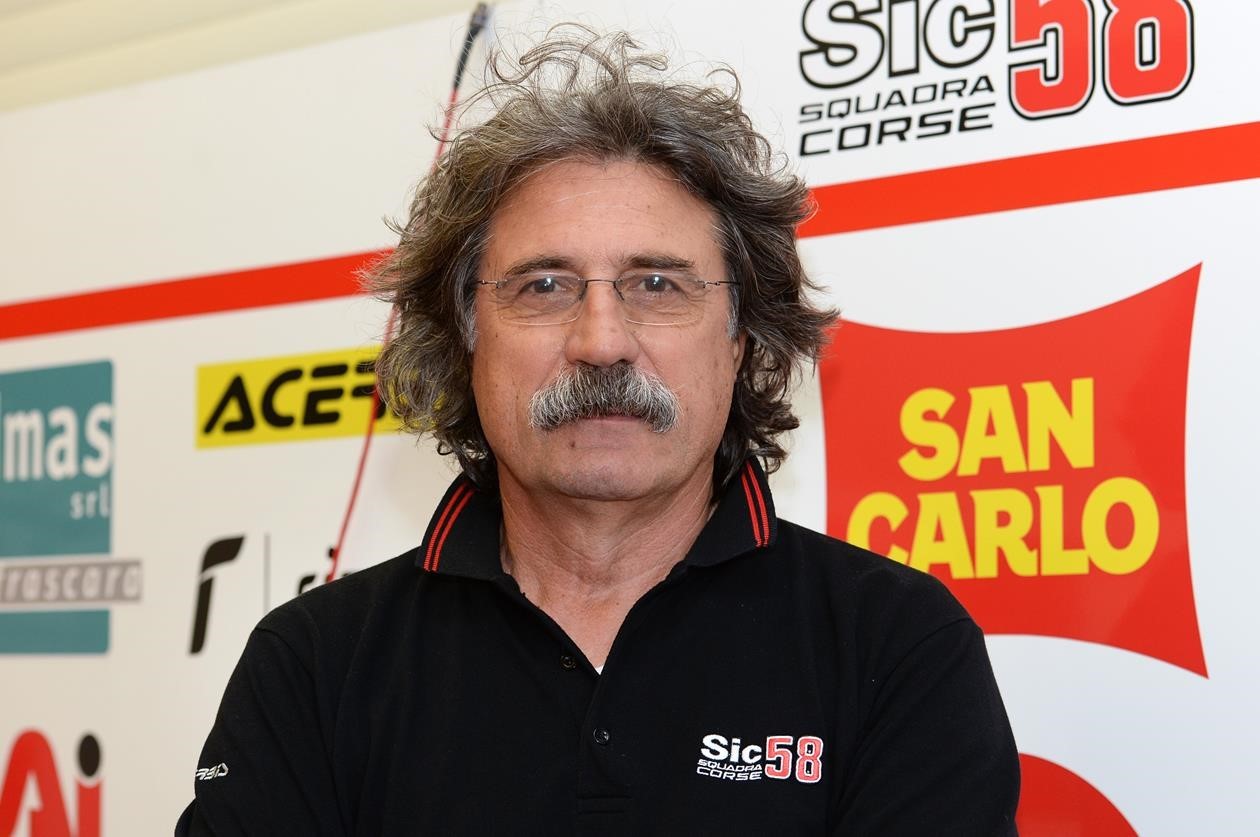 Among the list of newly created teams taking part in the FIM CEV Repsol in 2015, the SIC 58 SQUADRA CORSE team stood out. This pioneer project was set up and led by Paolo Simoncelli. The team’s excellent projection, coupled with the sparkling riding of the two team members, provided plenty of thrills during the course of the season.

But it was Paolo Simoncelli who truly experienced these emotions at first hand, and here he shares his thoughts with us.

• Where did the idea of having a team in the FIM CEV Repsol come from?

All the doubts and uncertainties disappeared when in the first race of the Italian Championship, I saw my wife and Martina, my daughter, come into the box to see the race. I realised then that I had chosen the right thing to do!

The objective of this project is to help young Italian riders financially and technically to pursue their dream of becoming world champions. Immediately I realized that to get to the World Championship, the only real route was via the FIM CEV Repsol, which is so professionally run, and has a really high level in terms of racing.”

• How do you see the evolution of the riders during last season?

“I am pretty satisfied with our first season in Spain, considering that both the team and riders were essentially beginners.

Tony Arbolino paid for the consequences of being 14! His horrible accident at Le Mans in the first few corners made us fear the worst, and his slow but steady recovery caused problems throughout the rest of the season, but also highlighted his natural talent.

Stefano Valtulini, considered the old man of the team at 19, was the best surprise for me. Unfortunately Stefano had never been with a team which as well as providing the bike also helped him improve his riding, so we worked together on that. He has improved a lot, has always finished well, and he even took a podium at Aragón.”

• What are your plans for the near future?

“In the future we are going to keep on selecting very young riders (12-14 years) in Italy, so they can develop in the FIM CEV Repsol and – why not? – bring them to the World Championship!

The riders are getting better, the team works well, the structure is fine, but above all, our guys have been able to experience another important step in achieving their dream – a beautiful dream like Marco had, which we hope will be strong enough to get two of them into the World Championship.”

All the results, videos, photos and information on the Championship is on the official website: www.fimcevrepsol.com.