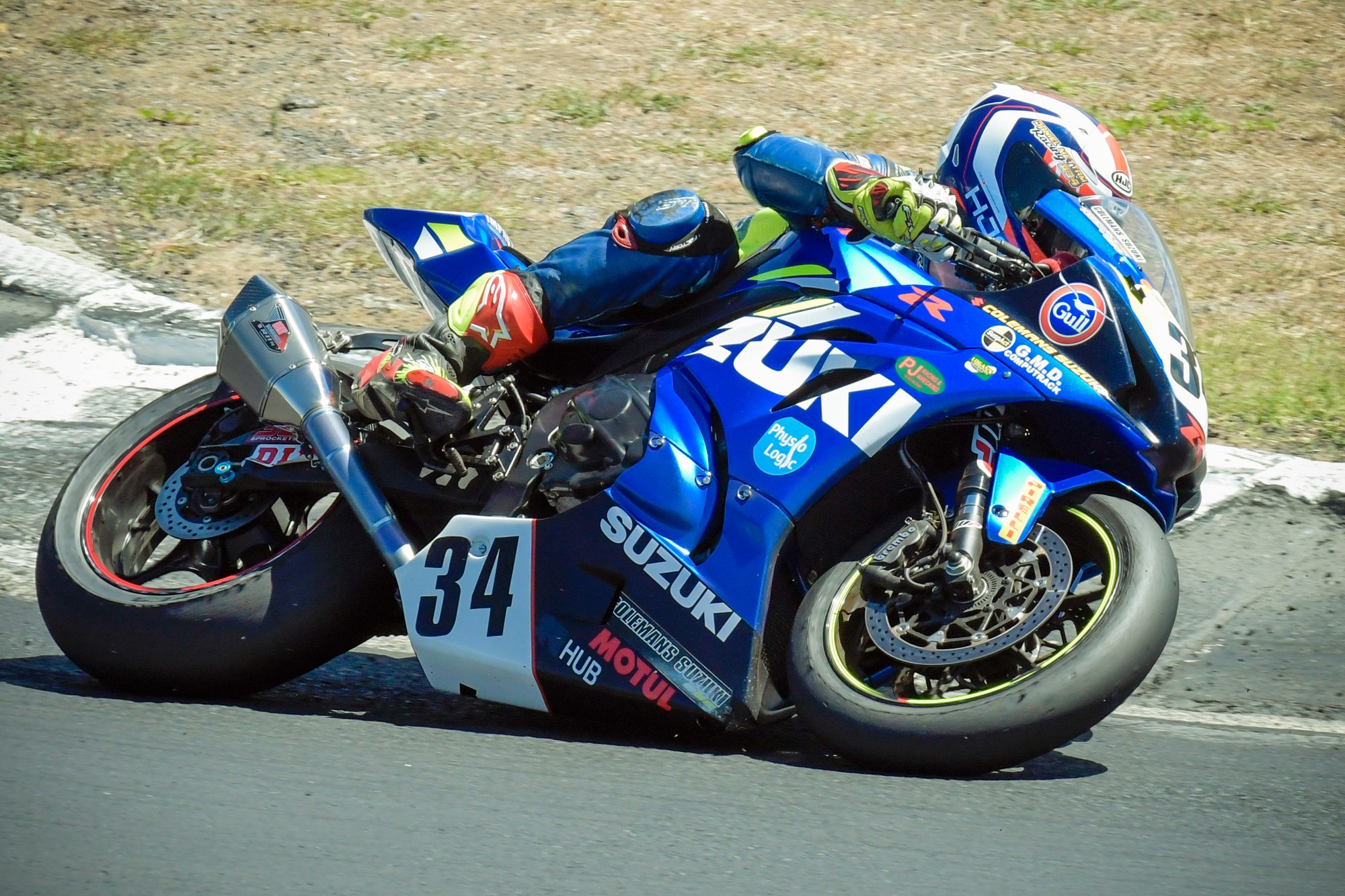 Suzuki rider Daniel Mettam went on the attack at the weekend’s third round of five in the 2019 New Zealand Superbike Championships at Hampton Downs, moving-up to second in the standings.

Fifth overall in the premier Superbike class at the start of the day aboard his GSX-R1000, a massive 43 points adrift of fellow Suzuki rider and series leader Scott Moir, the 23-year-old knew that he had to start winning races if he hoped to add the 2019 SBK crown to the Supersport 600 class title he took in 2016.

Mettam qualified third fastest on Saturday, but he then proceeded to win the opening Superbike race of the weekend that same afternoon. He was equally impressive in the next race the following day, although this time he had to accept the runner-up spot after a fiercely-fought battle with Moir and defending national Superbike Champion Sloan Frost (also riding a Suzuki GSX-R1000).

Saving their best for last, Mettam and Moir went on the rampage at the front of the field in the deciding final Superbike race of the weekend – this race with additional significance because it was also designated as the TT Trophy race – Mettam was eventually able to make his pass stick on the 10th lap of 15 and crossed the line less than a bike length ahead of Moir, with Frost taking the third podium spot.

It was a Suzuki 1-2 finish for the Superbike class at Hampton Downs, with Mettam on top and Moir second overall, despite Moir failing to finish the first SBK race on Saturday.

These results also gave the series standing a bit of a shake-up: Moir still leads the championship, but Mettam has rocketed up from fifth to second – 18 points behind Moir – while Alastair Hoogenboezem slips from second to third, Damon Rees remains fourth and Frost slips from third to fifth.

Frost had qualified on pole, but he crashed out of weekend’s opening race and this cost him dearly. He is just six points behind Rees and, with six more races to come of the final two rounds, there’s still plenty of room for movement.

“It’s quite a long championship this year and we still have six races to go, so I’m in a good spot. I’m 100 percent confident that I will be able to push for some more race wins. The points gap between me and Scotty (Moir) is not much. One mistake from him or one mistake from me and a lot could change.”

Meanwhile, there was a plethora of other motorcycling-related activities to capture the attention of motorcycle enthusiasts at Hampton Downs over the weekend, with the second annual Mike Pero MotoFest sharing the programme and the race track over the two days.

The riders now head to Feilding for the fourth round of the series at Manfeild on March 30-31st, followed by the fifth and final round at Taupo on April 6-7th.