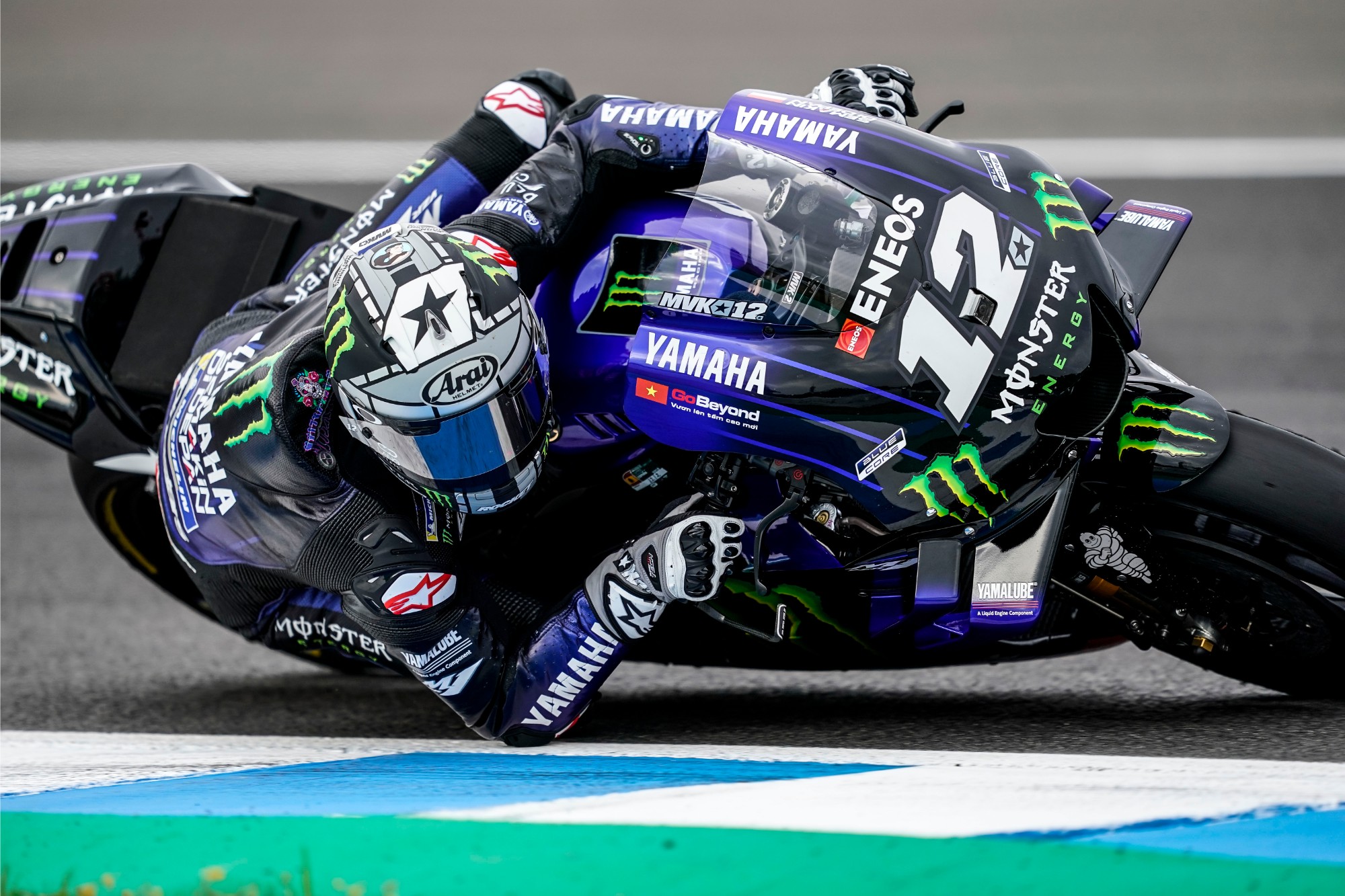 Monster Energy Yamaha MotoGP teammates Valentino Rossi and Maverick Viñales head to France for the fifth round of the MotoGP championship, held at the Le Mans Bugatti Grand Prix Circuit.

After the Jerez Test the Monster Energy Yamaha MotoGP Team are all set to get to work again this weekend for the Grand Prix de France.

Rossi is currently fourth in the championship rankings, but only nine points from the top. Knowing that the Le Mans circuit is usually well-suited to his Yamaha‘s nimble character, the Italian is looking to score his third podium finish of the season, and the odds are in his favour.

Viñales returned to the podium at the previous round in Jerez, which is essentially a difficult track for him. The third-place confidence boost made him determined to also pay a visit to the French rostrum again, of which he has fond memories. In 2017 the Spaniard secured a hard-fought win there on his YZR-M1, and one year earlier he also scored a MotoGP third-place race result.

The number-12 rider moved up from 12th to 6th place in the championship a fortnight ago and now has a 40-point gap to the leader. After last week‘s test he approaches the race in Le Mans with a positive mindset and will be giving his all to further fight his way up the standings.

The Bugatti Grand Prix race circuit was built in 1965, just a few kilometres from the city of Le Mans. MotoGP made its first visit to the iconic French track in the late sixties, and it remained a fixture until 1995. After some safety modifications, the 4.2km-long circuit was added back to the calendar in 2000. Its lay-out of five left and nine right corners places the emphasis on late braking, hard acceleration, and rear-end traction, which makes for some great battles, such as the head-to-head between Viñales and Rossi in 2017 to score Yamaha its 500th Grand Prix win.

“We‘ve kept pretty busy after the Grand Prix of Spain, because we want to show strong form at the French GP. We made some small improvements during the Jerez test, and we will give them another go this weekend to see if they give us an edge. We know that the Le Mans Bugatti circuit is usually a good track for us, so we want to exploit this weekend to the fullest and score the best results possible. We know both Maverick and Vale are fast here, so we aim to be competitive in every session of the race weekend and have both our riders fight at the front.”

“The Jerez test was quite positive and I think we can also try something during the weekend in France. Le Mans is a track that I like a lot, and our Yamaha is usually competitive there. The goal is to have a good weekend, work well from FP1 onwards, and be fast from the first day. We had a good race pace last year, so we want to start working from there. I’m hoping for good weather to work in throughout the weekend, so we can show our full potential. I want to get back on the podium, and we will do our best with the team.”

“Getting a third place in Jerez was a good confidence boost, for sure, so I‘m feeling positive. Le Mans is a circuit that I really like and it‘s also the track where I scored some of the best results of my career. So, to me, that‘s a track to be back at the top. I really like going there. I just hope that the weather will help us a little because, if not, Le Mans is a really tough track. In Austin we were quite fast in the wet, so we have to see. I‘m curious to see what we can do there.”