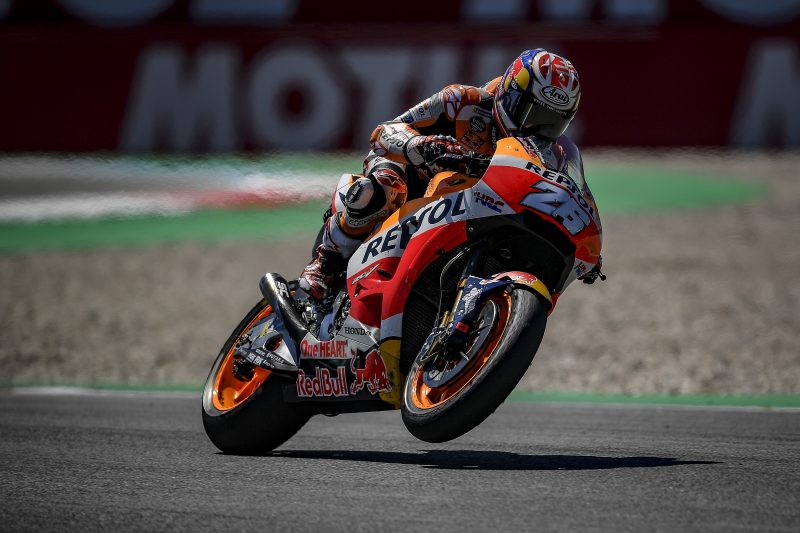 The Gran Premio de la Comunitat Valenciana will be an emotional event for Dani Pedrosa, his numerous fans around the world, and paddock friends in the MotoGP community. The three-time World Champion announced his retirement from racing at the German GP earlier this year, after 18 seasons in Grand Prix racing as a Honda rider.

One of the most successful riders of all time, (eighth on the All Time Wins list), Dani will be inducted into the MotoGP Legends Hall of Fame on Thursday in Valencia.

Meanwhile, Marc Marquez paid a visit last Tuesday to the Honda stand at the EICMA Show in Milan, Italy, then headed home to Spain to celebrate his seventh World Title with a great party in his hometown of Cervera.

Next Sunday, the squad will try to seal the Team Championship and thereby clinch the MotoGP Triple Crown, having already achieved the Riders Title in Japan and the Constructors Title in Malaysia.

“It was great to celebrate the title a few days ago in my hometown with my family, people and fan club, and now I’m looking forward to celebrating it with all the fans in Valencia. Of course we won’t have the pressure we had last year, when the title was still at stake, but our mentality will be exactly the same because we want to finish the year in a good way. Now we’re very, very close to achieving the Team Championship, and we’ll try our best to get it so as to complete the Triple Crown, which is important for us and for Honda, and which would be the perfect end to this season. I don’t want to lose the momentum or the way I’m riding at the moment, so I’ll try and focus like always for the entire weekend, and to fight for the win on Sunday.”

“Clearly, the next race in Valencia will be a bit special, as it will be my final race, so the feeling will be different than usual. It’s also going to be busy, because many of my people, friends and family will come there wishing to spend time together. Anyway, when I climb on my bike, my entire focus will be on riding. I like the track as it’s one of my favourites on the calendar, and of course I’ll try and get the best result possible on Sunday.”