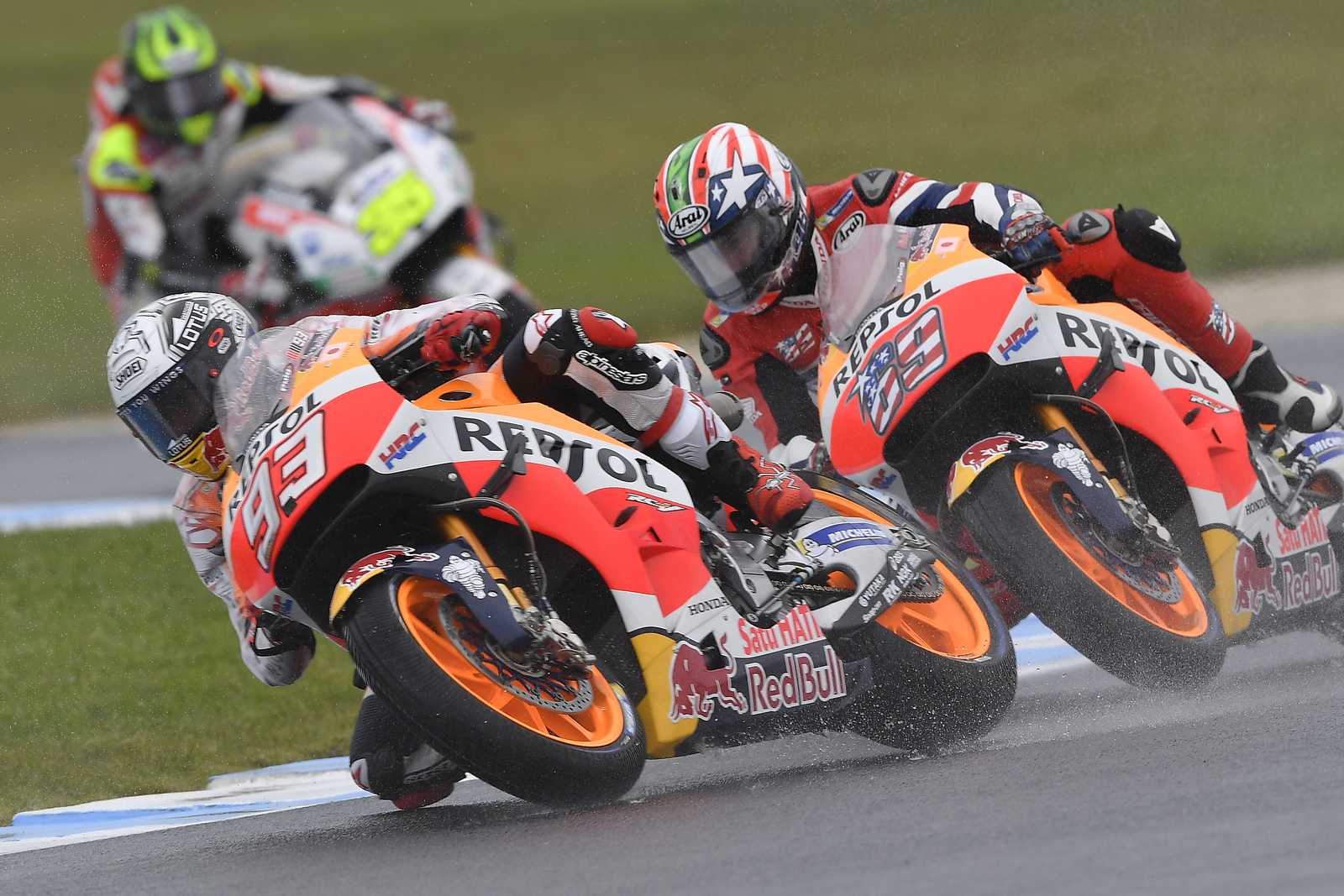 Repsol Honda Team heads to Mugello for the Italian GP

The Repsol Honda Team are en route to Mugello for round 6 of the MotoGP World Championship, the Gran Premio d’Italia, after a very difficult week sadly marked by the loss of fellow Honda rider and close friend Nicky Hayden.

On Wednesday of last week, Marc Marquez and Dani Pedrosa took part in a productive one-day test at Circuit de Catalunya, and they now prepare for two back-to-back races in Mugello and Montmeló.

At the Gran Premio d’Italia:

Marc scored the first GP win of his career in the 2010 125cc race and went on to collect two additional victories: 1 x Moto2 (2011) and 1 x MGP (2014). He also scored a second-place result last year at the Italian track, and he has two pole positions.

“The Mugello weekend will be very emotional. It’s tough to lose a friend, especially one who became very close during three seasons as teammates and over the years afterwards. I remember how much Nicky pushed, how hard he tried, never giving up while chasing his dream to win the MotoGP title. I also remember when I was suffering with arm-pump in 2015 and I announced I was going to stop with racing for a while after the first GP. He immediately came to see me to understand what was going on and it was him who actually recommended the doctor I had the surgery with. He was such a nice person and I’m so sad and sorry especially for his family. We will think of him and feel him close in our hearts when we go on track in Mugello, as we did at the Montmelo test last week. In Catalunya we lapped on the revised layout and worked on the front Michelin tyre we’ll have to use from now on. We learn and we made some adjustments to the setup over the day of testing and in the end we could manage and get a better feeling. We confirmed that our base set up is good. We finished the test in a positive way”.

“We were preparing to leave for Montmeló for a one-day test last week when we received the terrible news of Nicky’s passing. He was a great rider and an incredible person. I remember once, when I was a kid of 15 at the very beginning of my career in the world championship and he was the MotoGP World Champion: We took part in an event together and my English was very poor, so he tried to speak Spanish and he was very funny and easy-going, treating me as if I was his little brother. And then we shared the garage last year in Australia and had a great party together after the race. Like his amazing family, he had a great passion for motorcycling, and he will always be in our hearts. As for the test, we worked on the bike setup and we especially focused in trying the Michelin front tyre that we’ll use starting with the next race in Mugello. With this tyre I experienced less movement on the front, and the feeling was more consistent throughout the lap. It remains to understand how it will go for an entire race, but anyway, with my riding style I generally feel better with it and I’m confident that in Mugello it will help me a bit more.”