MotoGP: Jorge Lorenzo Says He Made A “Very Interesting Trip To Japan” That Should Help Him At Catalunya And Going Forward

MotoGP: Jorge Lorenzo Says He Made A “Very Interesting Trip To Japan” That Should Help Him At Catalunya And Going Forward 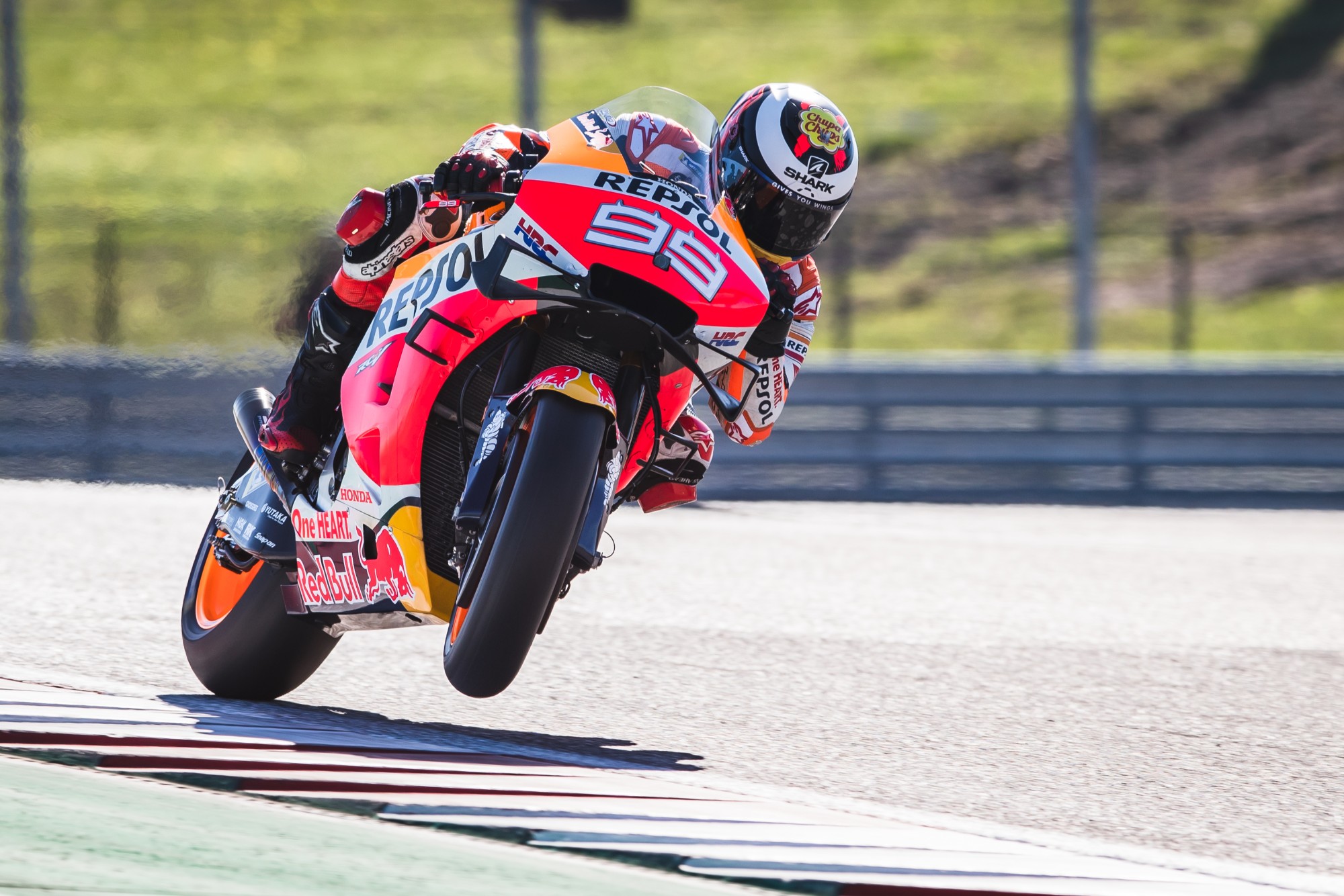 With the lead in the Rider and Constructor World Championships in hand, the Repsol Honda Team arrives in Barcelona ready to fight.

After a scintillating Italian GP, the Repsol Honda Team enters the Catalan GP with renewed vigour after narrowly missing out on victory in Mugello. Both Marc Marquez and Jorge Lorenzo are looking forward to added support from home fans at the 4.6km long Circuit de Barcelona-Catalunya.

Marquez has enjoyed a consistent podium record at the Catalan GP, failing to finish in the top three just once in the premier class. This bodes well as Marquez looks to continue building his championship lead over his title rivals, the reigning MotoGP World Champion currently 12 points clear of Dovizioso.

Jorge Lorenzo, current holder of the pole position and fastest race lap records at the Circuit de Barcelona-Catalunya, is hoping to rediscover his feeling from Le Mans on the RC213V. With five wins and seven podiums to his name, Lorenzo has enjoyed multiple successes at his home race in the past and arrives optimistic of more progress.

“We arrive in good form after Mugello. The bike and I are in a very good position now, I was able to rest a little between races and I’m back to full strength. There’s always a bit more excitement heading into a home GP and it’s always a great pleasure to ride in front of all the fans. I’m hopeful of another strong result here in Catalunya to continue the work we’ve been doing.”

“After a mixed weekend in Mugello, I am hoping that we can do good work this weekend in Barcelona. We will keep working at our maximum to close the gap to the front. We also have a test after the race, which I am looking forward to as well. I had a very interesting trip to Japan and we were able to work on many things, some which will help this weekend and some for the future.”