MotoGP: Cal Crutchlow Says “The Injury I Have Can Take A Recovery Time Of Up To 12 Months”

MotoGP: Cal Crutchlow Says “The Injury I Have Can Take A Recovery Time Of Up To 12 Months” 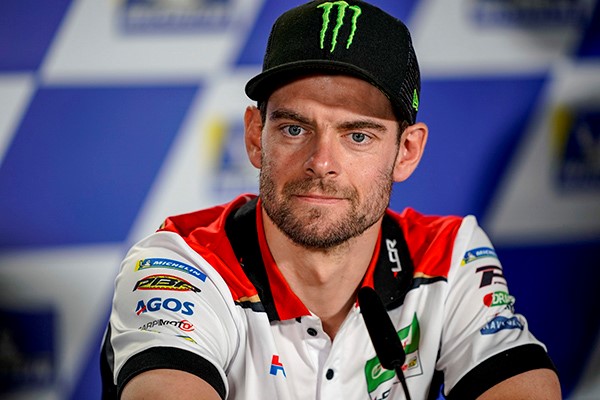 BRADL TO REPLACE CRUTCHLOW IN LCR COLORS AGAIN IN VALENCIA

Stefan Bradl will once again stand in for injured LCR Honda CASTROL rider Cal Crutchlow at the season-ending Valencia Grand Prix this weekend. Crutchlow sustained a fractured right ankle at Phillip Island in Australia last month and will not be fit enough to compete at the 19th and final round of the 2018 MotoGP calendar in Spain. Bradl – who previously represented the LCR Team from 2012-2014 – also deputised for the Briton in Malaysia and performed creditably as he finished in 13th position.

“First of all, I would like to say thank you for all the well wishes I have received since the Friday of the Philip Island GP. To all the medical staff at the circuit, my LCR Honda CASTROL Team, HRC and everyone who came to visit me while I was in hospital in Melbourne, especially my wife Lucy who travelled to be with me for the 12 days I had to stay. Also, Jake Harrison and Andy Roche for sorting everything out and, of course, our Team Manager Lucio (Cecchinello) who stayed with me every day until he went to Malaysia”.

“I had excellent surgeons in Matthias Russ and Dr Evans who initially put an external fixator on my leg until the swelling went down and they could operate, which was 6 days later. The crash resulted in a Pilon fracture of my tibia, fibia and talus bone. The surgery was completed in three and half hours and, along with reconstruction with artificial bone, two metal plates and eight screws were inserted”.

“The injury I have can take a recovery time of up to 12 months and, although as a typical motorcycle racer I thought I would be back in time for the Valencia GP, unfortunately this is not the case. I can’t put any weight on my ankle for six weeks, but am continuing to recover and having physiotherapy. This week I will start to try and cycle again and look forward to preparing for Sepang in February 2019”.

“I have had a fantastic season again with the LCR Honda CASTROL Team and HRC and I look forward to making more great memories in 2019-2020. Good luck this weekend in Valencia to my team and to all the people on the MotoGP grid. I look forward to watching the best motorsport championship there is as a fan this weekend.”

“I’m happy to be back with LCR in Valencia again. It’s another opportunity for me to show we can produce a good performance, just as we did in Sepang. It’s definitely going to be difficult because the forecast for Valencia looks quite changeable, but I hope we can continue where we ended our performance in Malaysia. We’ll be working closely with HRC and I’m looking forward to being part of the team again. Let’s see what we can do, I’m excited at the challenge ahead. Once again I want to thank HRC and Lucio (Cecchinello) for this opportunity and I wish Cal a very speed recovery… hope to see him back on his bike soon”.