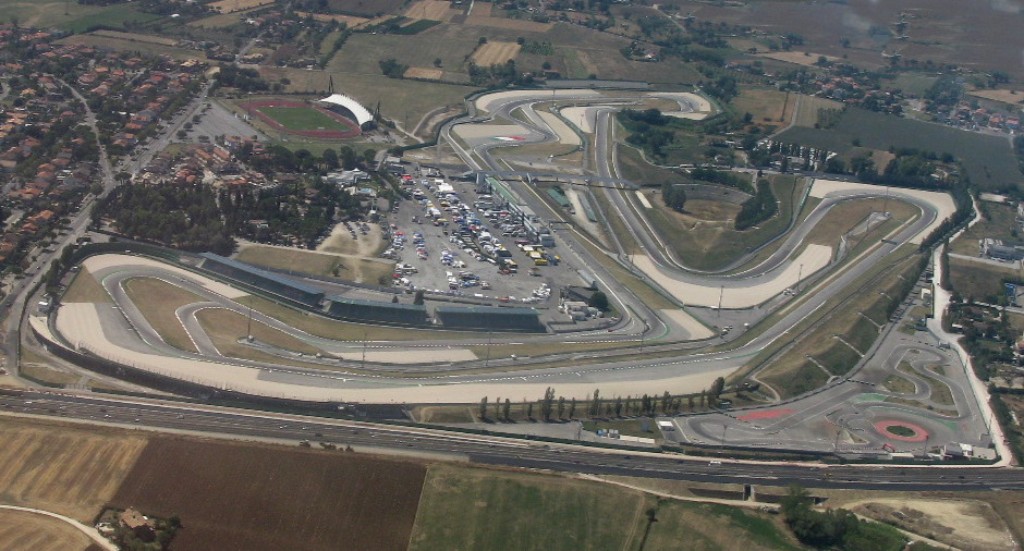 Championship Point Standings (after 4 of 6 races):

Ferrari doubles up as Garzo fends off Casadei at Misano

There’s no place like home to do the double and after claiming victory in Race 1, home rider Matteo Ferrari (Trentino Gresini MotoE) did it again on Sunday morning at the Gran Premio Octo di San Marino e della Riviera di Rimini, getting to the front and able to pull out a lead that proved unassailable. Tech 3 E-Racing’s Hector Garzo took second once again, coming out on top in a multiple-rider tussle on the final lap, with Mattia Casadei (Ongetta SIC58 Squadra Corse) snatching the final place on the podium at the final corner.

Ferrari was right in contention from the off, however, glued to the back of De Angelis as Maria Herrera (OpenBank Angel Nieto Team) made some serious headway on the opening lap to grab P3. Ferrari then took the lead at Turn 2 on Lap 2, with the top six locked together and separated by just 1.3. Soon after though, Lap 3 saw de Angelis have a big moment coming up the hill on the exit of Turn 7, creating breathing space for Ferrari. And he made the absolute most of it, edging away and leaving the rest of the field to fight it out for second.

De Angelis was the first one out of podium contention as his race then ended with a crash – a fast one at Turn 13, but rider ok. That left Garzo, Casadei, Niccolo Canepa (LCR E-Team) and Herrera all in that scrap, with Smith, Eric Granado (Avinita Esponsorama Racing) and Jesko Raffin (Dynavolt Intact GP) just off the back of that group in a battle for sixth.

It all came down to the last lap – and the last sector. Garzo was a little wide at the fast Turn 11 as the riders headed around it for the final time, back into the clutches of those on the chase, with Canepa trying to make a move stick on Garzo for second at Turn 14. The latter held the outside line and, subsequently, had the inside for Turn 15. But then, Casadei pounced for third. The Italian ducked underneath compatriot Canepa at the final corner.

Up the road, Ferrari took win number two of the weekend, with Garzo just holding on to second and Casadei securing the remaining place on the rostrum. Canepa missed out by just 0.055, with Maria Herrera only a tenth in further arrears as she completed the top five and took her best result in the Cup so far.

In the battle for sixth, Granado prevailed. Raffin also got the better of title hopeful Smith as the British rider picked up P8, with Nico Terol (OpenBank Angel Nieto Team) claiming his second top ten of the weekend in P9. Former former title leader Di Meglio closed out the top ten from the back of the grid, having crashed in E-Pole.

The FIM Enel MotoE™ World Cup took another twist at Misano, with Ferrari now taking a healthy 19-point lead in the standings to Valencia and Garzo the man just behind him. Just two races remain, and next it’s Garzo’s home turf…make sure to tune in for the season finale from the 15th to 17th November.

Matteo Ferrari: “A double victory here at my home GP is really incredible because yesterday the battle was really difficult with Xavi and Garzo but today…I pushed a lot during the first two laps to make a gap and I did it, so I’m really happy with the work with the team and thanks to everyone.

“Now we have to do only two races but I have 19 points advantage to second, so we’re really close and I have to do my best in Valencia!”