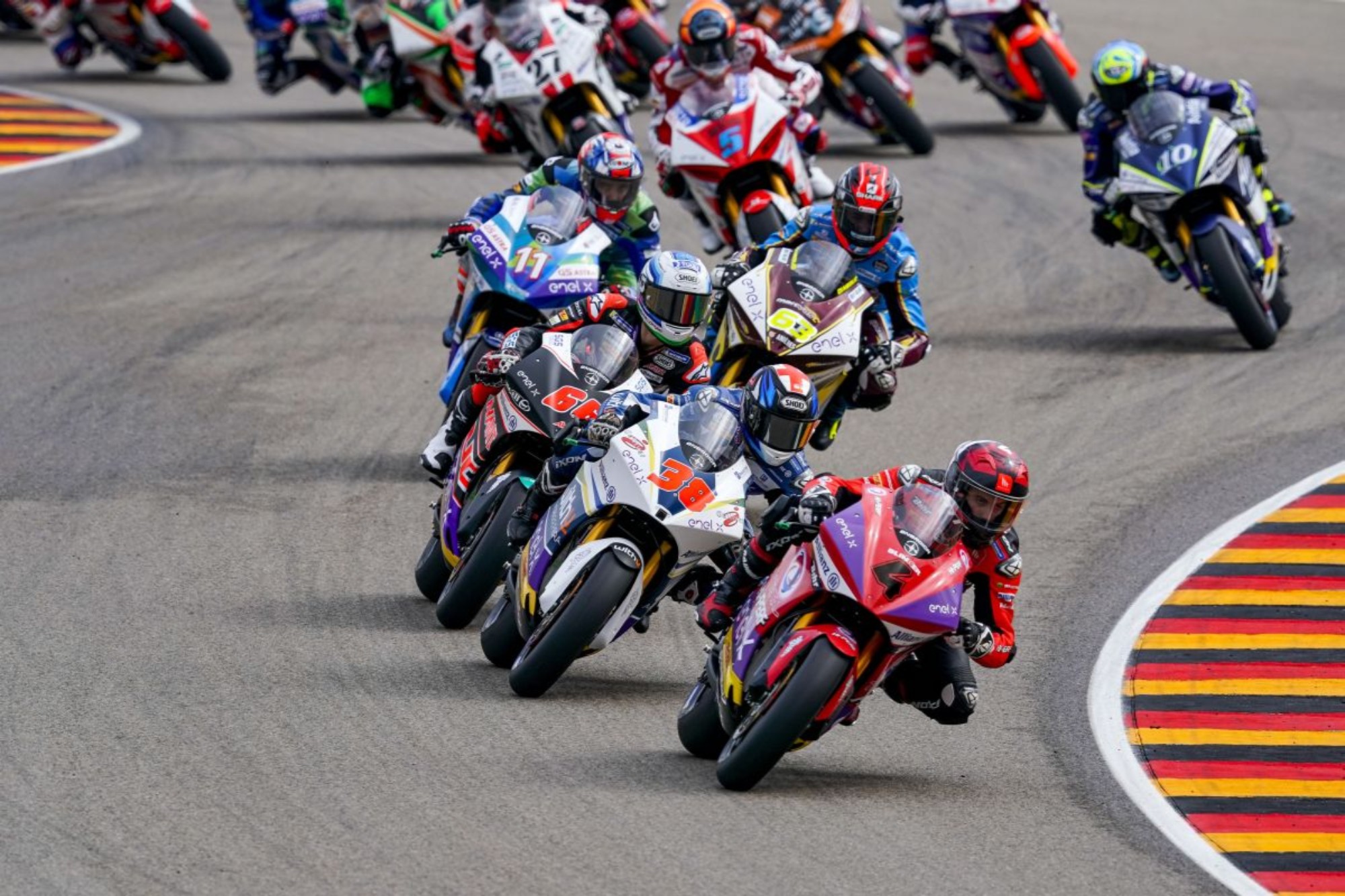 Will Tuuli be under attack in Austria? MotoE™ heads for the hills

After a scintillating first weekend of racing for the FIM Enel MotoE™ World Cup in Germany, it’s time to saddle up for Round 2 and head for the stunning Red Bull Ring in Spielberg. Niki Tuuli (Ajo MotoE) leads the way as the grid prepare to fight it out for another 25 points, with Austria presenting a very different challenge.

The Sachsenring is tight and twisty, which the Red Bull Ring most definitely isn’t. Testing at Valencia and Jerez had created some expectations ahead of the season opener, but practice in Germany certainly saw the order shuffle as the grid took on the unique track. So will that also be true as we switch it up again and head for Spielberg?

The likes of Tuuli and fellow podium finishes Bradley Smith (One Energy Racing) and Mike Di Meglio (EG 0,0 Marc VDS) will be hoping not, as will Hector Garzo (Tech 3 E-Racing), who all had some serious speed in Germany. But the likes of Eric Granado (Avintia Esponsorama Racing) need more from Round 2 after a tougher start, with a six-race calendar making every point crucial in the fight for the crown.

Matteo Ferrari (Trentino Gresini MotoE) will be looking to bridge the gap to the front quartet and hoping the Red Bull Ring is the place to do it, too, with the Italian having completed the top five last time out. And Alex De Angelis (Octo Pramac MotoE) and Xavier Simeon (Avintia Esponsorama Racing), who were only tenths apart, will be eager to take that duel a few places forward.

Sete Gibernau (Join Contract Pons 40), meanwhile, made a huge step forward once the lights went out and came out on top in an incredibly close fight throughout the points. He led Nico Terol (Openbank Angel Nieto Team), Mattia Casadei (Ongetta SIC58 Squadra Corse), Niccolo Canepa (LCR E-Team), Jesko Raffin (Dynavolt Intact GP) and Kenny Foray (Tech 3 E-Racing) over the line when the race was stopped, with only a second separating a solid top ten from only a couple of points for those in the squabble. That’s sure to reignite at Spielberg.

Two practice sessions on Friday are joined by a new FP3 on Saturday morning in Austria, with all three deciding the order the riders then head out for E-Pole at 16:00 (GMT +2). Will Tuuli rule the Ring? The six-lap race begins at 10:00 on Sunday.

Energica is back to business this weekend as the FIM Enel MotoE™ World Cup heads to the Red Bull Ring in Austria for the second round of the 2019 – and first-ever – edition of the series. Following a stellar debut at the Sachsenring one month ago, the 18 identical Ego Corsa machines are ready for more action on the high-altitude, fast and flowing track near Spielberg in Styria.

Last year, the Energica team performed some extensive testing at the Red Bull Ring with Alessandro Brannetti and Loris Capirossi, with lap times that ultimately were in line with the ones set in Moto3. That was also the first time the then-in-development Ego Corsa was close in terms of technical package to the one currently fielded in the FIM Enel MotoE World Cup.

With five individual races and a total of 125 points up for grabs, this second event in the history of the all-electric World Cup powered by Energica will be extremely important for the title-winning hopes of the 18 riders involved. But track knowledge can make a lot of difference, as only a few riders in the field have previously raced at this venue – which was only introduced into the MotoGP calendar in 2016.

Of the riders who made it to the podium in Sachenring, only the winner Niki Tuuli (Ajo Motorsport MotoE) and Bradley Smith (One Energy Racing) have previously raced at the Red Bull Ring. Third-placed Mike Di Meglio (Marc VDS), however, rode on this fast circuit back in 2016 when he was a MotoGP official test rider.

The good news – especially for those who are yet to get to grips with the track – is that an extra 20-minute free practice session has been added to the schedule on Saturday morning at 8:30 local time (GMT+2). The rest of the timetable remains unaltered, with Friday’s free practice sessions due to get underway at 11:50 and 16:50. The single-lap E-Pole will take place on Saturday at 16:00, with the six-lap race set to begin on Sunday morning at 10:00.

To know where watch the action from the second round of the FIM Enel MotoE World Cup, click here!