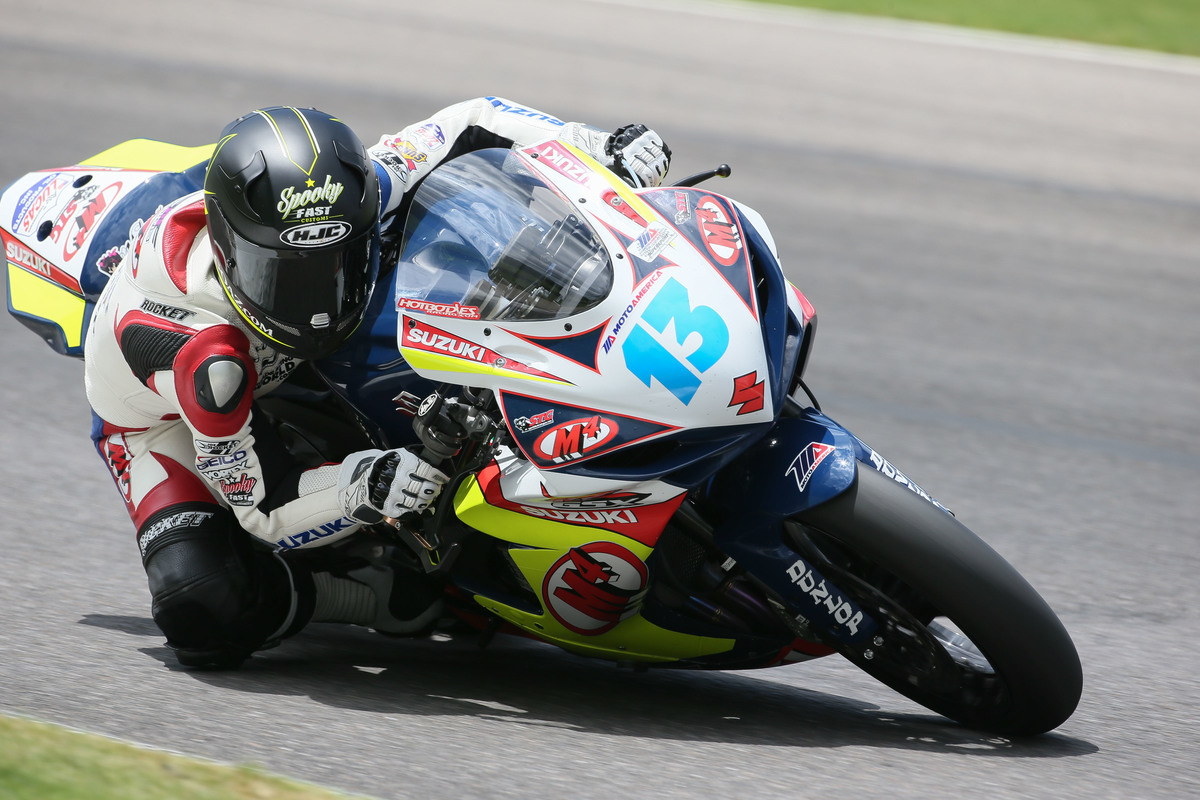 After starting her 2015 MotoAmerica Supersport Championship campaign, racer Melissa Paris realized that her sponsorship budget was at a deficit to complete her season. Faced with no alternatives, the 32-year-old Californian partnered with Dark Horse Pros, a crowd-funding website that specializes in helping action sports athletes, and launched an ambitious campaign to raise $30,000 in 30 days. The catch was if she didn’t meet her goal, none of the money pledged could be collected. It was all or nothing for Paris. But on June 10, one day before her deadline, Paris reached her goal.

“I didn’t make the goal. About 300 of my fans made the goal!” Paris told Roadracingworld.com in between practice sessions Friday during the MotoAmerica event at Barber Motorsports Park. “It was definitely a sigh of relief. I didn’t realize how stressed I was about it until that moment when we passed $30,000, because then it was like this huge weight was lifted off my shoulders that I didn’t realize was there. It was such a gnarly experience. The whole thing from start to finish really gnarly.

“I think the most overwhelming thing was how supportive people were. Media was really good about supporting it, and some of my [social media] posts were getting shared over 100 times. That’s so cool. That is inspiring when you come to the racetrack, when you realize there are so many people who actually put their money where their mouth was and said ‘I want to help keep Melissa racing.’”

Paris said she would recommend the Dark Horse Pro crowd-funding program to other racers, but she never wants to go searching for $30,000 again.

“Honestly, this is not the ideal way to raise money to go racing,” said Paris. “I think if I was one of the kids raising money to go race in the KTM series it would be a good idea. Their budget to go racing is a lot less. Maybe they got a sponsor that gave them the bike. Maybe they got a sponsor to pay for their tires, and they just need $5000 travel money. This would be a really cool platform for stuff like that.

“For me to go and try to raise that much money again, I don’t think I would undertake it a second time. I needed to do it to keep racing so that’s why I did it, but it was a long shot. It worked out, but I wouldn’t press my luck. I would recommend it to anyone who finds themselves in the position I was in.

“At the end of the day it kept me racing, and beyond keeping me racing it created a really cool connection to a lot of my friends and fans. I really don’t think I realized how many people were supporting me. That was a real eye-opener. I feel like people want me here, and that’s kind of nice.”

Paris’ campaign actually exceeded her goal of $30,000 and raised $31,032. The excess raised will be donated to Project Podium, a program created by auto racer Lyn St. James that provides grants to female racers. Project Podium provided a grant to Paris for her 2014 season.