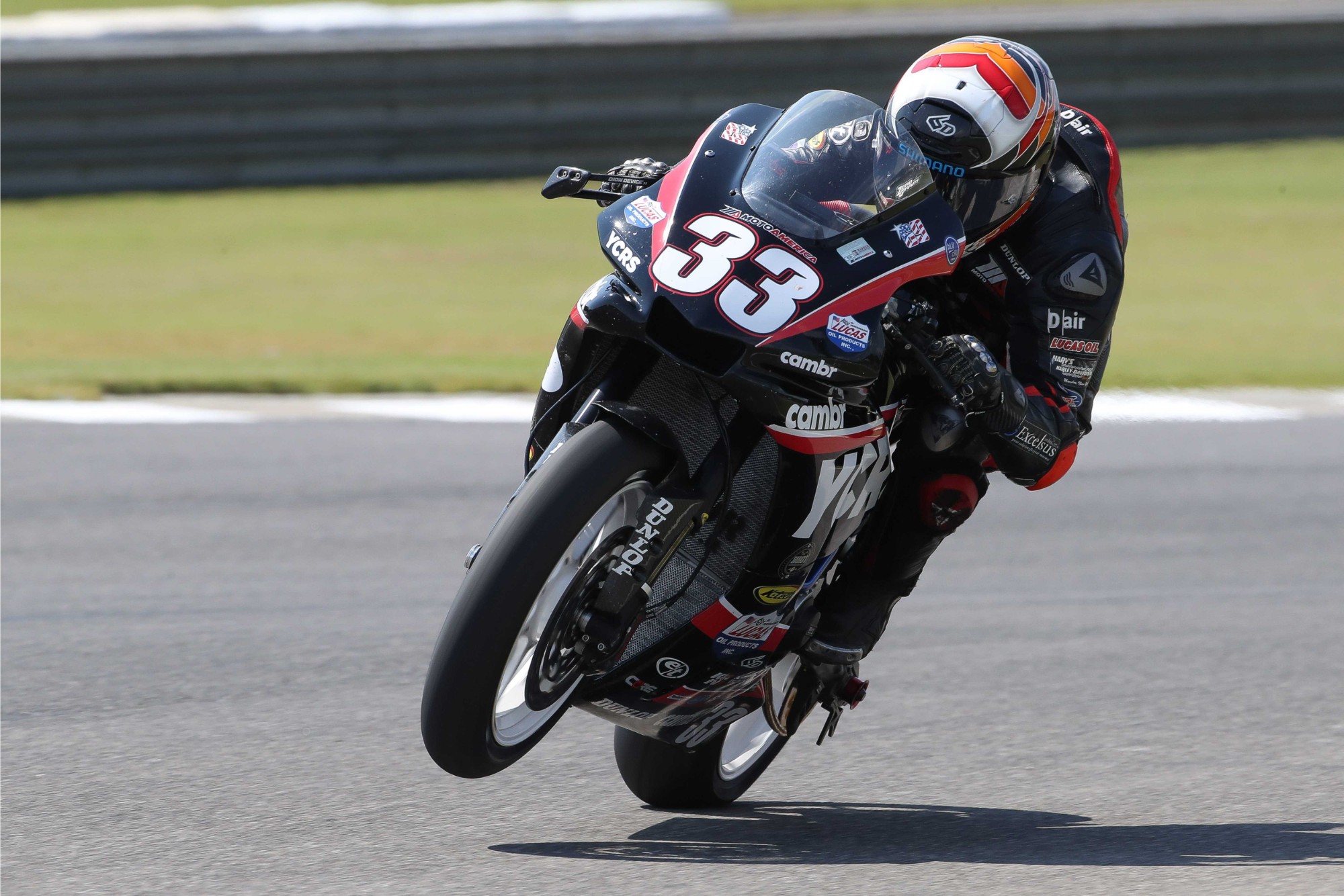 LEEDS, Ala. — Kyle Wyman withdrew from the MotoAmerica Superbike season finale at Barber Motorsports Park in Leeds, Alabama this past weekend after a massive crash on his Cambr/YCRS/KWR Yamaha YZF-R1. Wyman suffered a fracture to his T6 vertebra after a high speed impact with Airfence in the Saturday morning free practice session.

Wyman was the fifth fastest rider overall after Friday’s qualifying sessions on his Cambr/YCRS/KWR Yamaha. The New Yorker was carrying his momentum from his first career podium finish at New Jersey Motorsports Park just days earlier. 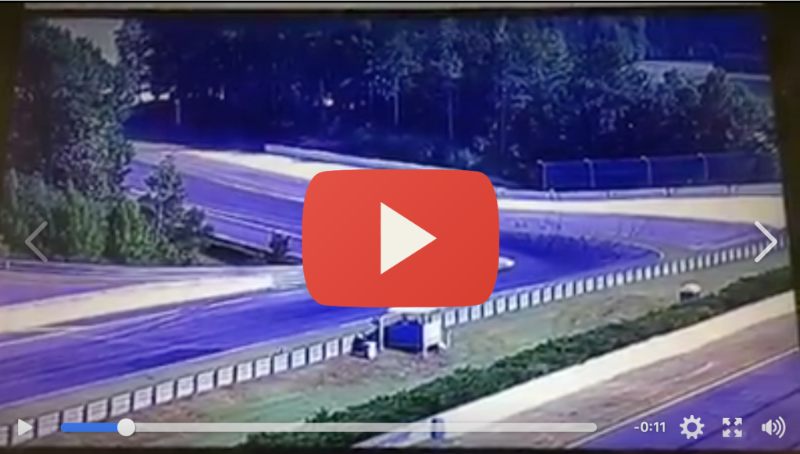 Wyman was on a routine practice lap Saturday morning when a mechanical failure caused a complete loss of front brakes. The incident occurred entering turn one of the race circuit, just after the start/finish line. Wyman was traveling at 150 mph when pulling on the brake lever.

“I had no warning that things were about to get really, really bad,” Wyman said. “The bike was feeling so good all day Friday, and Saturday was going to plan. When I went for the brakes the lever went straight to the bar and I had nothing. Somehow I was able to still turn the bike into the corner, bail off the inside of it and before I knew it I was in the Airfence.”

Wyman hit the Airfence at well over 100 mph, with speed only scrubbed with some rear brake and from tumbling over a distance of only a few hundred feet. His Dainese D-Air system deployed, creating a protective airbag around the neck and shoulder area, and Wyman was also wearing his 6D ATS-1 helmet. Even with the best protective gear in the business, Wyman is convinced that it’s the Airfence that saved his life.

“The impact was huge,” Wyman added. “I hit so hard that it knocked the wind out of me completely. I just sat there and leaned up against the fence, looking back up at the corner. I had no clue where my bike was but I didn’t care – I was just happy to be alive in that moment.”

Wyman’s Yamaha YZF-R1 barely slowed as it barreled toward another section of Airfence, likely impacting at over 130 mph. A riderless bike that certainly would have carried Wyman to a different outcome if he was still on board. 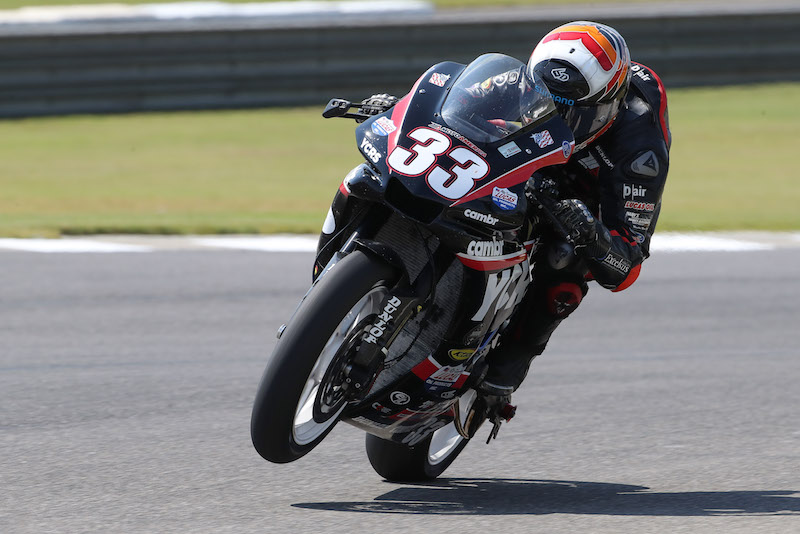 The Airfence used is inflatable, and covers steel and concrete walls around circuits on the MotoAmerica schedule, walls that would otherwise be unforgiving in the event of an impact with rider or machine. The Roadracing World Action Fund is a non-profit organization that raises money to purchase and deploy Airfence at circuits nationwide, protecting riders in the process. To donate to the Roadracing World Action Fund go to https://www.roadracingworld.com/actionfund/.

“This is the second time in my career that I’ve gotten to know these Airfence soft barriers on an intimate level,” Wyman said. “Both times I believe my life was in danger, and have come out on the better end of what could have been much worse. I think the way I came off the bike, and the Dainese air system in my suit, combined with the soft barrier and a little bit of luck all played a major role in my ability to stand here today and talk about it.”

As for missing both Superbike races on Saturday and Sunday, Wyman’s injury to his T6 vertebra would force him out of competition in what was shaping up to be a good weekend for the Cambr/YCRS team. 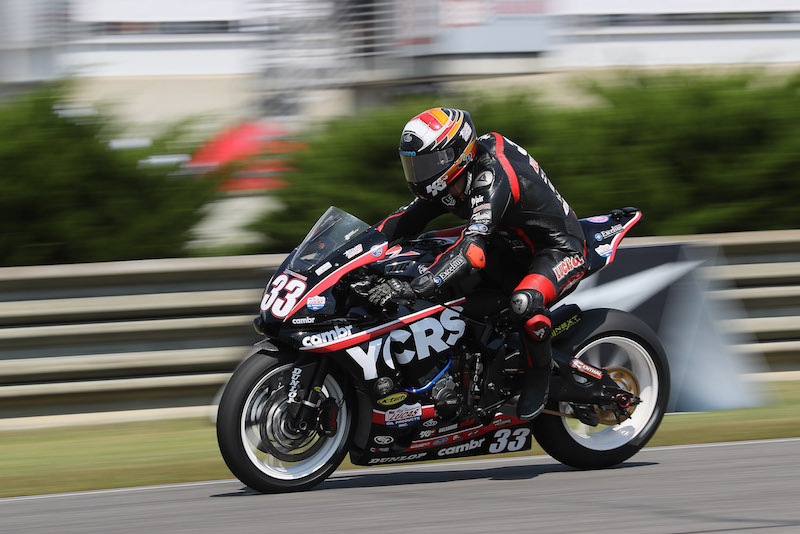 “I’m bummed that I couldn’t race and put our YCRS Champions Habits on display,” Wyman added. “I can’t thank those guys, and Josh Siegel enough for stepping up these last two rounds to support me. I’m still on a high from Jersey and our first podium result, so we have some good vibes to take into the off-season regardless.”

“I owe it all to YCRS, Cambr, Lucas Oil, Excelsus Solutions, Décor Brilliance, Shadrack’s Woodworking, Harv’s Harley-Davidson and Motovation USA for their amazing support this season, and so many others. But these guys really reached into their pockets as weekend sponsors and supporters who believed in my program and my vision. I’m looking forward to continuing to build my program as we head into 2018.”

While the MotoAmerica championship has concluded for 2017, stay tuned for updates and videos from the KWR team.

Video: Chris Ulrich Turns A 1:36.2 Lap Giving A 2-Up Superbike Ride At Barber

Performance Riding Experience (PRE) will hold a soft-barrier fund-raiser in conjunction with the ...
Read more