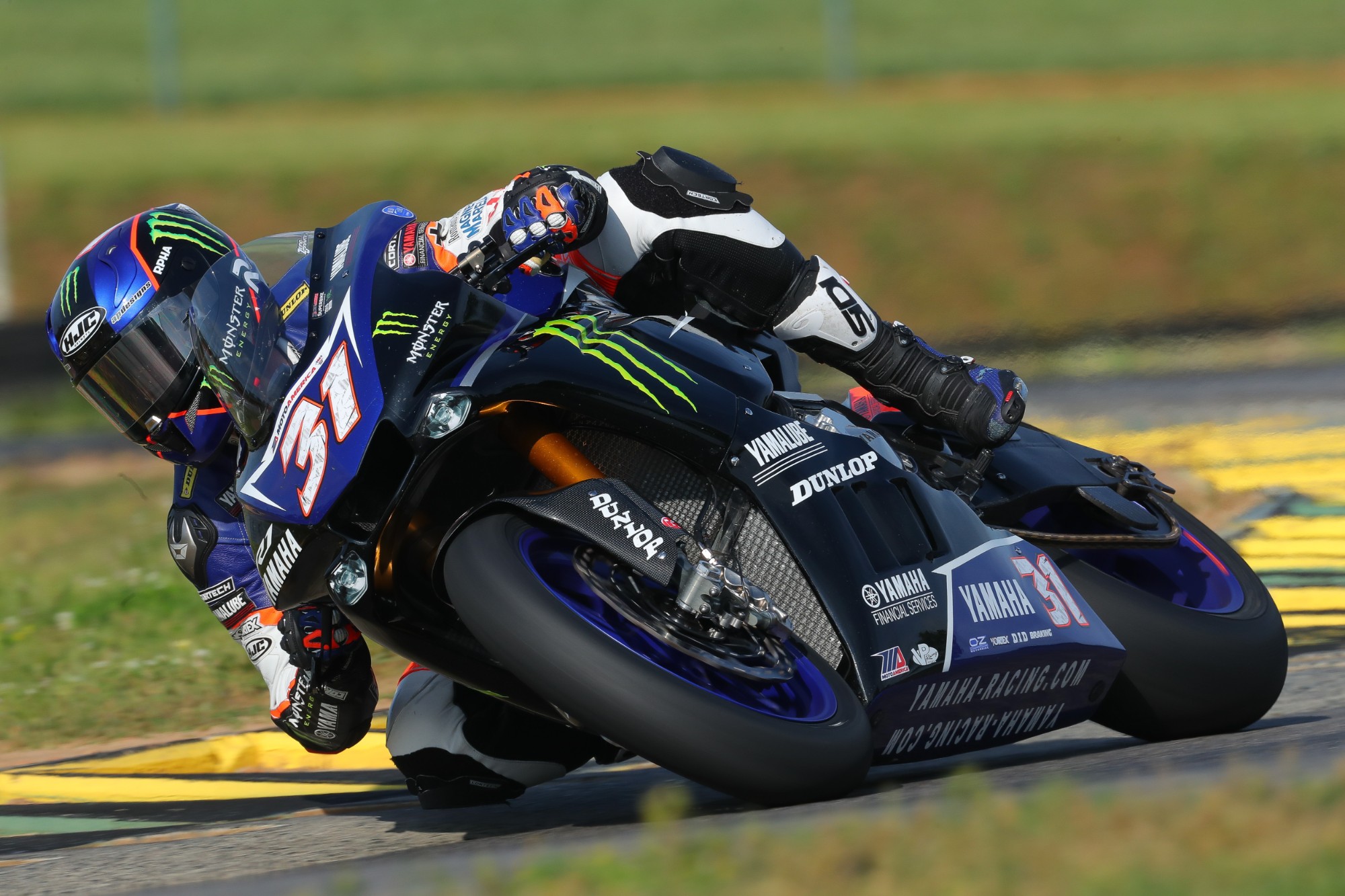 MotoAmerica is removing the EBC Brakes Superbike Superpole
qualifying session and making some other changes to the schedule for its next two-day
event June 15-16 at Utah Motorsports Campus, in Grantsville, Utah.

The changes were announced in a bulletin issued only to competitors
and entrants today. That bulletin read, in part: “Thank you for your feedback
on the two day schedule. We listened to your comments and made a few
adjustments.

“Finally, we shortened but added a session for both Twins
and Stock 1000 competitors. It is currently planned to alternate the session
format for these classes. For example, Stock 1000 has two sessions on SATURDAY
at Utah and one on SUNDAY. At Sonoma the tentative plan is to swap and have
Twins Cup participate twice on SATURDAY and once on SUNDAY.”

Roadracingworld.com was unable to contact MotoAmerica COO
Chuck Aksland to get additional information prior to post time.

For reaction from stakeholders, Roadracingworld.com reached
out to Richard Stanboli, owner/crew chief for Attack Performance/Estenson
Racing Superbike racer JD Beach, who said, “I wish they would’ve done both [Superbike]
races on Sunday and left Superpole. That would have spread the load a little
bit better, I think, and not given up another competition, I guess you could
call it. Superpole is always kind of exciting. I think people like watching
Superpole. I know I enjoy it.

For more reaction to the changes in MotoAmerica’s two-day
event schedule, Roadracingworld.com contacted Chris Ulrich, Vice President of
Operations for M4 ECSTAR Suzuki Superbike rider Jake Lewis and Supersport
riders Bobby Fong and Sean Dylan Kelly, who said, “I’m kind of indifferent
about it. Superpole is fun. It’s an interesting format, but in the end with
this type of schedule it’s really taxing on the crew and the riders and
everyone else.

“It’s [Superpole] one 15-minute session. It adds some excitement to the
show, but in the end it’s relaxing the schedule slightly for a couple of the
other classes. Giving more time to the Supersport guys between their qualifying
session and race is a good deal for them. It takes a little bit of the stress
off. My team was caught out by that at VIR with Sean. He crashed during
qualifying, it took a long time for his bike to be brought back to the pits, it
had some significant damage, and our guys weren’t able to repair it properly
before the start of Supersport Race One.

“This new schedule is fine by me. Maybe they’ll get more
feedback and have another look at the two-day schedule again after the Utah
weekend and make more adjustments. I think it might be cool to have a short Superbike
Superpole race on Saturday to set the grid for two shorter Superbike races both
on Sunday.”

MotoAmerica COO Chuck Aksland returned Roadracingworld.com’s phone call shortly after post time. When asked about the feedback from stakeholders and the resulting changes to the new two-day event schedule, Aksland said, “The basic premise of most of the feedback was Saturday was
pretty busy for everybody, including our staff. There was no lunch break.
People wanted to have a little bit of a break at some point during the day.

“And
also we noticed in Supersport there was a problem with Sean Dylan Kelly and
there wasn’t really enough time to react to a major incident and get ready for
the race.

“And the Stock 1000 and Twins Cup guys had some
input on what they would like to see. So we made the adjustments.

“We have four of these [two-day] races, and I think getting the feedback
was good, and we’ll develop them accordingly, and see how this next one goes, and
see what people think, and if there still needs to be more adjustment we’ll
look at that as well. It’s a busy couple of days but there’s pros and cons to
it. So we’ll just keep working at it.”