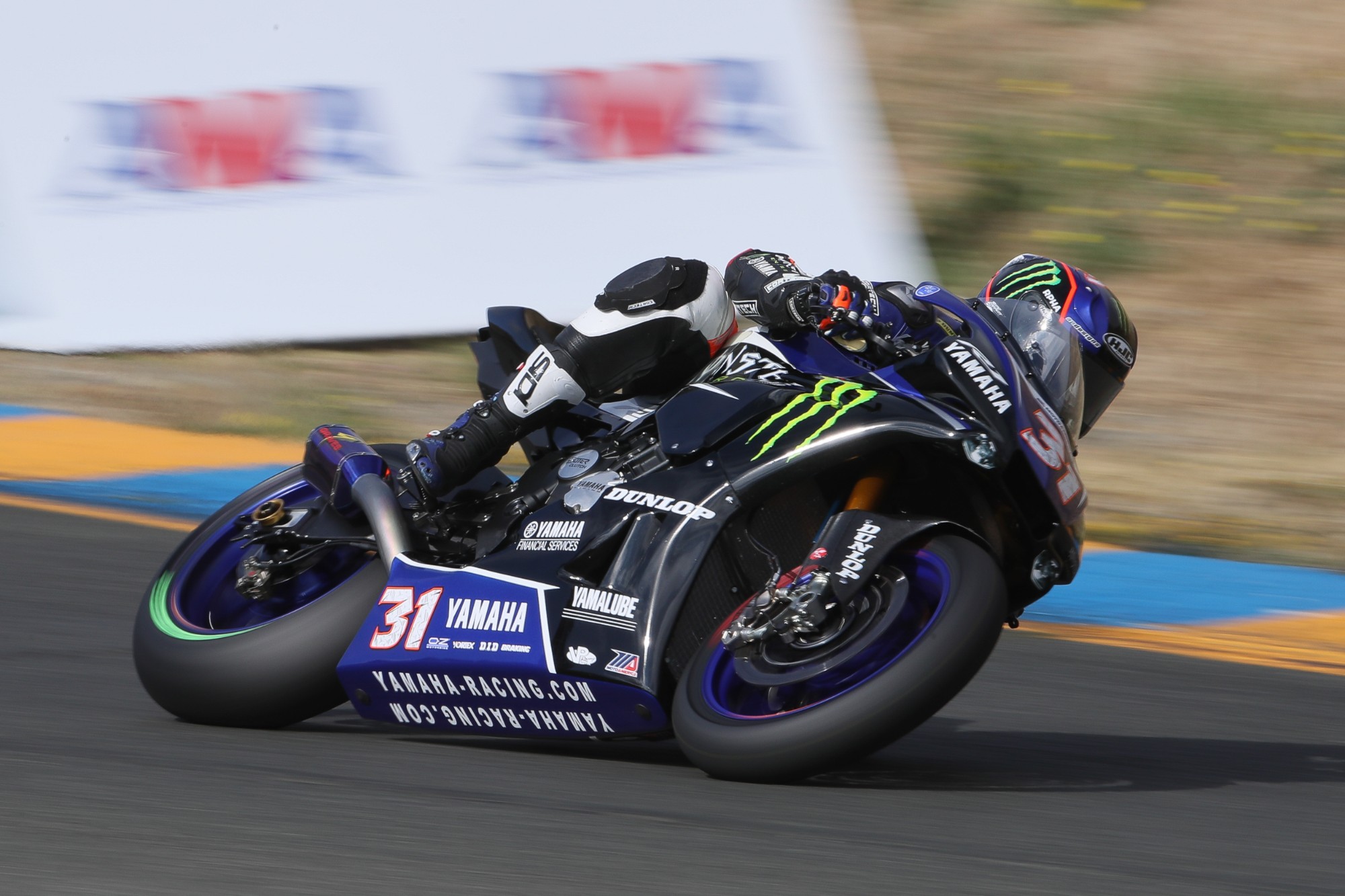 Gerloff Leads Day One At PittRace

Texan Continues With The Hot Hand

WAMPUM, PA (August 23, 2019)– Garrett Gerloff continues to hold the hot hand in the 2019 MotoAmerica EBC Brakes Superbike Series, the Monster Energy/Yamalube/Yamaha Factory-backed Texan leading the way on opening day in the Championship of Pittsburgh at the Pittsburgh International Race Complex.

Garrett Gerloff led the way on the opening day of the Championship of Pittsburgh, the Texan and his Yamaha posting the fastest time in both sessions.|File photo by Brian J. Nelson.

Gerloff, who has won two of the last four races and finished second in the other two, was fast in both sessions on Friday, turning in a 1:41.387 in the first session and a 1:40.521, in the second. Gerloff, with his solid results of late combined with the miscues of both Toni Elias and Cameron Beaubier, has inserted himself into championship contention and sits 40 points behind Elias and six behind his teammate Beaubier going into this weekend’s two races at PittRace.

Gerloff ended up besting Beaubier by .292 of a second with those two the only riders to crack the 1:41 barrier. For reference sake, Beaubier earned pole position for last year’s race with a 1:39.937 in Superpole, using qualifying tires.

“We came into the session with half of the bike being totally different, but it was a setting that we’ve tried before, and it felt really good, especially compared with the first session,” Gerloff said after earning provisional pole position. “I feel really consistent and fast on both rear-tire compounds. This track is super-fun, the bike feels really stable, and I’m looking forward to Superpole and the race tomorrow. So far so good, and we’re going in the right direction.”

Third place was a surprise with M4 ECSTAR Suzuki’s Jake Lewis fast all day, the Kentuckian ending up third with his 1:41.100 to lead the Yoshimura Suzuki’s of championship leader Toni Elias and Josh Herrin, the duo who split wins in last year’s two races.