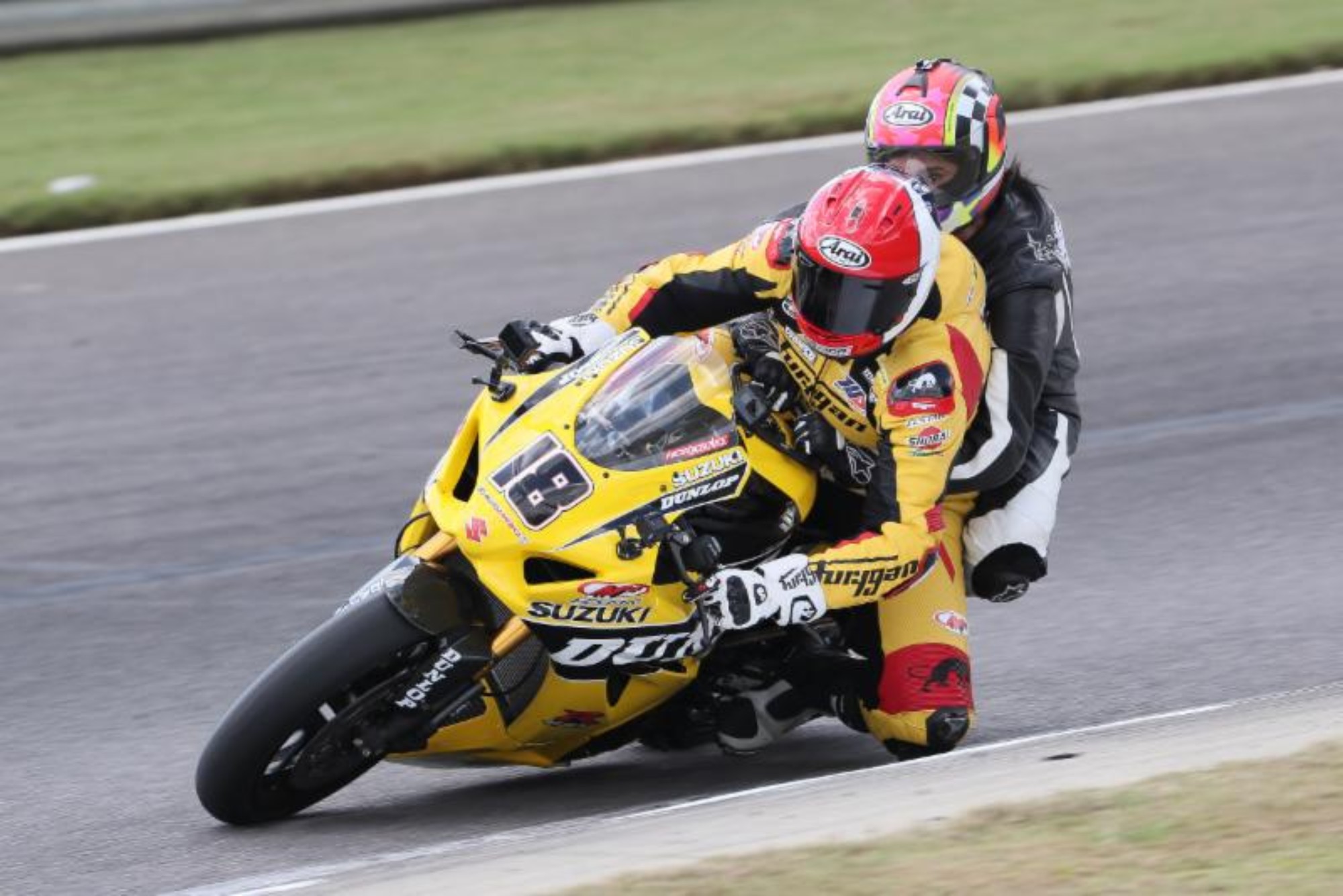 The Dunlop M4 Suzuki Two-Seat Superbike Program is back in 2019 to once again provide representatives of the media, VIPs, and MotoAmerica fans the ultimate opportunity to gain an even greater appreciation of the sport.

Now entering its 19th year of operation — and third in succession in partnership with Dunlop — the Dunlop M4 Suzuki Two-Seat Superbike Program provides a thrilling, up-close and personal on-track experience during race weekends that’s generally only available to the elite competitors of the MotoAmerica AMA/FIM North American Road Racing Championship.

Fans around the world are already well aware of the visceral and awe-inspiring nature of MotoAmerica racing, but there is simply no way to fully communicate the sheer speed and skill involved without actually rocketing down straights, sweeping through high-speed corners, and carving through chicanes on a full-blown MotoAmerica Superbike with a national caliber racer at the controls.

“This is the fourth year of the VIP and fan rides under the MotoAmerica banner, with donations going to the Roadracing World Action Fund, which raises money to buy and deploy soft barriers made by Airfence and Alpina,” said Chris Ulrich, pilot of the Two-Seat Superbike. “For me, it’s one of my most favorite things about going to the MotoAmerica races. The response has been incredible and it’s an honor to share my sport with the fans. To get a shot at riding a Superbike at a high level, ripping down the front straight in front of the crowds on raceday … it’s a rush and there’s nothing like it in most professional sports. Last year, we sold out at most tracks and we expect a similar response this season.”

“The Dunlop M4 Suzuki Two-Seat program is a real hit at our events,” said MotoAmerica President Wayne Rainey. “There’s no better way to show fans, media and VIPs what our sport is all about than putting them on the back of a Superbike. They always get off the bike smiling and with a total understanding and appreciation of what motorcycle road racing is all about and what it takes for our riders to actually race at speed.”

Rob Montasser, Director of Sales at Dunlop, said, “We’re extremely excited to be involved with the Dunlop M4 Suzuki Two-Seat Superbike Program once again in 2019. It’s been a terrific success on every level, and we at Dunlop love having the opportunity to help grow the sport simply by showcasing how incredible it really is.”

Once again, media, VIP and a limited number of fan rides will be available on Friday, Saturday, and Sunday of three-day MotoAmerica events and on Saturday and Sunday of two-day MotoAmerica events. Fan rides can be purchased as part of a ticket package, or separately with a donation to the Roadracing World Action Fund (RWAF), a 501(c)(3) non-profit focusing on improving racetrack safety through the deployment of soft barriers.

Tickets can be purchased online at https://motoamerica.com/tickets/ prior to each event