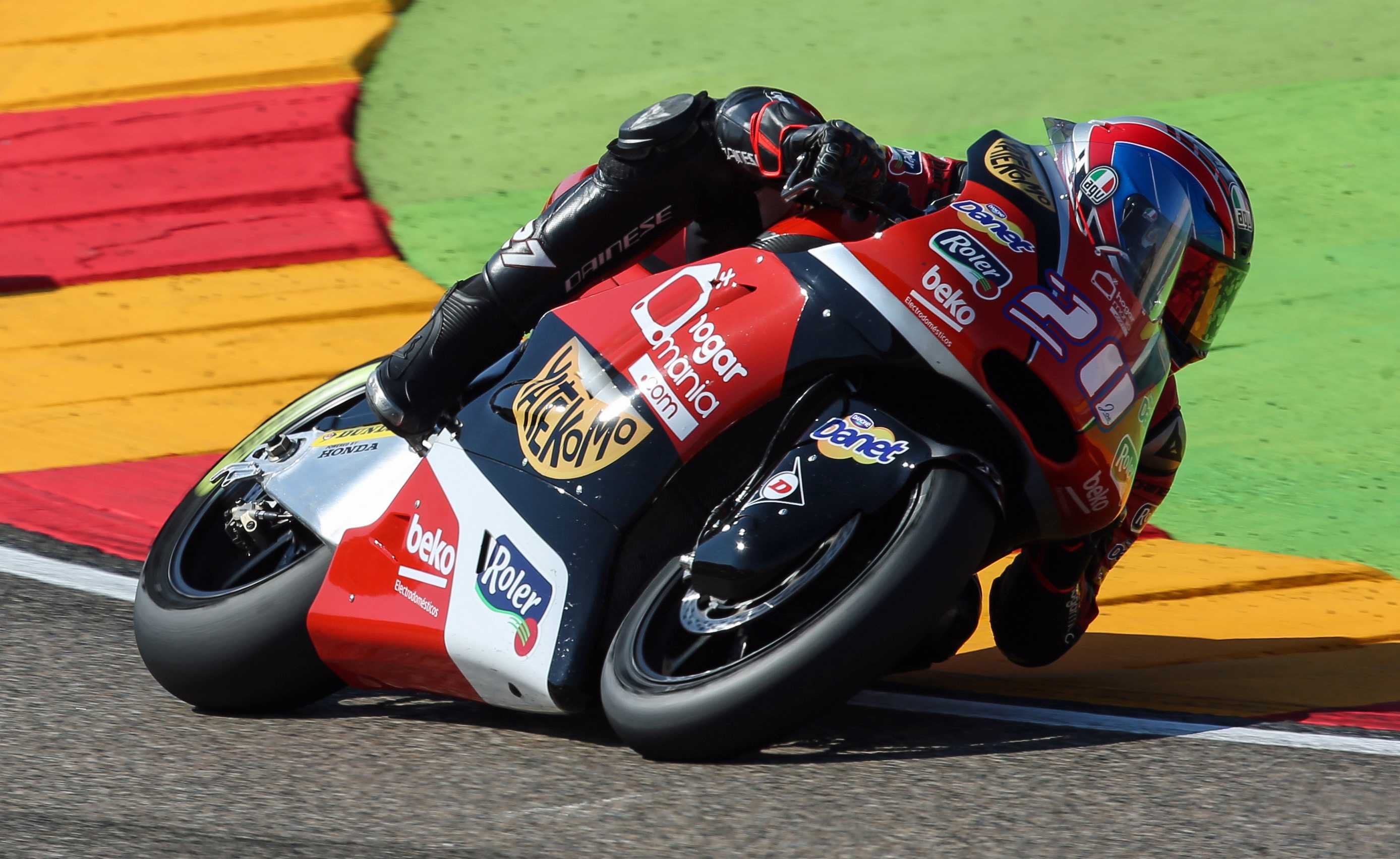 American Joe Roberts, the 2015 MotoAmerica Superstock 600 Champion, will race full-time in the 2018 FIM Moto2 World Championship, according to a post Roberts made to his Facebook page September 24, from Motorland Aragon.

“Happy to announce that I have signed with RW Racing and NTS Chassis for the 2018 Moto2 World Championship!” 20-year-old Roberts wrote in the post. “So happy to accomplish what I set out to do when I decided to race a Moto2 bike this year. Thank you to RW Racing and NTS for giving me this opportunity can’t wait to start next year!!”

With eight of 11 races completed, Roberts is fifth in the 2017 Moto2 European Championship point standings with two podium finishes.

The AGR Team decided mid-season that it would replace its existing Moto2 World Championship rider Yonny Hernandez with Roberts beginning with the Czech Republic round in early August, and Roberts immediately paid the team back by finishing 10th in the wet race at Brno. Since then, Roberts has shown steady progress in the tough field and impressive speed in wet conditions.

In a separate announcement, AGR Team has stated that it will not attend the final four rounds of the World Championship due to financial difficulties. It will instead refocus its efforts on its FIM/CEV Moto2 program and preparing for the 2018 season, according to a September 25 press release, which can be read in full below.

More, from a press release issued by AGR Team:

The Argiñano & Ginés Racing Team informs that it has been decided to close its participation in the Motorcycling World Championship even before the end of this season. The team owned by Karlos Argiñano will not travel to the last four races of this season for Moto2 and Moto3 – Japan, Australia, Malaysia and Valencia – and will instead focus on finishing the FIM CEV Moto2 season in the best possible way.

Financial difficulties forced us to take this decision. The lack of results also makes the situation worse. From this moment on, our efforts will be dedicated to do a good end of the season at the FIM CEV and prepare a competitive project for the next season of this championship.