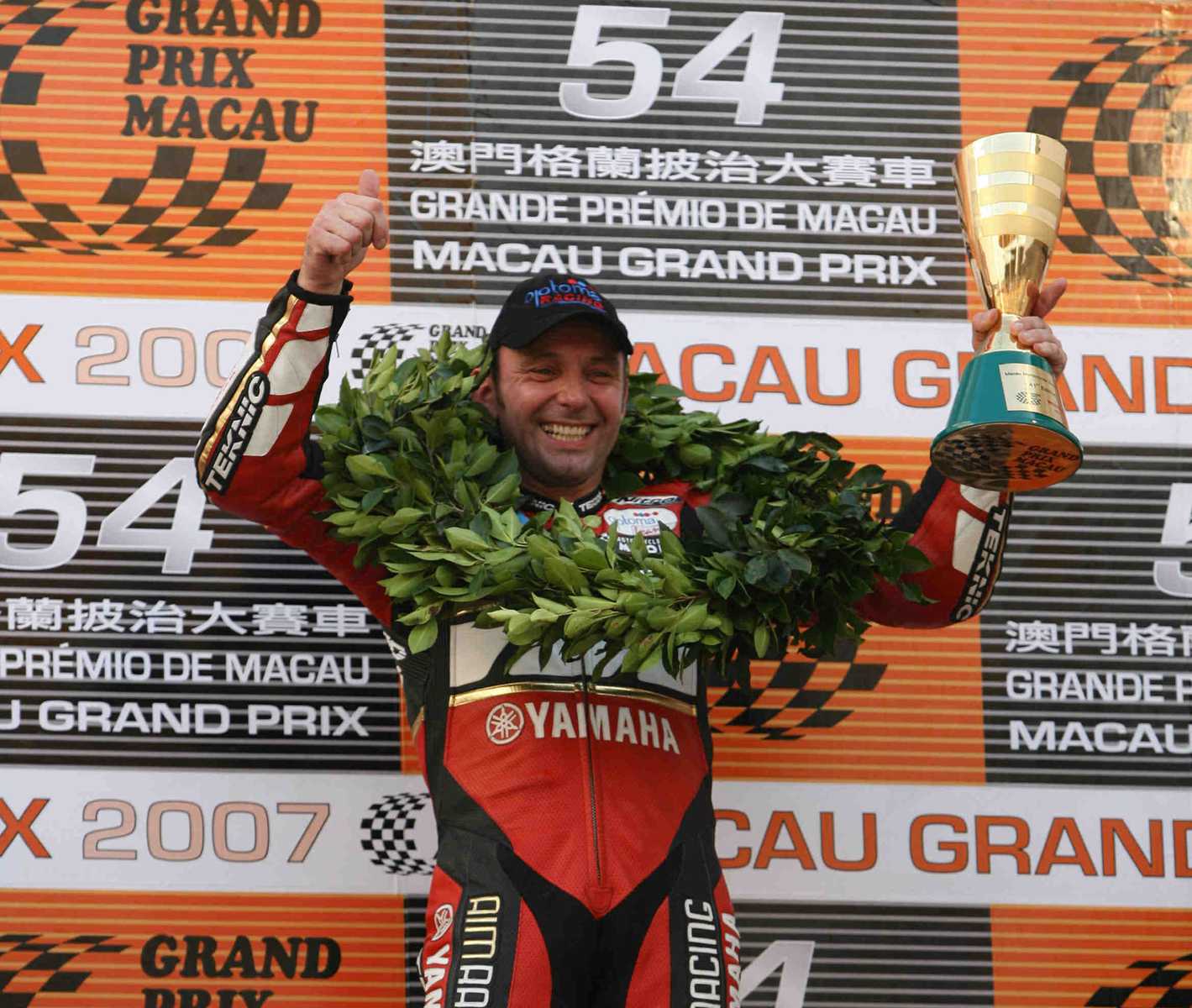 Editorial Note: Only one American, Mark Miller, is entered in the 2016 Macau Motorcycle Grand Prix.

The four returning champions each represent a decade in the extraordinary history of what has become one of the most respected motorcycle road races in the world: Sadeo Asami took three wins in 1978, ’79 and ’80; Mick Grant straddled the decades, with Guia Circuit success in 1977 and ’84; Isle of Man legend Phillip McCallen won in 1996; while Steve Plater took two Macao victories in 2006 and ’07.

In addition to the returning champions, five former winners will compete against a strong international field for what will be a milestone victory: John McGuinness, Stuart Easton, Ian Hutchinson, defending champion Peter Hickman, and the undisputed Two Wheel King of Macao, eight-time winner Michael Rutter.They bring the total number of two-wheel heroes who have been victorious on the Guia Circuit who will compete in or attend the Golden Jubilee celebrations to nine.

A number of activities have been planned to mark the Golden Jubilee, including a display of competing and classic motorcycles at Tap Seac Square the weekend prior to the Grand Prix, and a classic bike parade on the Guia Circuit on Saturday, November 19th. In addition, Macao Post is marking the occasion with a set of commemorative postage stamps for the 50th edition of the event.

The Suncity Group Macau Motorcycle Grand Prix – 50th Edition is one of four headline races on the seven-race programme for the November 17-20 event. Please visit www.macau.grandprix.gov.mo for more information.