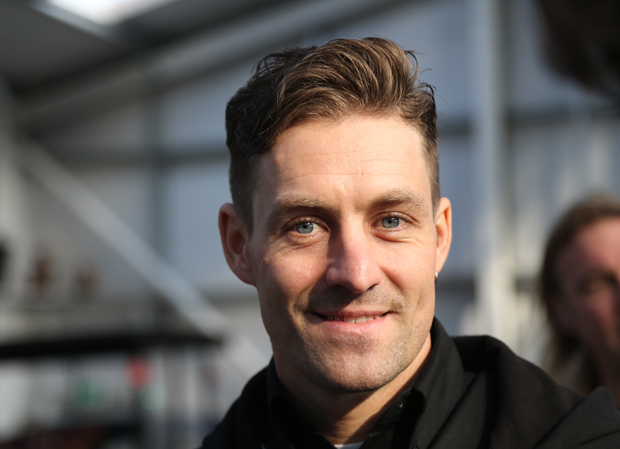 Josh Brookes will line up in the two Monster Energy Supersport TT races for Jackson Racing Honda and Manxman Dan Kneen will join him in the Preston based outfit.

Australian ace Brookes will take over the Jackson Racing Honda that John McGuinness was due to race before he suffered injuries in a crash at the North West 200. After consultation with the McGuinness family, Jackson Racing will now run Brookes in the two four-lap races with the 2015 British Superbike Champion also taking over the number five starting position of the Morecambe Missile.

A former Australian Superbike and Supersport Champion, and winner of the World Supersport Championship race at Phillip Island in 2004, 33-year old Brookes campaigned a Milwaukee Supersport machine at the 2014 TT Races. He was out of luck in both races that year with mechanical trouble keeping him down the order in race one and then a last lap collision with Lee Johnston in race two at the Creg ny Baa prevented him from a top eight finish.

However, a fastest lap of 124.889mph more than proved his credentials on a 600cc machine around the 37.73-mile Mountain Course and although the Superbike class is now his forte, the 2015 BSB Champion can be expected to be challenging for a leaderboard position on the Honda CBR600RR.

Kneen had failed to secure a 600cc machine over the winter months and was only scheduled to be contesting the three 1000cc races on BMW machinery. However, with Lee Johnston leaving the team after the North West 200, Preston-based Jackson Racing needed a second replacement rider.

The 29-year old Braddan rider has enjoyed some of his best moments around the Mountain Course in the Supersport class and his best TT result remains the fifth place he secured in the opening Monster Energy Supersport race in 2010. Kneen took a brace of ninths on the Padgetts Honda in 2015 when he lapped at 125.587mph, his best ever lap on a 600cc machine but missed last year’s event with injury.

“As a team, we were all gutted that John had his accident at the North West 200 and we’re all hoping he makes a full and speedy recovery. Having him ride for us has been a privilege and out of respect for John, it was only after speaking to both him and Becky that we decided to go ahead and field a replacement. But to have someone of the calibre of Josh now riding for us is another terrific coup for the team.”

“We’re delighted to have him on board and it’s a real bonus to bring Dan in as well. They will both be getting our full support during TT2017. The TT is what our year is geared towards and we’ve invested a lot of time, effort and money into this year’s campaign both on and off the track. We’ve got a good infrastructure and good machinery and the whole team is looking forward to working with a great pair of riders.”