How American Patricia Fernandez Claimed The Title Of The World’s Fastest Woman On A Street Circuit, At The Ulster Grand Prix

How American Patricia Fernandez Claimed The Title Of The World’s Fastest Woman On A Street Circuit, At The Ulster Grand Prix 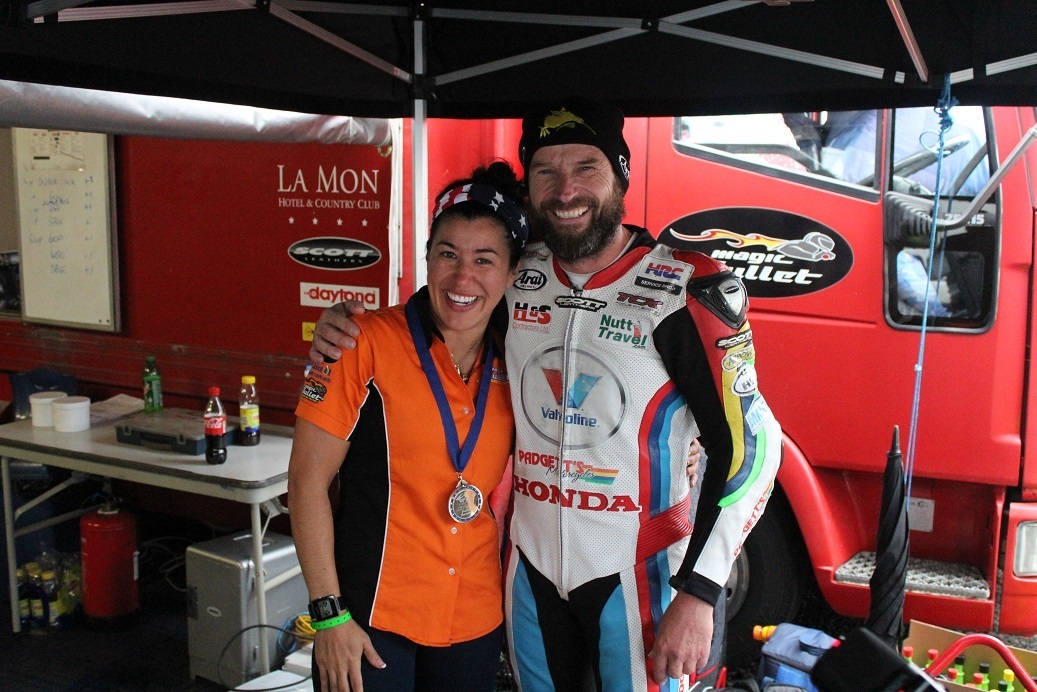 Last weekend, professional racer Patricia Fernandez finally got the prize she wanted at the Ulster GP–the lap record for a woman racer.

The American, who has raced in MotoAmerica competition and in several series around the world, took her Magic Bullet Motorsports Yamaha YZF-R6 around the 7.4-mile Dundrod street circuit at an average speed of 118.264 mph in the second Supersport race on Saturday.

“I’ve never really had a dry race there before. It was raining Wednesday and Thursday. On my first race on Saturday, it started sprinkling on the grid. They changed it to a wet race. So we put rains on, (while we were) on the grid. One and a half laps in, it was dry. One lap later it was red-flagged,” Fernandez said.

“Frustration levels were pretty high by the time Race Two came, probably due to being held back for so long because I never got to do a dry race, never got to show my riding skills. I got to the grid for Race Two, and it started sprinkling again. And I was frustrated, to say the least. A lot of bad words coming out of my mouth. But they started the race and I decided I was just going to go for it. And it was six laps, all dry.”

Fernandez set a new mark on her second lap, but that was just the beginning. “My crew chief was showing me the pit board and two laps in it showed me (116.8 mph), which technically broke the record,” she said. “But I thought, man, I’ve got four more laps. I’m going to keep pushing, keep going for it. Then I saw a (117.2 mph), and then on the last lap, I didn’t see the pit board. I thought, ‘Oh no, they’re upset with me, I didn’t go as fast,’ so I just pushed it really hard, and when I came to the checkered I saw (118.0 mph) on the board. That was from the previous lap–118.264 mph was actually my last lap.

“I still don’t think it’s hit me, I get really giddy, then I start crying because I’m super proud of what I’ve accomplished, then I think, ‘No way, that didn’t happen …'”

Fernandez was awarded a special medal to remind her that it did actually happen. “That was something my team had arranged. My team was so confident that I was going to break the record. They all believed in me. They knew it was going to happen. It felt really good to be riding for a team that believed in me so much,” she said.

The team also arranged for multiple TT and Ulster GP race winner Bruce Anstey to present the medal to Fernandez. He came to the team’s pit and placed it around her neck–and at the moment he did so, he held the outright lap record around the Dundrod circuit.

“He said, ‘To the fastest girl, from the fastest man,'” Fernandez said. “Then he put it over my head and I was crying like a big baby …”