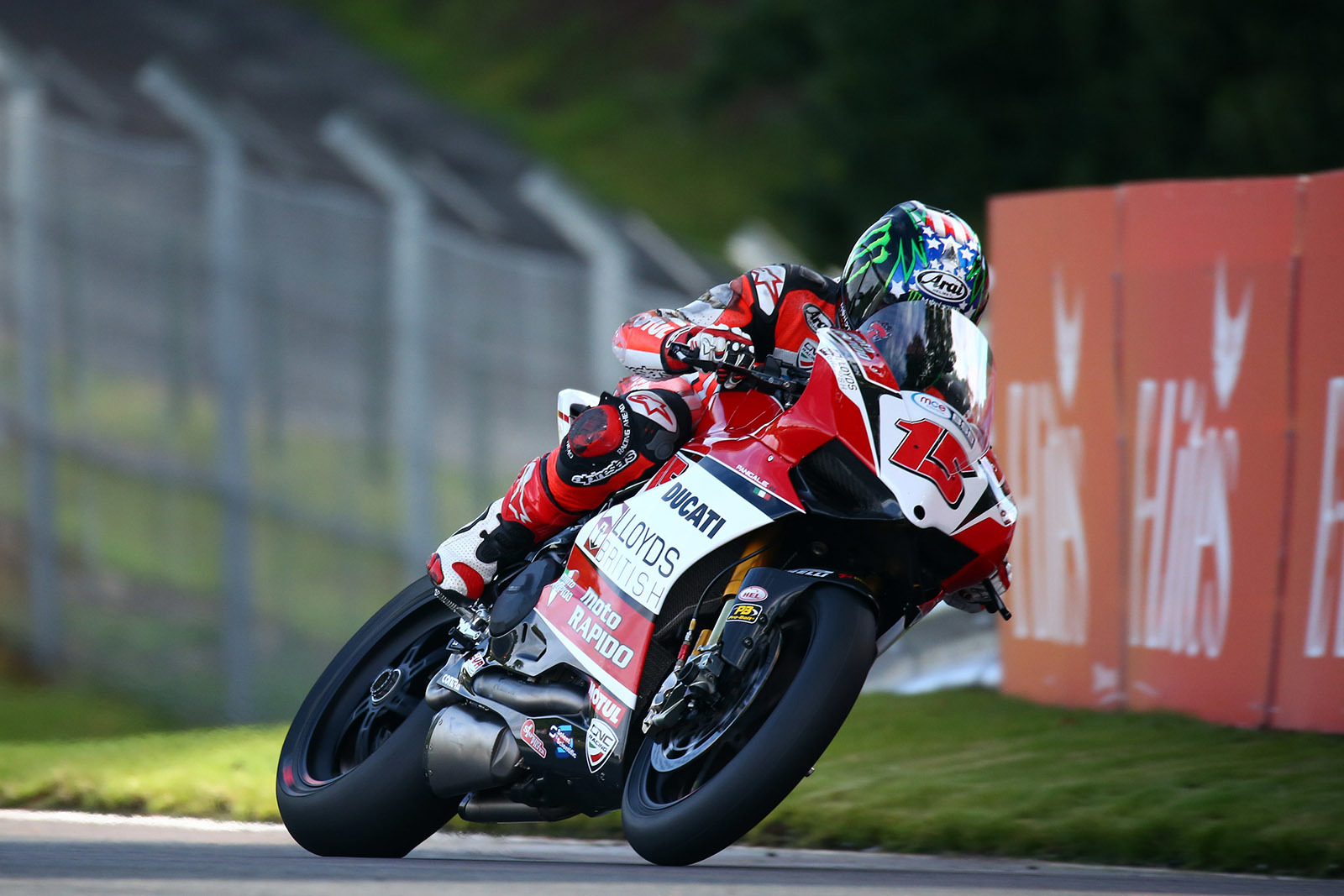 American John Hopkins has secured his place on the 2017 MCE Insurance British Superbike Championship grid after signing a new deal to return to the Moto Rapido Ducati team for the forthcoming season.

The Californian, who has previously been a MotoGP podium finisher, came tantalisingly close to lifting the 2011 MCE BSB crown in one of the most memorable season finales in history. ‘Hopper’ missed out on the crown to Tommy Hill by just 0.006s at Brands Hatch making it the closest ever championship title decider and is now gunning to be back in contention in 2017.

Hopkins had his first taste of the Ducati in 2015 when he joined the team run by the Winchester Ducati dealership mid-way through the season. Hopkins then went on to score the first ever podium finish for the Ducati Panigale R in the Championship as the team scored their first top three finish in MCE BSB at Brands Hatch.

Hopkins said: “To be back with the Moto Rapido team and on the Ducati again is something I am really so excited about. I enjoyed last season but I never felt as comfortable on the Yamaha as I did the first time I rode the Ducati in 2015. It’s such a great bike to ride and it really suits my riding style; I certainly hadn’t had as much fun riding motorcycles in a while until I had my first laps on the Panigale in 2015.

“I love this team and they were always one of my first choices for the new season. We had a podium finish together in 2015 and I know that they have come on leaps and bounds with the development since then. During my time with them previously there were several occasions when we were in guaranteed podium finishing positions until we had some minor technical problems because so much was so new, but now this bike is the complete package.

“My hopes are extremely high for next season and it is going to be one of the most competitive seasons ever I feel. We say it every year, but with so many riders from the World Championship on the grid, some new riders and some of the established contenders it is a stacked field of world class riders for sure. Our aim and focus is to go testing and then be there right from the start.”

Team owner Steve Moore commented: “This time I wasn’t going to miss out on John so we started talking right after the last race of 2016. The last time he was in the team we had consistently great lap times and even our first podium. Importantly the fit with John, our team and the Panigale was perfect. John’s very aggressive riding style and the Ducati work well together so I will be expecting top results.

“BSB is going to be one of the toughest classes in any motorsport competition in 2017 with top class riders making up all the points scoring positions. It’s a cruel class where being fractions of a second off put you at the back. I know we have the bike with some good updates for 2017 from Ducati Corse and a very good technical team, so I needed a rider who is very fast, is familiar with the pressure of the championship and loves the Panigale – so of course John was my obvious choice.

“Myself, the team and sponsors are very happy and I’m sure our fans will be too. We had a shocking 2016 but taking positives we have proven the bike’s speed and reliability plus tested many new parts. I’m really looking forward to John jumping on the 2017 spec bike and can’t wait to go testing now.”