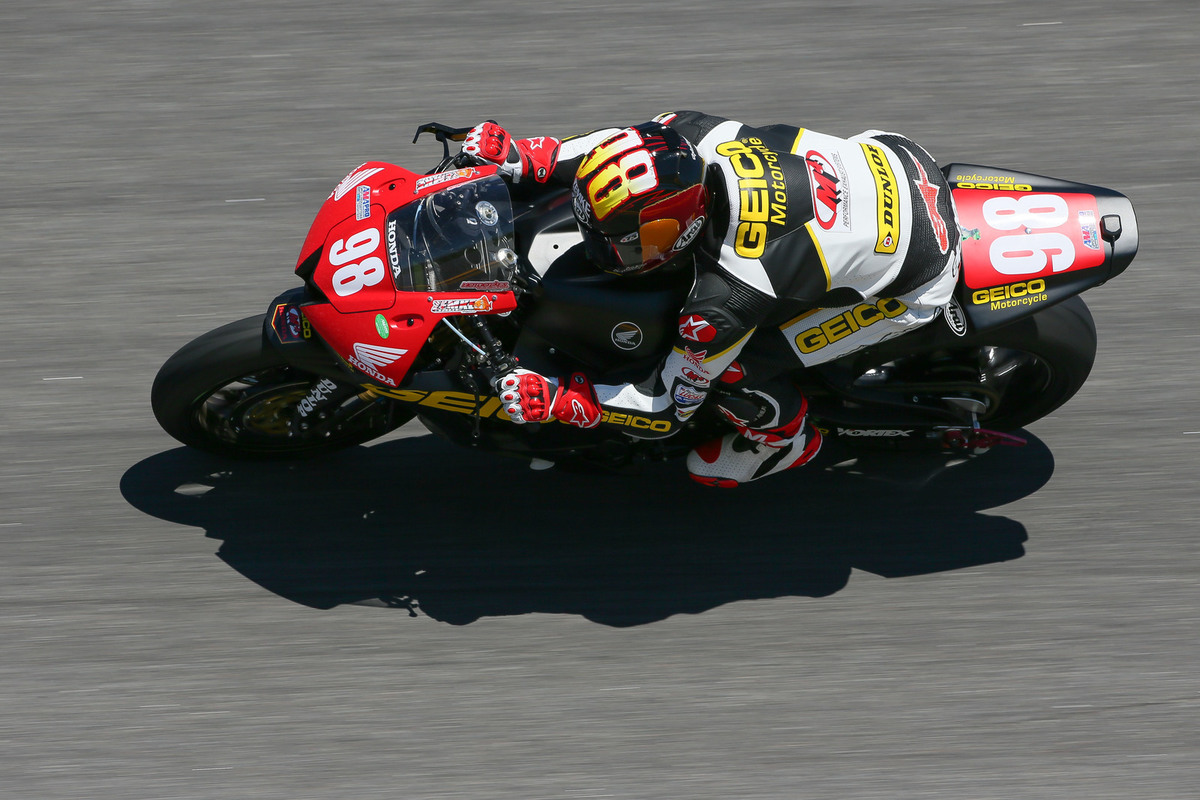 The GEICO Motorcycle Superbike Shootout starts with the Yamaha SoCal Nationals at Auto Club Speedway on April 26-27 in Fontana, Calif., and continues with the Pacific Nationals at Sonoma Raceway on May 3-4 in Sonoma, Calif. The Shootout concludes with the Mountain Nationals at Miller Motorsports Park on May 24-25 in Tooele, Utah.

“When we started this, there were no national-level, professional motorcycle road races scheduled west of the Mississippi River for the 2014 season,” said Shootout organizer John Ulrich, publisher of Roadracing World and a motorcycle road-racing team owner. “We wanted to do something to make sure the fans in the western part of the United States had an opportunity to see their favorite racers in action.

“We decided to increase the number of national-level road races in the United States for the fans, for the teams, and for the riders.”

Each of the events will feature one Pro Superbike and one Pro Sportbike race on the final day of competition. In addition, MAVTV will broadcast two one-hour shows from each of the three events.

“We couldn’t have done it without the help of GEICO Motorcycle,” Ulrich said. “GEICO is a big supporter of motorcycle racing in the United States, and we’re really grateful for its support of the series.”

Each of the events will include a full schedule of other motorcycle classes in addition to Pro Superbike and Pro Sportbike.

“We looked at the model of the successful British Superbike series,” Ulrich said. “They have a lot of classes and a lot of races on a typical weekend, with a few featured races on TV. I started looking for regional events at good racetracks that fit in the 11-week gap between Daytona and Road America and started making deals.”

Road racing teams from across the country have already expressed their support for the Shootout.

“I was walking through the garages in Daytona, and there were guys from different teams running out of the garages, running out of their haulers to shake my hand and thank me for doing this,” Ulrich said. “We’re just trying to make it better for everybody. This is what we do, this is our sport, and we’re doing the best we can do to help it in its time of need.”