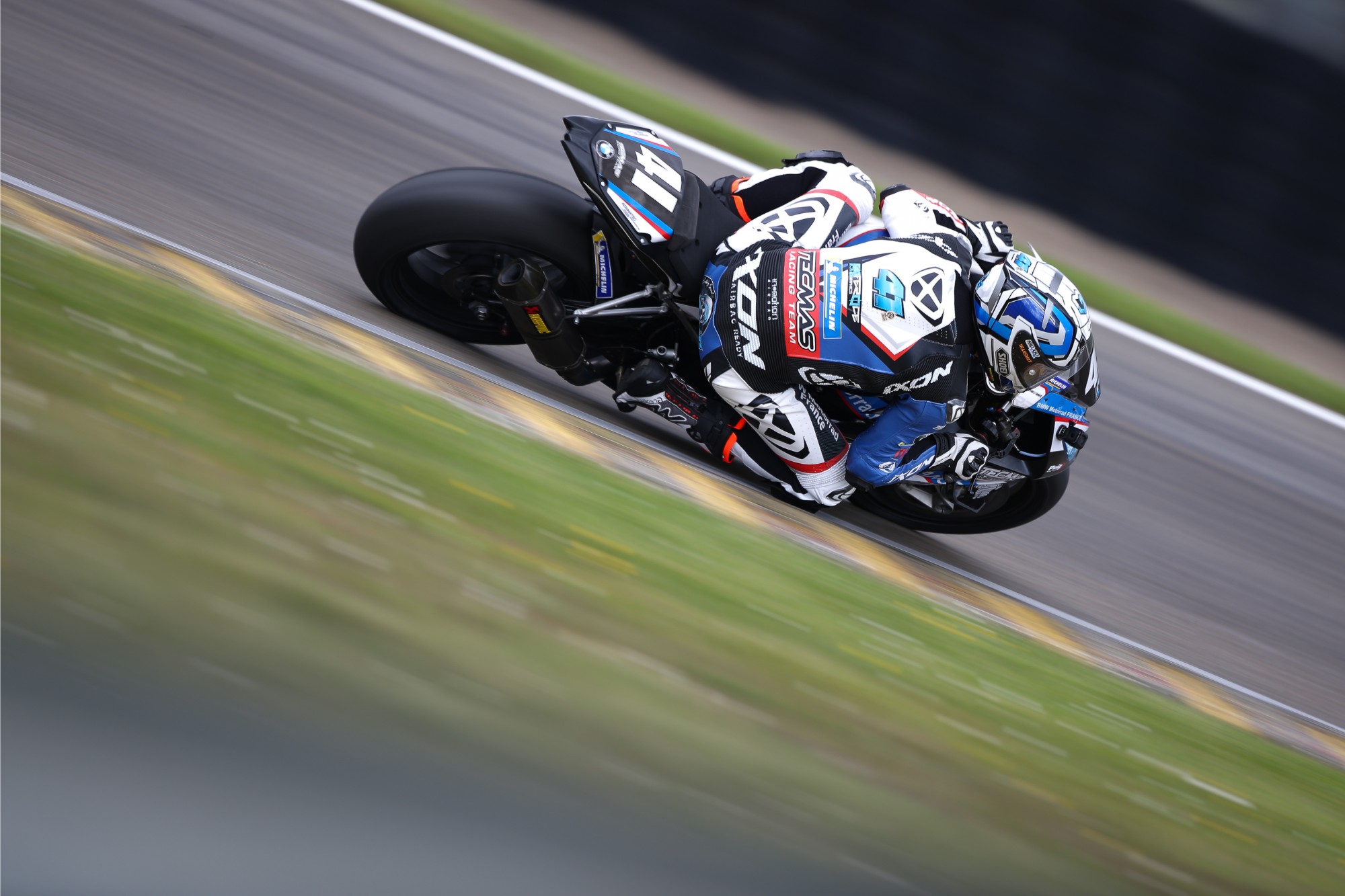 The 2019 BMW Motorrad Race Trophy is in full swing. This season, a total of 26 championship classes in 21 racing series all around the world count towards the Race Trophy ranking. Week after week BMW riders and teams do battle for victories, titles and Race Trophy points in these championships. ‘BMW Motorrad Motorsport News’ allows us to regularly summarise all the action for you in a compact and informative manner. This way, you are always up to speed.

French Superbike Championship: Win and second place for Mathieu Gines.
The second race of the season in the French Superbike Championship (FSBK) took place at the Circuit de Nogaro Paul Armagnac (FRA). Mathieu Gines (FRA) from the Tecmas Racing team enjoyed a near-perfect weekend. He first claimed pole position on his BMW S 1000 RR and then celebrated a win in race one having led from start-to-finish. A thrilling second race saw him cross the line in second place, just 0.080 seconds behind the winner. Maxime Bonnot (FRA), also competing for the Tecmas Racing team, secured 11th and 13th positions on his RR (corresponding to third and fourth places in the Superbike Challenger standings). Team-mate Kenny Foray (FRA) did not compete at Nogaro due to private reasons.

British Superbike Championship: Mackenzie and Olsen return to the Superstock podium.
The second event of the 2019 British Superbike Championship (BSB) season took place at Oulton Park (GBR) – as tradition dictates, the races took place on the Bank Holiday, on the first Monday in May. In the first Superbike class (BSB SBK) race, Peter Hickman (GBR) claimed sixth place on the Smiths Racing BMW S 1000 RR, closely followed by Keith Farmer (GBR) on the Tyco BMW Motorrad team RR. Farmer’s team-mate Christian Iddon (GBR) was also in the leading group before heading for the pits due to a technical issue. In the second race, Iddon was the best-placed BMW rider in sixth position, while Farmer finished eighth. Hickman delivered thrills with a spectacular recovery performance on his RR. After his tyre pressure on the grid did not meet requirements, he was demoted to the back and started from 29th place. Hickman worked his way up through the field and only missed out on a top-ten finish by one tenth of a second.

MotoAmerica: RR rider Travis Wyman on the Superstock podium.
BMW riders were in action at the weekend in the second round of the MotoAmerica AMA Road Racing Series (MA) at the Virginia International Raceway (USA). Travis Wyman (USA / Weir Everywhere Racing) reached the podium in third place in the Superstock class (MA STK) race. Ryan Jones (USA / Ryan Jones Racing) crossed the line in fifth place in the Superstock race, while Greg Ludt (USA / Motor Rad Racing) finished the race in ninth position. The riders completed two races in the Superbike class (MA SBK). Jake Gagne (USA / Scheibe Racing) reached sixth place in the first race but was forced to retire from the second race. Samuel Trépanier (CAN / Blysk Racing) crossed the line in 11th place in both races.