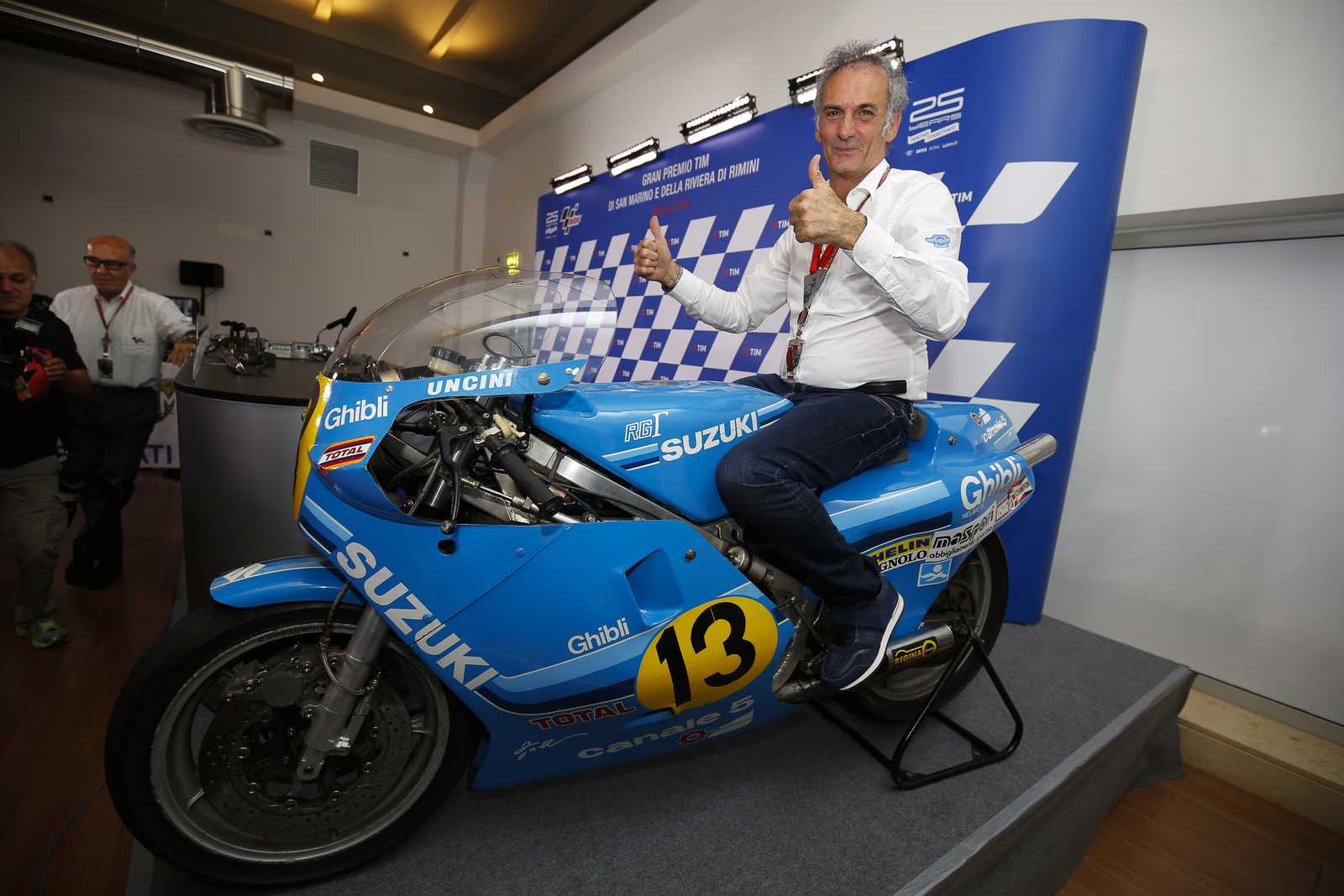 Uncini began his international career in the 250 world championship in 1976, taking seven podiums including two victories in the class. He was championship runner-up in 1977, before moving up into the premier class for 1979. With a podium in his rookie year and three more the year after, Uncini then took the championship in 1982 with seven podiums – of which five were victories. He also recorded a pole position and a fastest lap as he beat Graeme Crosby to the title in a year that saw the grid full of further legendary names including Freddie Spencer, Kenny Roberts and Barry Sheene. Despite a bad crash in the 1983 Dutch GP that almost ended his career, Uncini returned to competition the following year as he fought his way back onto the grid for an incredible comeback. Now, the former world champion is the FIM Grand Prix Safety Officer, and continues to make an incredible impact on MotoGP™.

Franco Uncini: “I am very happy. This is another time for me in which my dreams have come true. For this I have to thank IRTA, Dorna the FIM and all of you. For me this is an important moment and I’m very, very happy. Thank you so much.”

Carmelo Ezpeleta, CEO of Dorna Sports: “”This is a special day for us. To nominate someone as a MotoGP™ legend is always important, but today it’s also very important because of the the relationship we now have with Franco. Franco was a big hero in the 500 and 250 categories, but also in this new era working together, Franco has been a crucial part of the evolution of MotoGP™. We are very proud to give him this award, and it’s a big honour for us to have Franco as a MotoGP™ legend. Also personally for me, he is a big friend of mine and I am personally so happy to give this award to him. It’s a special day for MotoGP™.”