EBR Motorcycles Back In Limited Production

EBR Motorcycles Back In Limited Production 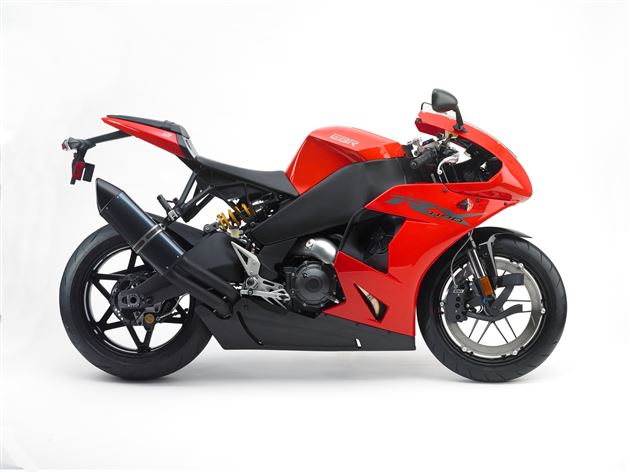 GRAND RAPIDS, MI – EBR Motorcycles, the American-made superbike designed by the legendary Erik Buell, are back in limited production.

“We are going to keep the iconic brand in production with specialized and performance builds,” says Bill Melvin, an avid motorcyclist who is leading the company he acquired in 2016.

When high volume production at EBR’s Wisconsin assembly plant ended in 2017, Melvin moved a smaller operation to his e-commerce warehouse in Grand Rapids, Mich. EBR, which maintains its original offices in East Troy, Wis., has been fulfilling parts orders from the inventory for dealers and existing EBR owners ever since.

Now, EBR plans to keep the iconic brand alive on the street and track with production in Grand Rapids. EBR brought two of its top assemblers to Grand Rapids, where they are hand-building three of the exotic EBR 1190 superbikes, capable of hitting over 185 mph in race trim.

“The approach is to keep it boutique and high performance driven, ala Bugatti, Koenigsegg, or Lotus,” Melvin says. More updates and motorcycles are planned for 2019, he adds.

Engine builder Eric Weber “Eroc” and chassis builder Elliot Malzahn recently put the finishing touches on their first three editions, whose fairings will get custom paint treatments to celebrate their return. Weber began building motorcycles at the Buell factory in 1996. Malzahn began in 2000.

“It’s great to see the iconic legacy in experienced hands like Eroc and Elliot,” says Melvin. “We are fortunate the team of legacy employees stay involved to keep the only American Superbike in production. We recently received our 2019 EPA certification.”

The Erik Buell-designed motorcycle is unique with its fuel tank incorporated into the aluminum frame to keep its center of gravity in an ideal position. The front brake rotor is located on the perimeter of the wheel with an 8-piston inside-out caliper to maximize stopping power. The hand-built fuel-injected 1190cc V-twin engine produces a peak of 185 hp at 10,600 rpm. The final pricing will be determined by the custom finishing touches.

The company is part of the 35-year legacy of Erik Buell, a motorcycle racer and world renowned engineer for Harley-Davidson and the Buell Motorcycle Company in the 1980’s. Mr. Buell started EBR in 2010 and Mr. Melvin acquired the assets of the company in 2016.