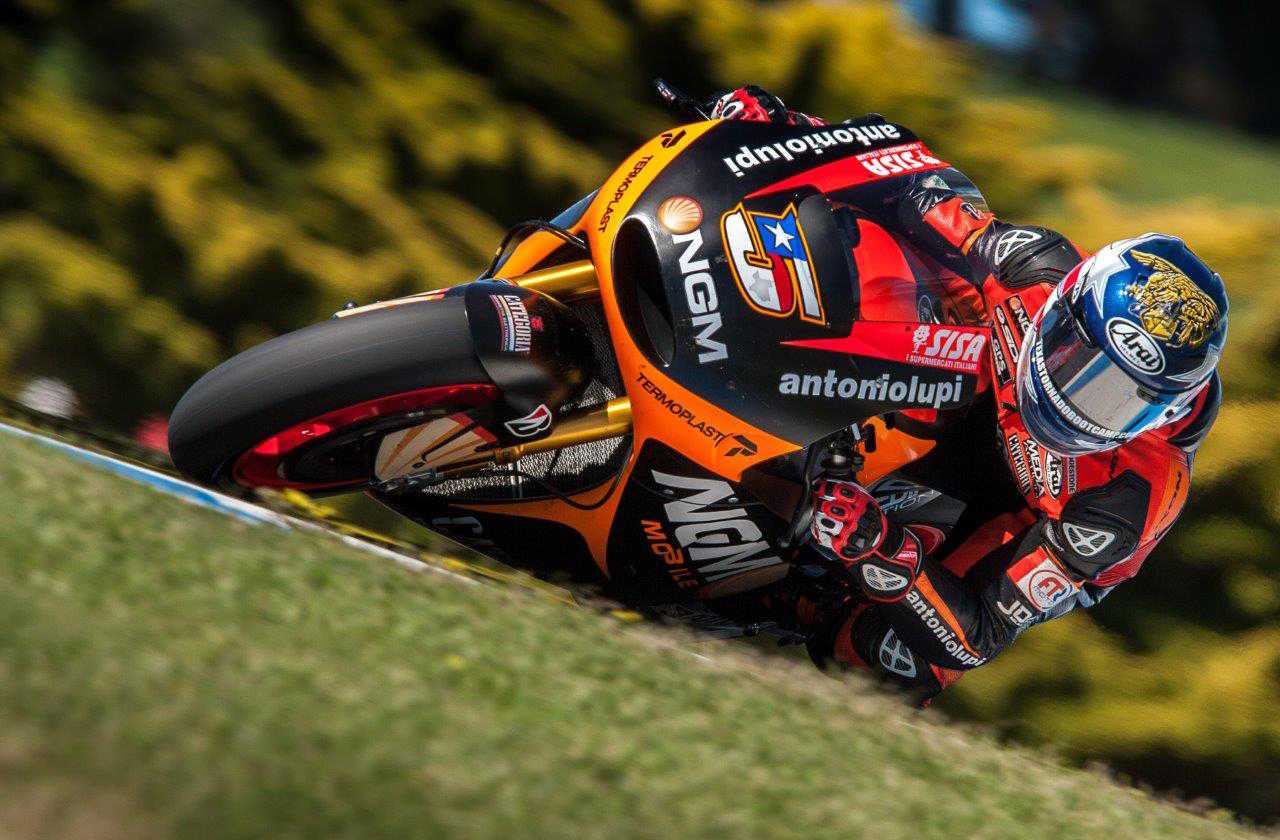 Hot on the heels of Aussie Troy Corser announcing his participation in the 2018 Australian Motorcycle News International Island Classic at Phillip Island from January 26-28, a second road racing legend has now thrown his hat into the ring – American Colin Edwards.

The easy-going 43-year-old Texan will ride for the Americans for the International Challenge teams’ event, added a major source of firepower to an outfit which desperately wants to get on level terms with the hitherto dominant Australians and British. New Zealand will also field a team in the 2018 International Challenge.

Tickets for the Island Classic are now on sale at www.islandclassic.com.au

“First off, I’m not coming out of retirement by any means,” joked Edwards.“However, Phillip Island is easily in my top two favorite tracks in the world. The town is great, the people are nice, the food is delish. The only problem is the long-ass flight to get there!

“The US team needs some help, and in all honesty it will be a pleasure to get on the Island and race.”

The double WorldSBK champion and long-time MotoGP rider, who retired at the end of 2014, will ride a HyperCycle-built Yamaha FJ-powered XR69-replica chassis in the International Challenge. HyperCycle has been preparing championship-winning bikes in America for four decades, and even gave the late Nicky Hayden his big break as a 16-year-old.

“My thoughts about racing a classic bike are a big fat question mark,” continued Edwards. “The last few years I’ve only ridden the best Yamaha MotoGP bike testing for Michelin. Does this bike have traction control?”

Laconic he may be, but Edwards is a fierce competitor who won an AMA 250 GP title as an 18-year-old in 1992 before graduating to superbikes, first domestically and then on the global stage.

He was a WorldSBK rider from 1995 until 2002, winning titles with Honda in 2000 and 2002 – the latter coming after a breathtaking final round battle with Aussie Troy Bayliss at Imola that is still spoken about in revered tones.

During that period of production-based racing, Edwards was also a two-time Suzuka 8-Hour winner, once alongside his great mate Valentino Rossi.

After 31 wins WorldSBK – including one at Phillip Island in 2001, the highlight of the eight WorldSBK podiums he scored at the Island – Edwards switched to MotoGP in 2003. He remained there until his retirement at the end of 2014 riding for six different teams. A win proved to be elusive, but he still finished on the podium 12 times.

Since his retirement, he’s not only been kept busy with Michelin tyre testing but also by growing his ‘Texas Tornado Boot Camp’, which is a one-stop shop for motorcycle riders of all ages to build their skills in a fun environment. A fleet of Yamaha TT-R125 ‘fun’ bikes are a central part of the curriculum on the 20-acre complex.

“TTBC just had its first run of asphalt schooling, we used a newly built go-kart track and used our TT-Rs,” said Edwards. “We had an absolute blast and I’m now trying to figure out what camps to offer it on again next year. And between TTBC and farm life, I still wear the same size leathers I did when I competed!”

Last week, Corser, a two-time WorldSBK champion like Edwards, announced that he’d be coming home to ride a Honda Harris F1 machine in the 2018 International Challenge.

With Corser and now Edwards confirmed for the International Challenge, the four-race battle is shaping up to be the most competitive on record. The Jeremy McWilliams-led United Kingdom team is the defending champion, having won the last three events after breaking Australia’s long-term dominance in 2015.

America made its first International Challenge appearance in 2013, and this year finished fourth behind the UK, Australia and Ireland.

The International Challenge stars as the headline act, and is strictly for bikes manufactured between 1973 and 1984. But there’s so much more to the Island Classic, with a field of over 500 classic bikes and 300 riders racing in what will be the event’s 25th commemorative year.

The three-day Australia Day long weekend extravaganza features 56 races from Friday, January 26 to Sunday, January 28. All races are between four and six laps and feature bikes from pre-WW1 bikes through to Vintage (1920-1945), Classic and Post Classic (from 1946 to 1972), and the more recent Forgotten Era and New Era classes. Sidecars will also join solos on the program.

As well as the Japanese Big Four, other manufacturers on the Island Classic grid include BSA, Triumph, Harley-Davidson, Ducati, Matchless, Norton, Vincent, Ariel and Indian, as well as a bevy of chassis specialists.

Fergus Cameron, Phillip Island managing director, said the circuit has gone all out to attract some of the biggest names in racing for the 25th commemorative Island Classic meet.

“January’s Island Classic is a true celebration of 25 great years of racing. I’d like to thank Australian Motorcycle News, back on deck as our sponsor for another year,” said Cameron.

“Of course, its late editor and our good friend, Ken Wootton, pioneered this event and was its driving force until 2011.

“Since Ken has gone to that great circuit in the sky, we have worked mighty hard to build this event, in honour of his devotion to the sport, and because the Island Classic is simply a superb get together for bike lovers from around the globe.

“We’ll have over 500 machines here, all in such incredible nick. Some bikes are 70 years old, but they still race at the circuit, one of the most demanding tracks in the world, and put on a great show.”

Advance prices for tickets from www.islandclassic.com.au …Three-day passes are $80* in advance; Sunday only $50* in advance; Saturday only $40* in advance. All children 15 and under free. On-circuit camping package for four nights, including three-day General Admission ticket, $155 in advance.

For all information and bookings for ticket and camping go to www.islandclassic.com.au

*All ticket prices quoted are in advance.