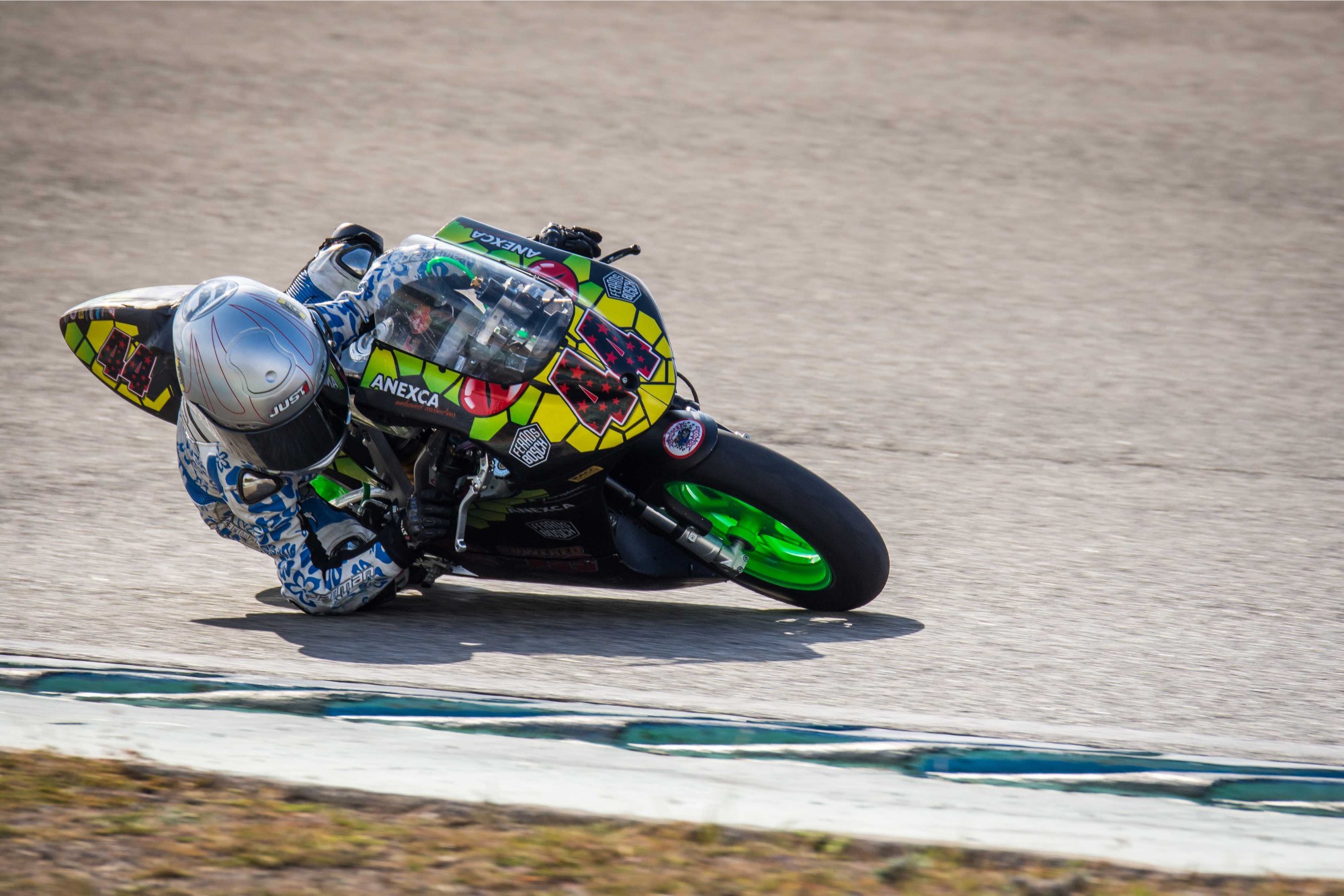 Tarragona, Spain – Copa de Catalana Promovelocitat, the championship that was the proving grounds of World Championship riders like Maverick Viñales, Álex Márquez, and Pol Epargaró, held its eighth and final round of the season on Sunday, October 15th at Circuit de Calafat. Among the 25 kids (ages 7-13) that competed in the PromoRacc class was eight-year-old Kristian Daniel Jr., a young American road racer from California who found himself fighting for a podium spot by the end of the race weekend.

With only four practice sessions on Saturday and two qualifying sessions on Sunday morning, Kristian didn’t have much time to adapt to the new bike (RMU50) and track, but he was still able to drop his time by nine seconds which placed him 17th overall and fourth out of nine in his age bracket (7-10).

It was a two-race format, and during race two Kristian found himself in 14th place overall, second in his class and within a second of the class leader. Unfortunately, the fairy tale came to an end on the last lap as Kristian suffered a highside [crash] while trying to make a move. With such a promising debut, he and his family plan on competing full-time in the series next season.