Coaching Spreads From MotoGP to MotoAmerica

Coaching Spreads From MotoGP to MotoAmerica

© 2016, Roadracing World Publishing, Inc. By In the MotoAmerica AMA/FIM North American Road Racing Series there are two men who are best known for coaching successful riders in the series: Ken Hill and Jason Pridmore.. 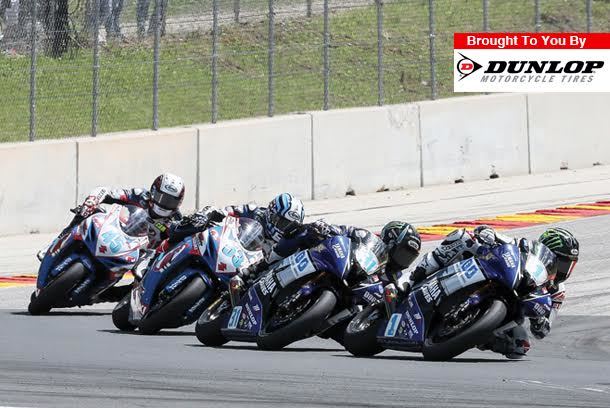 In the MotoAmerica AMA/FIM North American Road Racing Series there are two men who are best known for coaching successful riders in the series: Ken Hill and Jason Pridmore.

Ken Hill, a 52-year-old Northern California resident, draws from a wide and varied body of work that includes owning and operating a motorcycle dealership, working as a mechanic for successful professional motorcycle road racing teams, instructing with the biggest motorcycle riding and racing schools in America, testing and writing for motorcycle publications, and successfully racing at a high level. In fact, Hill made his AMA Pro Superbike racing debut at age 41 and took home a top-10 finish in a talent-filled field.

“Unlike other elite sports, motorcycle racing has virtually no tradition of professional coaching, let alone an industry consensus about correct technique,” said Hill. “Every sport in the world has coaches. Why shouldn’t we? My role is I provide an objective opinion of the rider. The rider can’t do it. The rider is not capable of giving an objective opinion, not in real time. And a great example of that is Valentino Rossi, who has a coach because even Rossi can’t properly observe and evaluate his own riding.

“My role is to use my background and my training and what I’ve learned and provide it to these guys at the highest level. I think something that’s important that people don’t all understand is to get that last 1%—because there’s literally tenths of seconds these guys are fighting for, hundredths of a seconds in some places—to be able to provide that feedback and that objectivity to get that last 1% it has to come from someone who understands the last 1%.

“I started off at the Freddie Spencer schools with Freddie Spencer and being able to watch people like Nicky Hayden ride with Freddie. And even at the Yamaha Champions Riding School with Nick [Ienatsch], we were able to ride with some of the World Champions. Now I work with Scott Russell [at Adam and Josh Bronfman’s Rickdiculous Racing events and rider camps]. So it’s being able to see what the best in the world are doing, to be able to decode it and understand, and to be able to pass it on to other riders.

“The most important training that I do with professional riders takes place during the off-season, when we work on fundamental changes. We identify what improvements will make the biggest difference to their speed and safety and focus sequentially on those. Once a rider has developed the understanding and muscle memory of a given skill, we move on to the next one. A major mistake that I see on race weekends from inexperienced coaches is that they try to do too much with their riders, overwhelming them with advice and information in an already high-pressure environment. At that point, it’s too late to be working on fundamental changes and compensating for practice that should have happened months earlier. On race days, I only look at making subtle changes with riders, taking advantage of track dynamics, turn-in points, turn-in rates, exit speed, and the competition’s strengths and weaknesses.

And Hill says his time working as a race mechanic for riders including Josh Hayes, Tony Meiring and Chris Ulrich gave him the extra ability of being able to evaluate how a motorcycle is working out on track.

“That’s actually turning out to be one of the major parts of what I do on the weekends,” said Hill. “When you think about it, the rider is always blaming the bike, and the crew chief is always blaming the rider. What this does is it provides a proper opinion for what is the rider and what is the bike. I’m also involved in rider downloads by separating rider issues from bike issues. When we sit down with the riders during their debriefs I can say, ‘Hey, that is you. That is your job. That is what you’re supposed to take care of.’ Also with the crew chief, I can say, ‘He is doing this correctly. That is on the bike.’ It really shortcuts the learning curve of what we’re trying to do.”

“I’ve never taken credit for any of the kids that I’ve worked with because a lot of them have come to me as pretty good riders already,” said Pridmore. “When I come to these races a lot of our real work is already done. When we’re coming here we’re making sure the riders are going through the correct process we’ve worked on in practice, wherever that’s been done prior.

“So for now, I go out there and I watch the sessions, and I get a little bit more involved with some of the riders and their crews as far as their set-ups and gearing and even suspension. But until I know that they’re doing everything on the bike possible that they know works for them, it’s hard to go through a lot of other processes.

“So when someone gets sent out there to do a qualifying lap I need to make sure that they realize in certain turns they’re already going plenty fast and they don’t need to try to go faster, because it’s generally going to mess their lap up. When we look at sector times and break a sector down and say, ‘OK, this is the spot where we need to be the best in.’ Then we can really look at it like, ‘Is it something that we’re doing on the bike? Is it something that we can make the bike do better in that particular section? Is there a certain feel you’re looking for but not getting?’ Because that’s what it really boils down to. We all have a feel that we want anywhere on the racetrack, and if you don’t have that feel then it’s going to be hard to be successful.

“And I’m not a guy who is one-dimensional and tries to teach all of these guys the same stuff, because they all have their idiosyncrasies that they’re good at and they all have idiosyncrasies that they can work on. For me, the way I like to teach, the way I like to coach is really on an individual basis, because some need help in areas that others don’t. So it’s very individualized.”