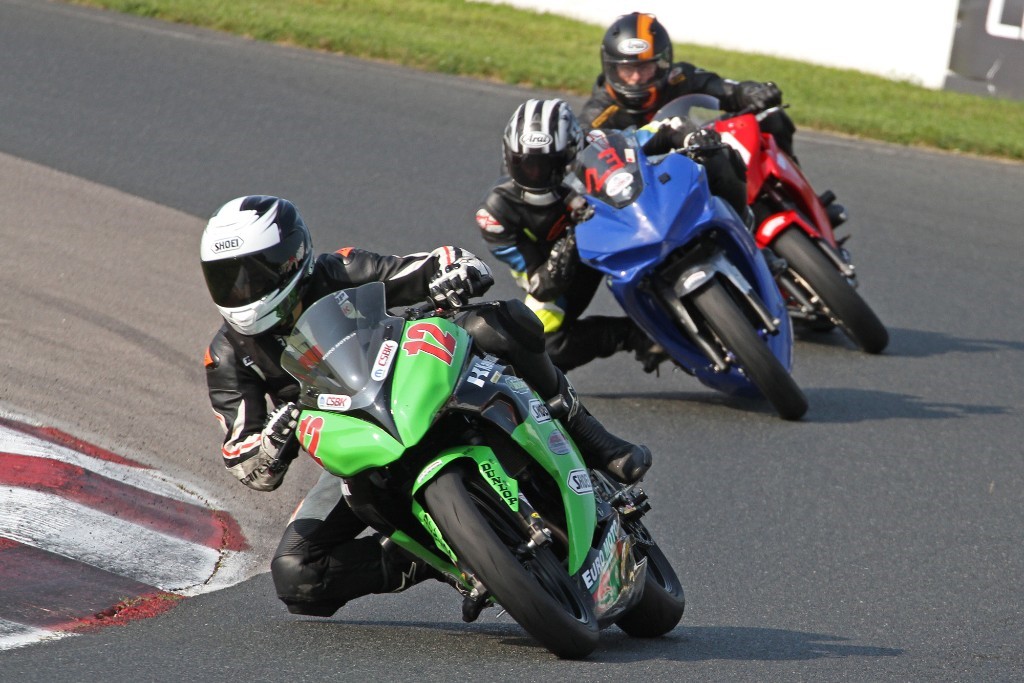 CSBK to Host Seminar for Lightweights at Toronto Motorcycle Show

Toronto ON – February 6, 2018 – National motorcycle road racing organizers CSBK will host a meeting for competitors and teams interested in the new Amateur Lightweight Sport Bike class during the Motorcycle Show-Toronto at the Enercare Centre at Exhibition Place. Hosted by Official Series Announcer Frank Wood, this Seminar will take place in the middle of the annual three-day Show, on Saturday, February 16 at 3 PM.

The Dalton Timmis Insurance presents Mopar CSBK on TSN booth at the Motorcycle Show will also feature an Autograph session with top Pro competitors on Saturday, in the earlier afternoon.

The new Amateur Lightweight Sport Bike category replaces the Kawasaki Ninja 300 spec series that ran at the Mopar CSBK Canadian Nationals in 2016 and 2017. The existing group of Kawasaki mounted competitors will form a major portion of the grid in the opening season of LTWT action.

While a wide range of machines are eligible to compete with the Kawasaki 300cc twin-cylinder, the major players are expected to include the KTM series of 390cc single-cylinder racers that had their own one-make series in MotoAmerica in the U.S.A. the past two seasons.

Also eligible to compete are the range of Honda CBR250 and CBR300R Honda singles, as well as the Honda CBR500 range of twin cylinder bikes. Horsepower outputs vary with weights for the bikes legal in the new class, measured at each venue on the official series Dynojet Dyno and weight scales. Full rules for the Amateur Lightweight Sport Bike division are available on the home page of csbk.ca.

The best Pro Superbike Feature race competitors turn laps in the 1:20 range at C.T.M.P., and have about 160 more horsepower than the new LTWT category entries. Superbike are not allowed to produce more than 200 horsepower at the rear wheel when measured immediately post-race, while new rules restrict LTWT machines to the mid-40 horsepower range.

Motorcycle Show – Toronto hours are: Friday, February 16 (noon – 9 pm); Saturday, February 17 (10 am – 8 pm); Sunday, February 18 (10 am – 5 pm). Discounted advance adult tickets are on sale now for $16 through the website’s online box office and at select Ontario dealers. The show falls on the Family Day weekend and special Family Passes are available for $42 (2 Adults & 2 Juniors. Children 5 and under admitted free)