Canadian Superbike: More From The Race At Grand Bend Motorplex

Canadian Superbike: More From The Race At Grand Bend Motorplex 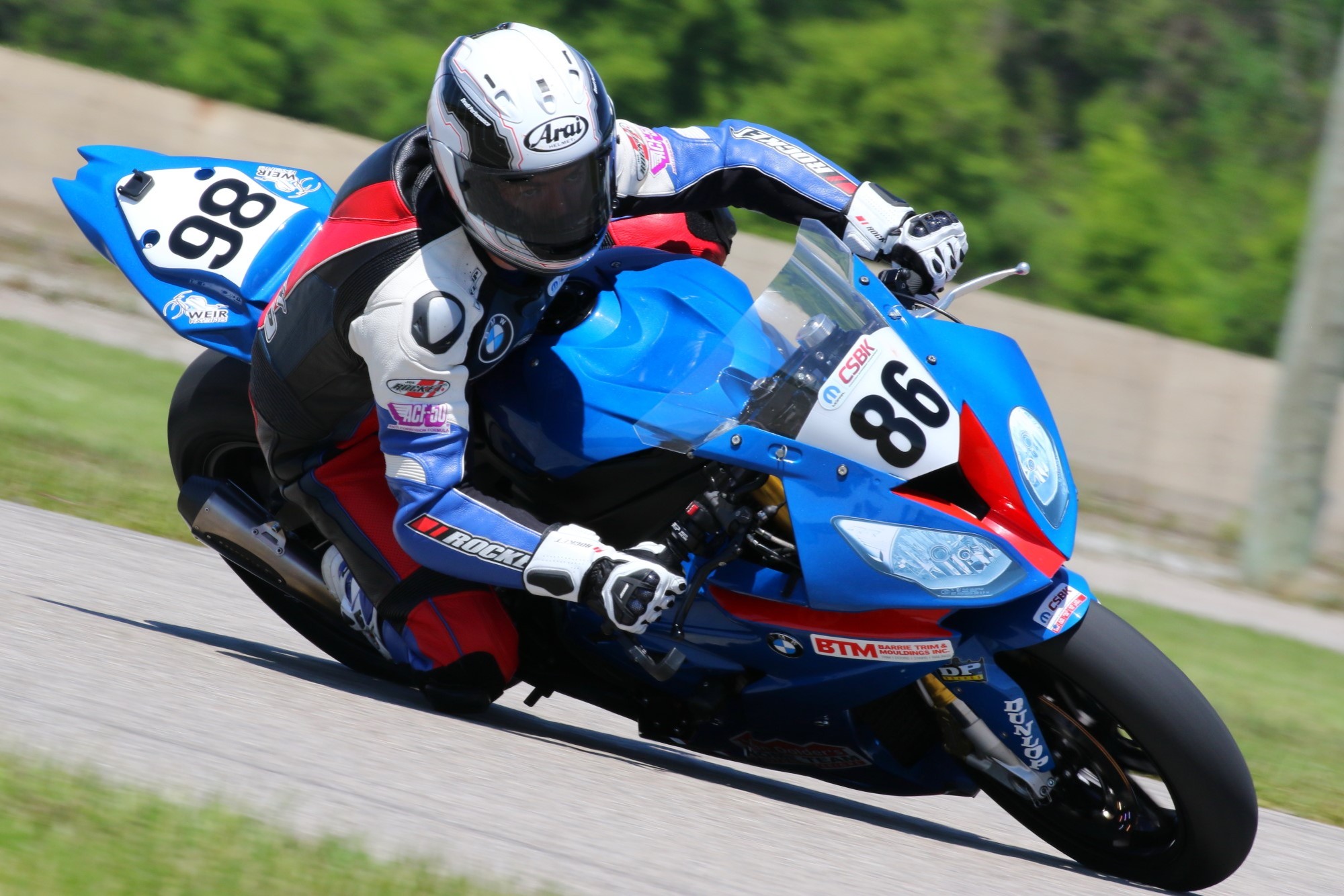 Ben Young had another incredible weekend at Round 2 of the MOPAR Canadian Superbike Championship, again, leading every session and finishing first in an exciting race. It was almost déjà vu for those who attended last year at Grand Bend Motorplex, ON, as Jordan Szoke and Young saved the battle for the last few turns of the race. This time, Young came out on top aboard his Van Dolder’s Home Team/Scot-Build BMW S1000RR.

Saturday brought some hot weather with a warm wind, as practice and qualifying got underway. After setting a new lap record of 1:03:110 during the morning practice session (the previous record was 1:03:200, set by Szoke in 2017), Young entered the first 30-minute qualifying session feeling confident. He felt comfortable immediately and put in a fast time atop the sheets to secure his spot in the 10-minute Superpole. This session sets final grid positions, and fans were in for a treat, as the drama unfolded. After a few laps Young was on pole and, with a solid time of 1:03:329, he then returned to pit lane. Szoke pulled into pits to speak with his own team, where he found he was still sitting 2nd. He went out again, clocking a time of 1:03:268, which would put him on pole position, bumping Young to second place. Young immediately hopped on his BMW S1000RR and crossed the start/finish to complete a final flying lap with approx. 5 seconds to spare, and it payed off. With a blisteringly fast time of 1:03:045, he took pole position back and set another lap record.

The race brought more drama to CSBK fans, where like last year, it came down to the last lap. As the lights went out and the race began, Szoke took the lead for the opening lap, with Young and Trevor Daley close behind, but it wasn’t for long. The first corner on lap two saw Young make a pass on veteran Szoke as the grandstand roared. Young, Szoke and Daley stayed close for the first half of the race, before Daley ultimately fell back, leaving the other two to battle. It wasn’t until the last lap, at “the carousel” in the final sector of the track that Szoke would make his move on Young, making a lunge pass exactly like last year. The pair disappeared from view, then Young came around the last corner and passed the chequered flag in first, with Szoke just 0.153 behind. Young said, “I went defensive into the second last corner and Jordan came up the inside but he ran it wide, so I managed to cut back up the inside and retake the lead with a clean run to the line to take the win.”

“We had another fantastic weekend, where the bike felt great and the team worked flawlessly. I can’t thank Scott Cartier, Willie Vass, Steve Weir and Scott Young enough as they put together another great set up for me. We had Van Dolder’s Home Team as title sponsor for this weekend, and I’m really pleased to give them the win.”

Autrodome St-Eustache, QC. June 21-23 will host the next round of the 2019 MOPAR Canadian Superbike Championship, which Ben enters with a 29-point lead in the championship.

The 26-year-old pilot of the #86 BMW S1000RR is also a proud “Laps for Muscular Dystrophy” (Laps4MD) rider who’s pledged to donate $1 for every lap he lead this season. These donations go to Muscular Dystrophy Canada to help make a difference in the lives of over 50,000 Canadians affected by a neuromuscular disorder.To keep up-to-date on Ben Young throughout the year visit;www.BenYoungRacing.com,www.facebook.com/BenYoungRacingand on Twitter and Instagram: @benyoung_86.