​Buy This Triumph Trophy SE Tourer To Help The Roadracing World Action Fund Deploy More Soft Barriers, And Get Your Name On A Section Of Airfence!

​Buy This Triumph Trophy SE Tourer To Help The Roadracing World Action Fund Deploy More Soft Barriers, And Get Your Name On A Section Of Airfence! 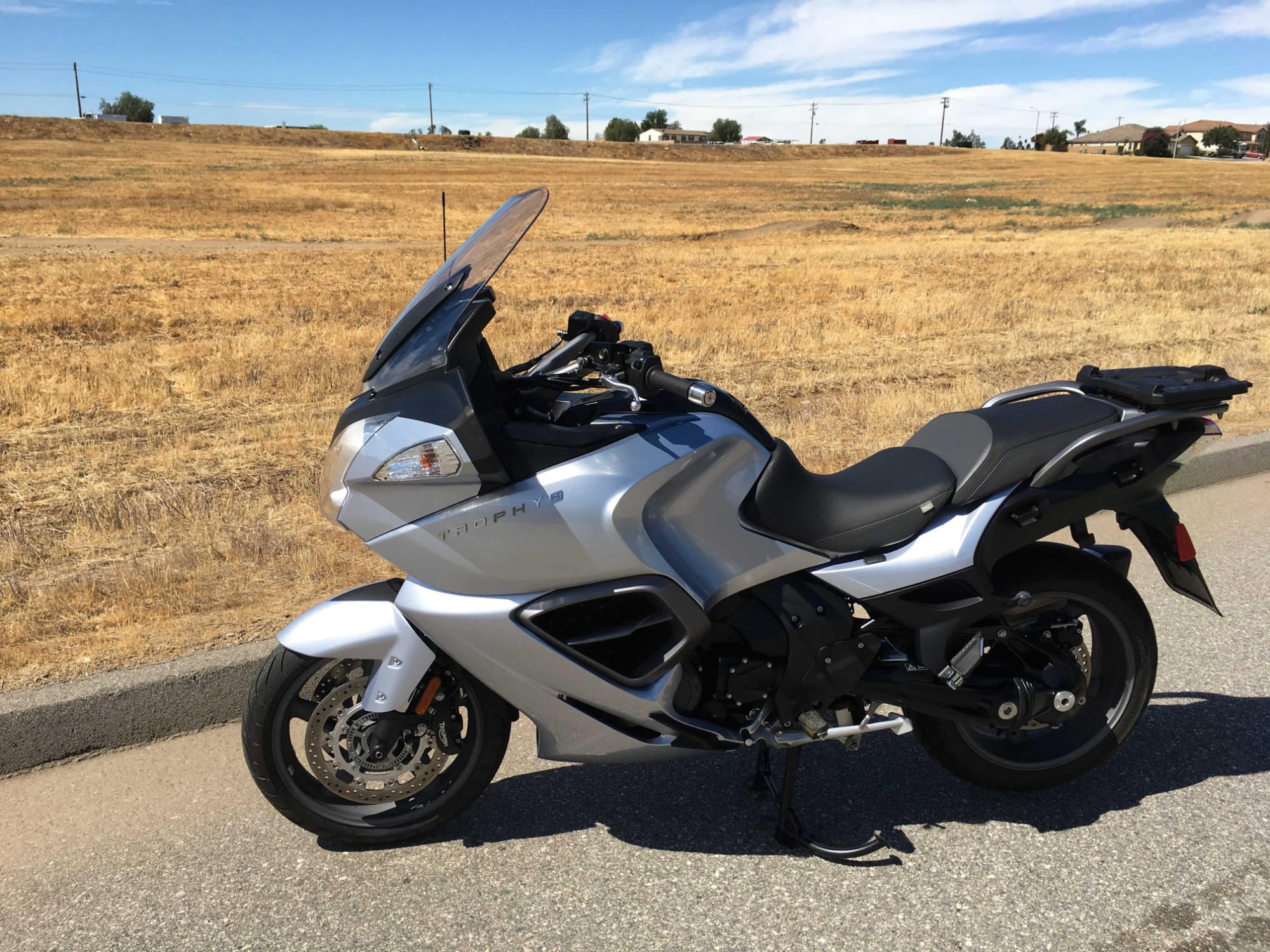 A brand new, never-registered 2014 Triumph Trophy SE luxury touring motorcycle is being sold to benefit the Roadracing World Action Fund, a 501(c)3 non-profit organization dedicated to helping prevent injuries at motorcycle racetracks by buying and deploying soft barriers like those made by Airfence .

The 2014 Triumph Trophy 1200 SE comes with detachable side cases.

The Roadracing World Action fund holds all of the documentation and paperwork for the motorcycle, which is ready to be registered and licensed in all 50 American states.

The Roadracing World Action Fund will sell this motorcycle to the person who makes the best offer over $7,999 before 12:00 p.m. (noon) Pacific Time on December 31st. The Roadracing World Action Fund will then contact the person who submitted the highest offer and make the final arrangements. The winning bidder’s name or company logo (24 inches long, with logo subject to approval by RWAF and MotoAmerica) will be applied on the upper right corner of a section of Airfence deployed at a MotoAmerica (or other racing event) in the United States—giving the bidder credit for doing a good thing, on top of getting a great motorcycle!

Offers should be submitted via email to [email protected] To be considered, offers must include full name and contact information.

Bidders should consult with a tax accountant regarding tax deductibility.

The Roadracing World Action Fund is a 501(c)3 non-profit organization dedicated to helping reduce injuries at motorcycle racetracks through motorcycle safety education efforts and by encouraging and facilitating the use of soft barriers at racing events. Since its founding in 2001, the Roadracing World Action Fund has raised approximately $2 million in donations, purchased and deployed hundreds of soft barriers around the United States, and helped prevent or reduce the severity of injuries to many motorcycle racers and track day riders. For more information, go to www.roadracingworld.com/actionfund/.