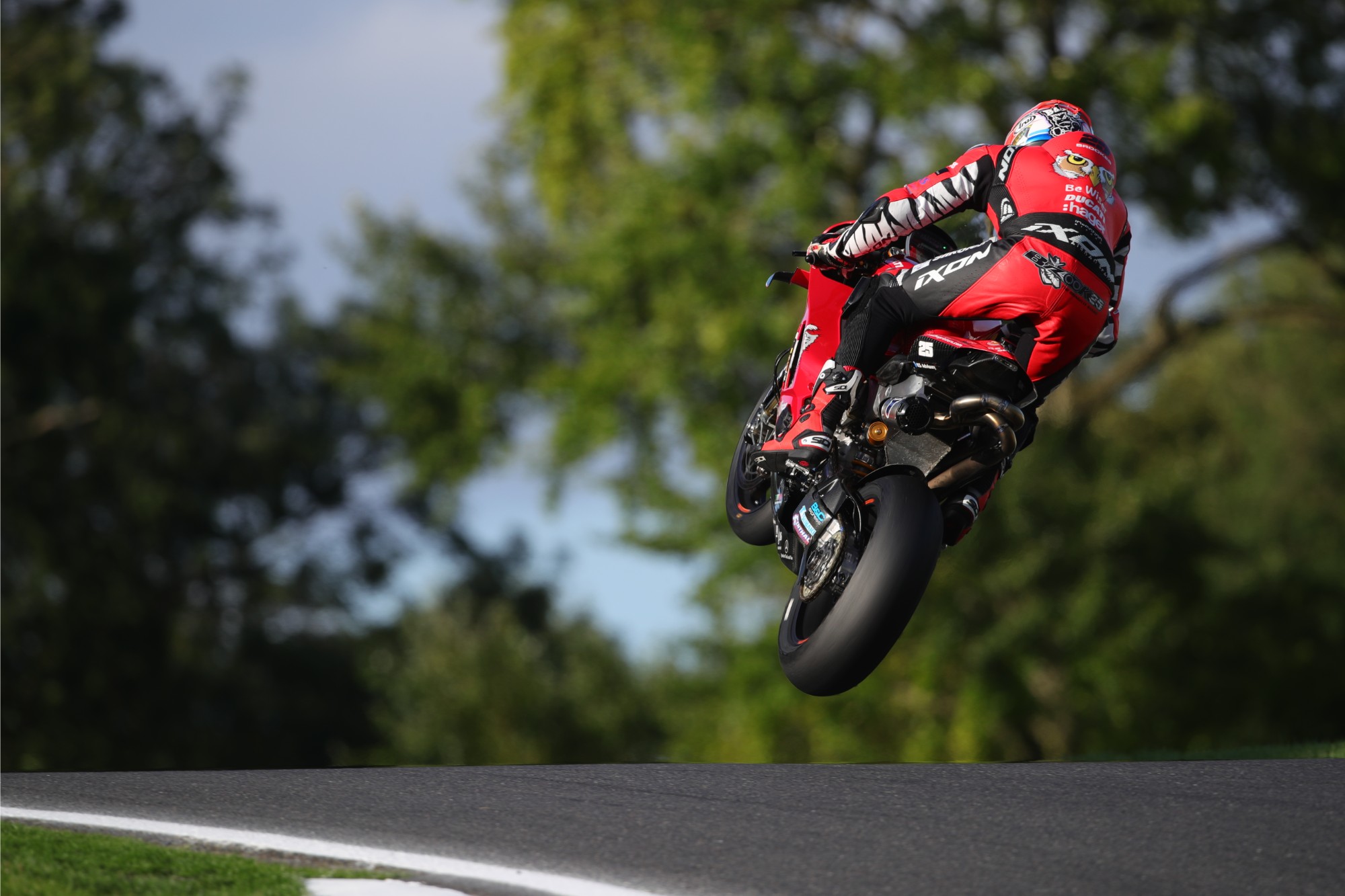 Editorial Note: American Brandon Paasch, riding his FPW Racing KTM, qualified third in British Motostar (Moto3) but crashed and DNF in Race One Saturday at Cadwell Park. Paasch reported on Facebook that he is essentially uninjured and has been medically cleared to ride in Race Two on Sunday.

Qualifying Results (all on Pirelli tires):

From Qualifying Knockout Session One:

More, from a press release issued by MotorSport Vision Racing:

Brookes back on pole position by 0.224s from a resurgent Ray

Josh Brookes claimed his third pole position of the 2019 Bennetts British Superbike Championship season at Cadwell Park, setting a time under the existing lap record to put the Be Wiser Ducati at the top of the times by 0.224s.

Brookes set the pace in the final Q3 stage after topping the free practice times yesterday as the 2015 champion bids to close down the Podium Points deficit to championship leader Scott Redding in tomorrow’s two races in Lincolnshire.

However, the biggest celebration came from the Buildbase Suzuki team as Bradley Ray returned to the front row for the first time this season in Datatag Qualifying, nudging ahead of Tommy Bridewell on the Oxford Racing Ducati to complete the front row.

Redding heads the second row on the second of the Be Wiser Ducatis ahead of Danny Buchan, who had topped the final free practice session this morning for FS-3 Racing Kawasaki. Jason O’Halloran was sixth fastest on the leading McAMS Yamaha, holding off Dan Linfoot who overcame a crash in Q1 to return to the top nine for Santander Salt TAG Yamaha.

Tyco BMW completed the top ten with Christian Iddon narrowly ahead of Glenn Irwin as Honda Racing’s Andrew Irwin just got pushed outside of the top nine after Q2.

“I’m really pleased. We’ve had a couple of poor years here recently and I haven’t really been able to do anything that satisfying, so to have the bike that feels the way it does underneath me is is great, I don’t need to follow anybody to do the lap, I can do it on my own.

“The bike feels like it’s doing what I want it to do and we’re doing the lap times that prove it. I can’t be more pleased for myself but obviously I’ve got to thank everybody involved in the team, all the sponsors and my mechanics that do the work, and in front of a fantastic crowd here on a Saturday afternoon.”