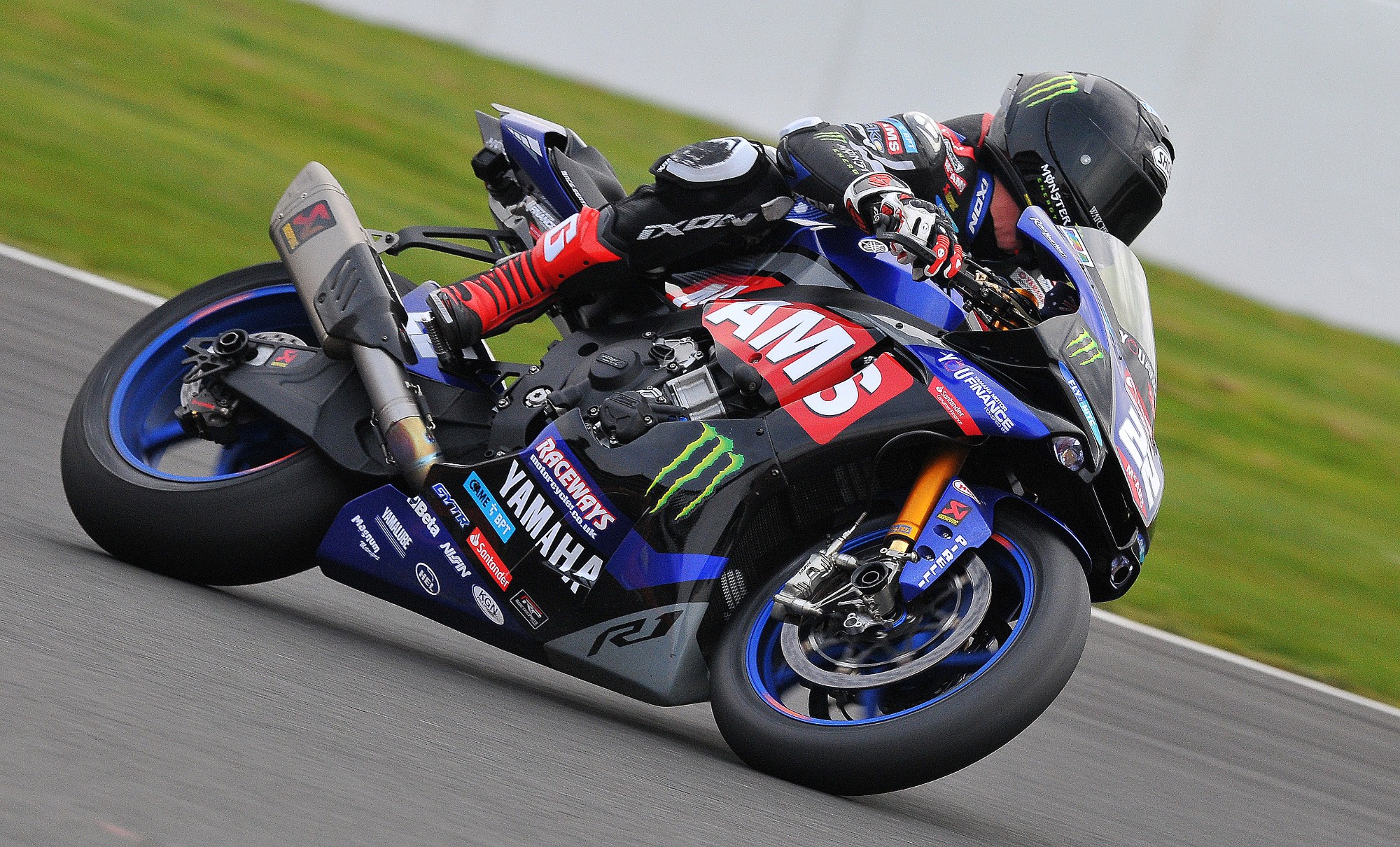 Jason O’Halloran fired himself back to the top of the timesheets at Silverstone today (Tuesday), pushing ahead of his former team-mate Dan Linfoot in the last ten minutes of the final official pre-season test. The Australian was able to hold off the challenges from his rivals to have the edge for McAMS Yamaha ahead of the much-anticipated Bennetts British Superbike Championship opener in ten days’ time.

O’Halloran held an advantage of 0.044s at the chequered flag, carrying his strong form from the previous official tests into Silverstone, which kicks off the season over Easter weekend (April 19/20/21).

O’Halloran said: “We’ve had a really good pre-season. All the guys in the McAMS Yamaha team have done a great job. From Monteblanco to Portimao and now today, the first time I’ve ridden the bike in the UK, everything has gone really well.

“It was nice to get back on to a UK circuit and confirm our pace as sometimes European tracks in high temperatures can be a little misleading when you come back to the cold British tracks! It’s nice to leave here on top heading into next weekend, now it gets serious!”

Linfoot showed strongly on his first official test appearance with the Santander Salt TAG Yamaha team, holding off the 2015 champion Josh Brookes, who had topped the previous session on the leading Be Wiser Ducati.

The improvements in the final stages of the session displaced Luke Mossey into fourth place, the OMG Racing Suzuki rider holding a position at the top of the times earlier in the afternoon with Luke Stapleford closing in to complete the top five for Buildbase Suzuki.

Scott Redding completed the top ten on his return to Silverstone, on the shorter National circuit by comparison to what he has previously experience in MotoGP, nudging Danny Buchan and Glenn Irwin for the 2018 title-winning Quattro Plant JG Speedfit Kawasaki team, outside the top ten.