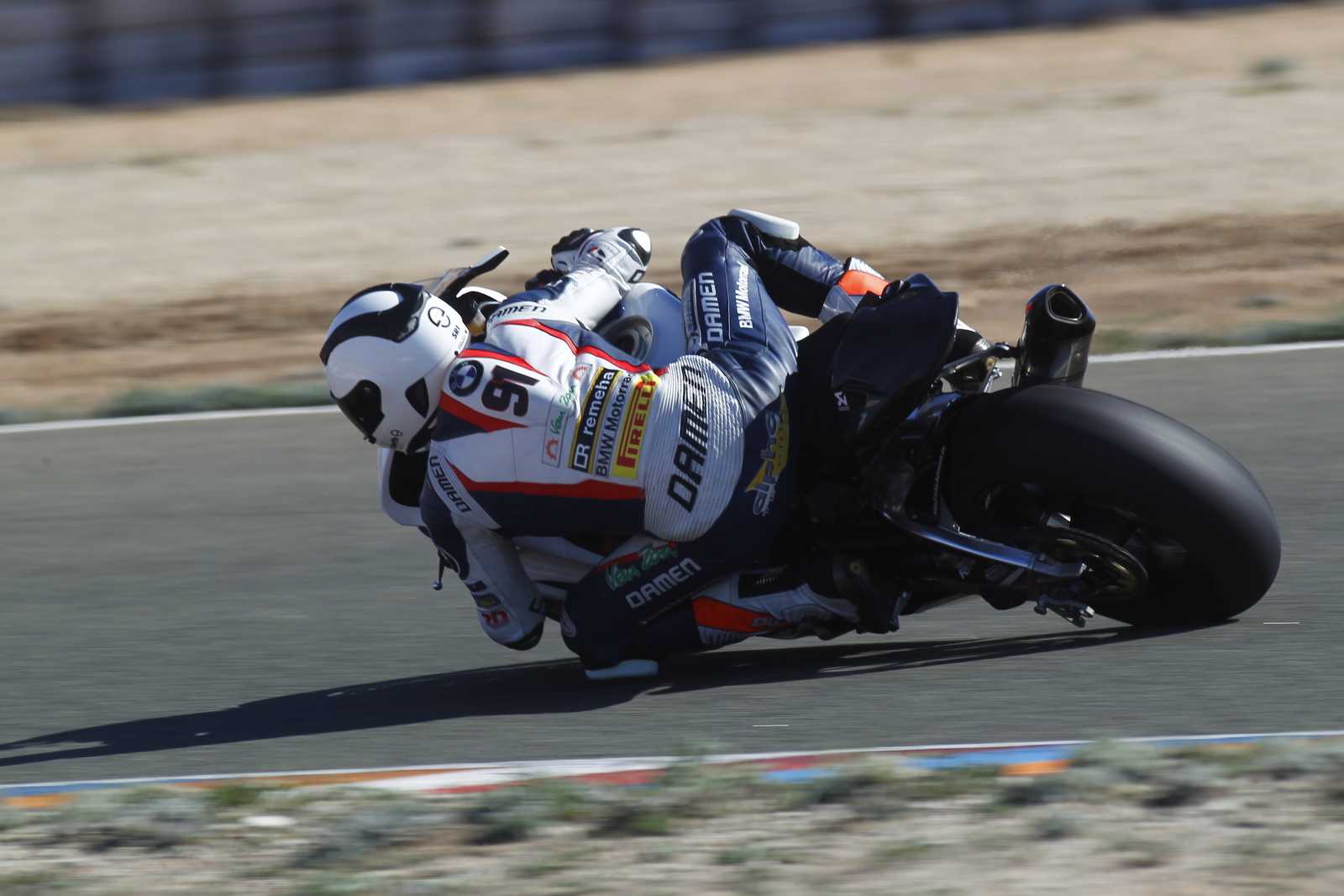 Almeria/Munich, 12th March, 2015. As part of their preparations for the 2015 season, some of the BMW Motorrad customer teams took to the track together this week. At the BMW Motorrad Race Camp, the teams from various championships completed three days of intensive testing in Almeria, Spain. Alongside the BMW Motorrad Motorsport engineers, they worked on tailoring the new BMW S 1000 RR to suit their individual requirements and on setting them up for the upcoming races.

The teams that took part included the BMW Motorrad France Team Penz13.com from the FIM Endurance World Championship (EWC), the Tyco BMW Team and its riders from the British Superbike Championship (BSB) and road racing events, as well as the Wilbers BMW Racing Team and the BMW Stilgenbauer team, both from the International German Motorcycle Championship (IDM). In glorious sunshine and with temperatures at around 20 degrees Celsius, the teams experienced perfect testing conditions at the BMW Motorrad Race Camp.

“It was an extremely successful three days of testing,” said Berthold Hauser, BMW Motorrad Motorsport Technical Director. “Thanks to the great weather we got through an extensive programme. It’s very important to us to be able to provide intensive support for our customers in the pre-season preparations. The joint testing at the BMW Motorrad Race Camp gives us the perfect opportunity to help with the specific settings for the individual RRs and to test new features on the track together with the teams. We were able to tackle many areas related to preparing a new bike for the race season with the teams on these three days. Everyone feels that it was a really positive event.”

“It is an important tradition of ours to also offer a special Race Camp for our racing customers as part of the BMW Motorrad Test Camp,” explained Udo Mark, BMW Motorrad Motorsport Marketing Director. “During this test we can offer our teams our collective expertise while they are preparing for the season and we can provide them with optimum support. From our perspective, we also appreciate the close, direct exchange with our customer teams, made possible by the joint testing at the track. The teams’ feedback on our new RR was positive all round; the individual riders unanimously agreed that they feel good on the bike. And of course, spring testing like this is a lovely way for the BMW Motorrad community to warm-up for the new season together.”

Markus Reiterberger (DE), Bastien Mackels (BE) and Pedro Vallcaneras (ES) tested the RR that the BMW Motorrad France Team Penz13.com will race in the coming season of the Endurance World Championship. Also other renowned riders like Lukas Pesek (CZ), Michael Rutter (GB) and Martin Jessopp (GB) took it to the track for the first time after the long winter break. The Tyco BMW Team from Great Britain brought its crews from the BSB and from road racing. This year, riders Michael Laverty (GB), Tommy Bridewell (GB) and Alastair Seeley (GB) will represent the team in the BSB. In the road racing events, TT stars Guy Martin (GB) and William Dunlop (GB) will compete for Tyco BMW. The Wilbers BMW Racing Team, which also works in close cooperation with BMW Motorrad Motorsport on the development of new components, brought its two IDM riders Lucy Glöckner (DE) and new member Matej Smrz (CZ) to testing in Almeria. The BMW Stilgenbauer team was in action with Dominik Vincon (DE), who will once again compete in the Superstock class of the IDM this season. With numerous further BMW teams on the track and in the paddock, the first test of the 2015 season was a real success for BMW Motorrad Motorsport