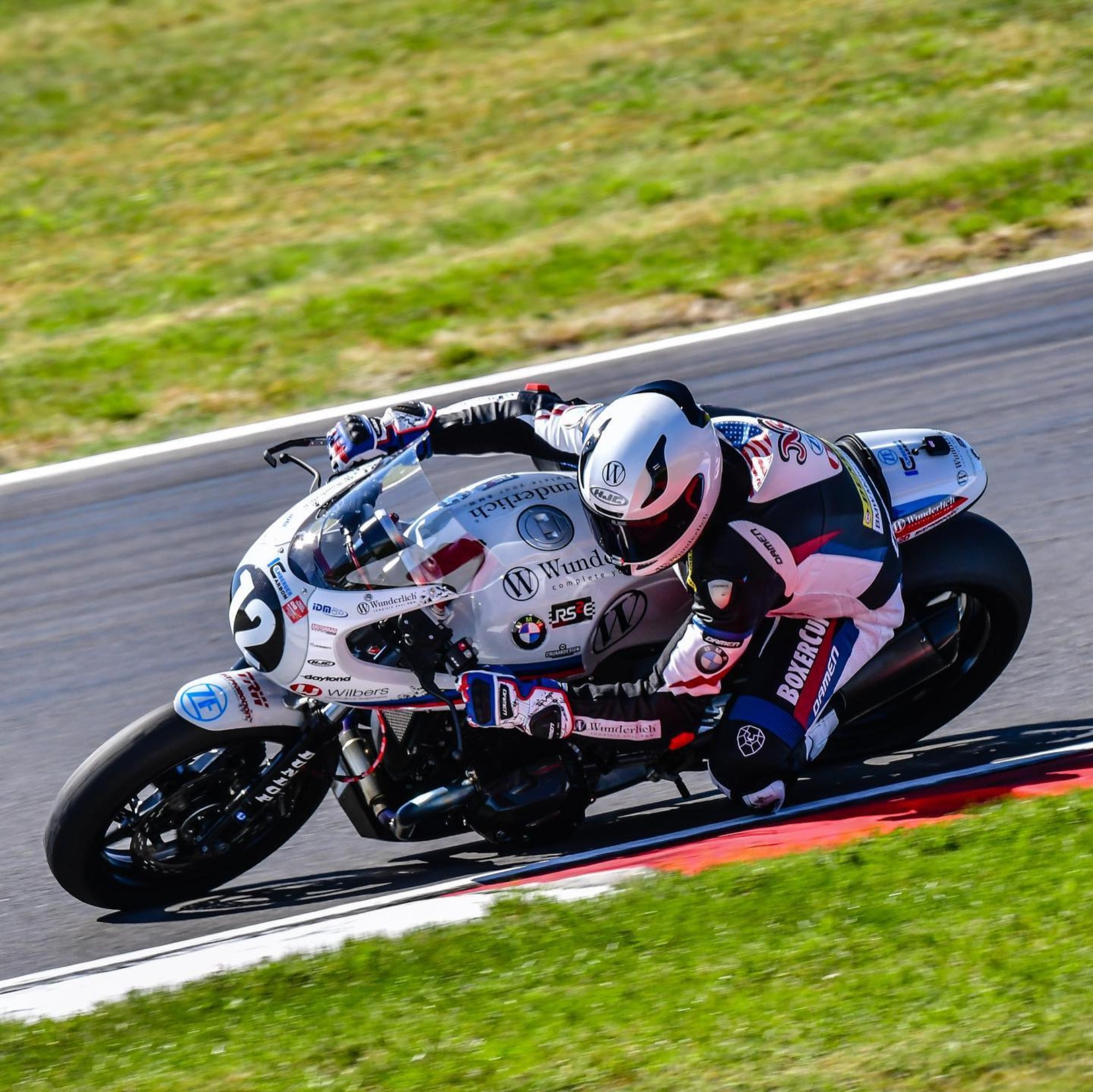 Championship Point Standings (after 2 of 12 races):

More, from a press release issued by Wunderlich Motorsport:

The Wunderlich MOTORSPORT team got off to a perfect season start of the International Deutsche Motorradmeisterschaft (IDM) at Germany’s Lausitzring. Riders Christof “Fifty” Höfer and his team mate Nate Kern from the USA powered their BMW R nineT Racer in a double 1-2. Kern already had taken pole position in front of Höfer, who turned the fortunes around for himself in both races.

It has not only been the season opening for the IDM and the BoxerCup but also the very first race of this new class in which only BMW R nineT machinery is lined up. Wunderlich MOTORSPORT’s targets were easily found and clearly communicated: Both riders shall fight for race wins and the championship.

For that Nate Kern from USA was brought into the team – an experienced guy not only on Superbike machinery, but a Boxer rider for more than ten years. Team mate Höfer won the German edition of the Suzuki GSX-R1000 Cup two years ago and moved up to the IDM Superbike last season. But the year was injury plagued, so Höfer is now aiming for a fresh start in the BoxerCup.

Kern and Höfer might be team mates but won’t make any gifts to each other during the races, but in Lausitzring’s practice and qualifying sessions, both worked together as Kern was new to the track and Höfer almost has no experience on Boxer motorbikes at all. So, the Wunderlich duo worked together and did not make the opponents having a faith at all.

In Saturday’s first race it was Kern who took the holeshot and the US rider was able to pull a gap to his opponents. But at the end of the race it was Höfer that put in the best pace, fighting back on his team mate. Kern also missed a gear one or another time, so Höfer could not only catch him but also took the win.

The second race was a mirror of the first one: Best start and leading the first laps it was Kern but Höfer fought back and took the win in the end.

The next of in total six BMW BoxerCup meetings will be held 21st to 23 of June in Zolder, Belgium. 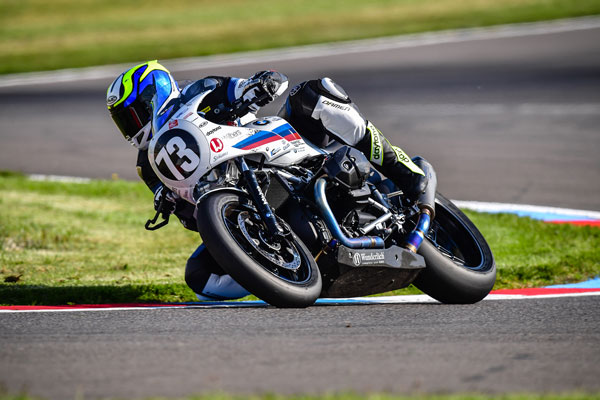 “I am more than delighted after last year’s misfortunes to be back on front. All winter I worked a lot on my fitness but also mentally wise. Wunderlich gave me the chance to go for it in the BoxerCup and I am taking this very seriously. My hardest opponent is Nate Kern from the USA, a real tough guy and a weapon on those Boxer bikes. He did ride such motorbikes for more than ten years, won races and championship and he knows how to rides such things. When I was able to beat him on Saturday evening I was simply delighted and could head into the second race more calm. I was able to study him a while then and got faster again. I am more than happy now as this takes a lot of weight from my shoulders.” 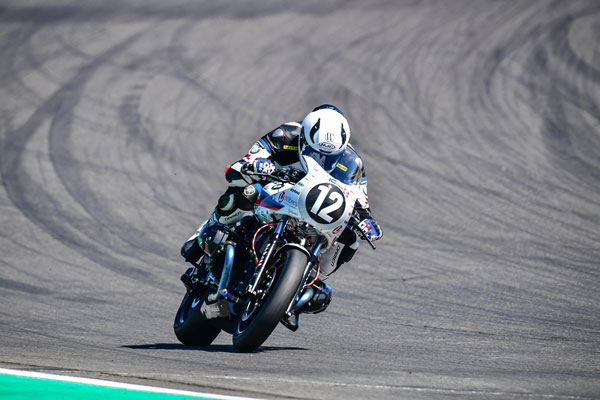 “Great! I really, really enjoyed the track, I instantly geled with the track. P2 on free practice one, P1 on free practice two, qualifying was great too. But I also feel I was helping the young bug, the local kid, that is going really good and got a lot of talent. I just wanted to be always a little bit on top but come race time – I just need to get my cardio better for Zolder.”

Team manager Frank Hoffmann to the race weekend in the Lausitz of the BoxerCup 2019: “We are overjoyed that both riders are on an equal footing and have helped us with their routine and experience to bring the motorcycles to a very high level. We are looking forward to the next races.”