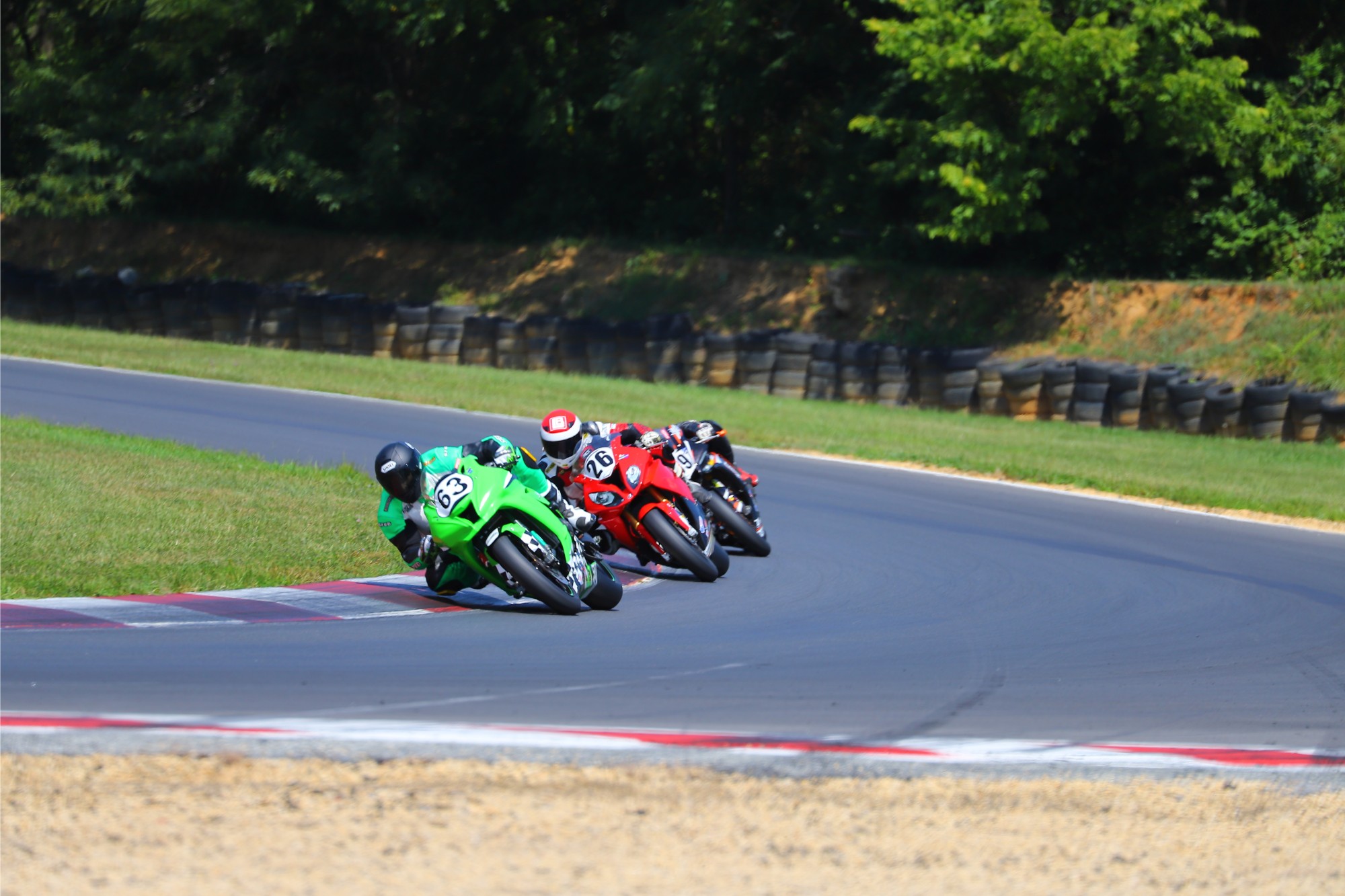 Round 5 from Summit Point Motorsport Park

Summit Point, WV – The “Ironman” of ASRA Team Challenge Lloyd Bayley (LB Sports) did it again at Summit Point Motorsports Park, riding the complete 200 miles by himself and dominating the field of 27 teams. Bayley, piloting his BMW S1000RR, proved his nickname by lapping the entire grid by lap 64 of the 100-lap contest and holding on to that advantage at the checkered flag.

Both the Overall and GTO podium was the same “usual suspects” with the Grease Monkey Racing BMW (Stephen Hoffman, Eric Helmbach) the only team after lap 35 to pressure LB Sports by staying on the lead lap until lap 64 and then running with the leader to the finish. This left the Jinba Ittai Yamaha (Joel Lenk) circulating in a lonely third position, two laps down to the leader and two laps up on fourth place Barry Motorsports (Jim Barry). The solid second place finish by GMR moved them into the Overall Championship lead by two points over Jinba Ittai with three races left in the season. For the GTO Championship, GMR enjoys a 10-point lead over Jinba Ittai after the fifth round of the season.

The next event for the AMA Sanctioned ASRA Team Challenge Championship Presented by Michelin Tire is September 14-15 at Virginia International Raceway in Alton, VA.