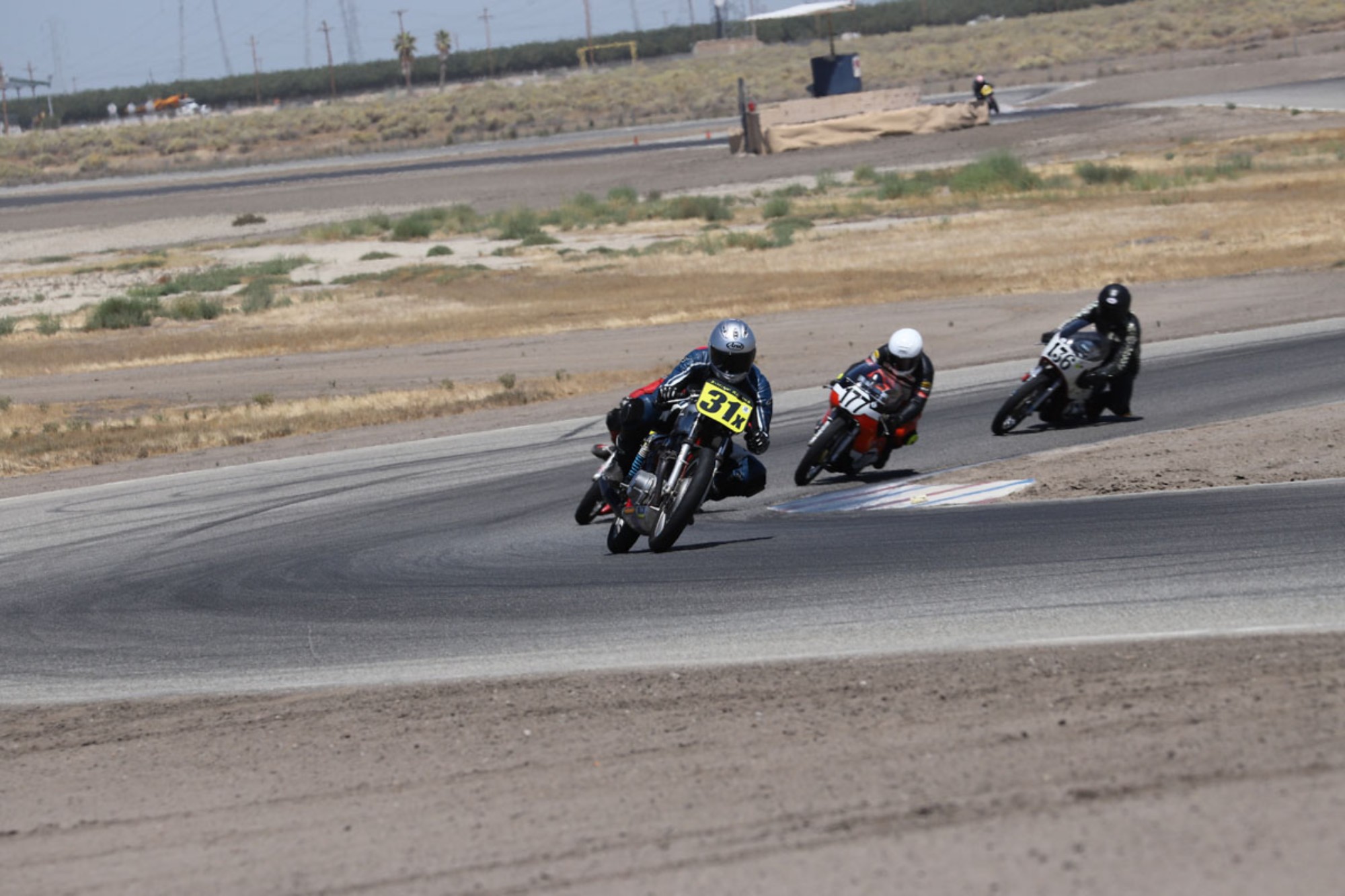 ELORA, TN – The 2019 race season is quickly nearing its end, with only 3 more events to run. This past weekend, Rounds 17 and 18 of the AHRMA Vintage Cup series featuring the 350GP class, sponsored by NYC Norton (NYCNorton.com)and Roadracing World Magazine (RoadracingWorld.com) was run at Buttonwillow Raceway Park in Buttonwillow, California.

This event brought out some of our best AHRMA talent, based on the west coast, including former pro racer and AMA Hall of Famer, Walt Fulton, as well as Phillip Island International Classic competitor Brian Filo. Saturday’s race saw Fulton taking an early lead, which he kept for most of the race. Filo , who got a bad start, was determined to work his way through the field, mugging Fulton on the last turn for the checkered flag. Sunday’s race showed Filo taking the lead in lap 1, increasing it each lap to take the checkered flag for the race, with Fulton coming in second. Filo, riding Dave Crussell’s Kawasaki A1R, broke the stranglehold that the 4-stroke Aermacchi’s have held on this class so far this season.

The excitement wasn’t limited to first place. Matthew Winiarski, Robert Aegerter and Ian Yaeter diced both days, on their Italian 350 4-strokes with Winiarski taking podium both days. This class truly showcases the variety of bikes raced in the late 1960s still putting on a great show in the 21st century.

The next rounds will be at the Utah Motorsports Campus bringing competitors from both east and west coasts, and will undoubtedly result in some incredible racing. The UMC east track is a great equalizer between power and handling, and will showcase the characteristics of these classic racing machines.