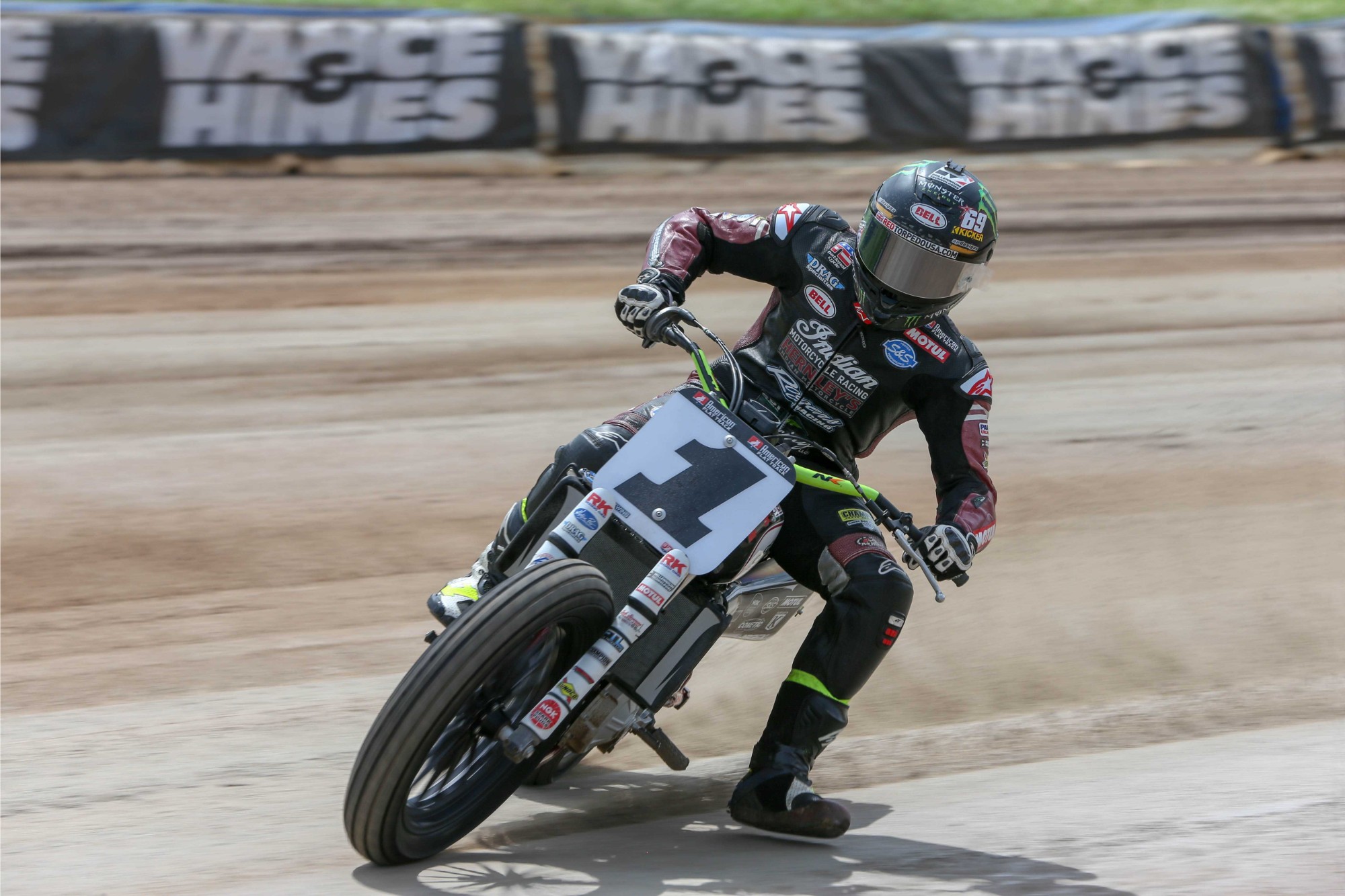 DAYTONA BEACH, Fla. (July 5, 2018) – A totally new racetrack experience for American Flat Track riders and fans, along with interesting rider scenarios and a Friday night Kickoff Party at the track, make this weekend’s Harley-Davidson New York Short Track at Weedsport Speedway a potentially explosive event – and a perfect ending to the sound and fury of this week’s Independence Day fireworks celebrations.

An mysterious racetrack is always an interesting angle to throw at racers: new surface, new apexes, new everything. Toss in some of the personal elements that have developed over the last few weeks and things can get extra interesting.

Reigning AFT Twins presented by Vance & Hines champion Jared Mees (No. 1 Indian Motorcycle Rogers Racing SDI Scout FTR750) has proven to be an overdog this season, though that hasn’t stopped Jeffrey Carver Jr. (No. 23 Roof-Systems of Dallas/Indian of Metro Milwaukee Scout FTR750) from nipping at the champ’s heels on several occasions – and beating Mees in a straight fight at Springfield.

In AFT Singles you’ve got several interesting stories percolating, primary among them the dramatic win by Shayna Texter (No. 52 Husqvarna Motorcycles/JCS Racing FC 450) at last weekend’s Lima, Ohio, Half-Mile. Texter had a perfect night at Lima; she was fast qualifier, won her Heat and Semi, then literally disappeared into the night in the Main, winning by nearly five seconds.

“Being able to race a National near my hometown is really awesome,” said Wells. “Growing up, you hear your racing heroes talk about winning a hometown race, and here’s my chance. It’d be great to get a win in front of folks I know, so I’m plenty motivated.”

Then there’s points leader Dan Bromley (No. 62 KTM North America/Bromley Motorsports 450 SX-F), who’s been fast and consistent this year as he’s pieced together a 43-point lead over second-place Wells and third-place Texter, who’s just a single point back from Wells.

Can Texter make a run at Bromley – and the AFT Singles championship – with another win? Can Wells and Carlile use the local fans as extra motivation? Will Bromley bounce back and grab his fourth win of the season? It’s sure to be exciting to watch.

There’s plenty to do over and above all the wheel-to-wheel AFT Twins, AFT Singles and Harley Hooligan action on Saturday, too. Friday night from 5:30 to 9:00 pm features an action-packed Kick Off Party offering up live music, autograph signings with top AFT racers, a Harley stunt show and much more. Here’s the deal:

•Harley-Davidson’s very cool Jumpstart display, which allows motorcycling newbies to sit on, start and shift a full-sized motorcycle through the gears while it’s bolted firmly to a customized trailer.

Entrance to Friday’s Kick Off Party is free.

This is American Flat Track’s only visit to New York this season. A range of tickets – from General Admission to VIP – are available at the party or at New York Short Track Tickets. But hurry, because VIP tickets – like our Trackside VIP spots with exclusive access, views and food/drink options – are selling quickly and won’t last.

Gates open at 3:00 pm ET, with practice and qualifying beginning at 4:00. Racing is scheduled to start at 7:00, right after the 6:45 Opening Ceremonies. A Fan Walk and Autograph Session happens at 8:00. Main events are scheduled to begin at 9:19, with racing concluding at approximately 10:30.

Fans that can’t make the race can watch everything from practice to the Main Events live on FansChoice.tv starting at 4:00 pm ET (1:00 pm PT). For a thoroughly in-depth experience with flat-to-flag coverage of both Main Events enhanced by drone and onboard footage, be sure to catch the feature telecast of the New York Short Track when it debuts on NBCSN, July 15 at 1:00 pm ET (10:00 am PT).