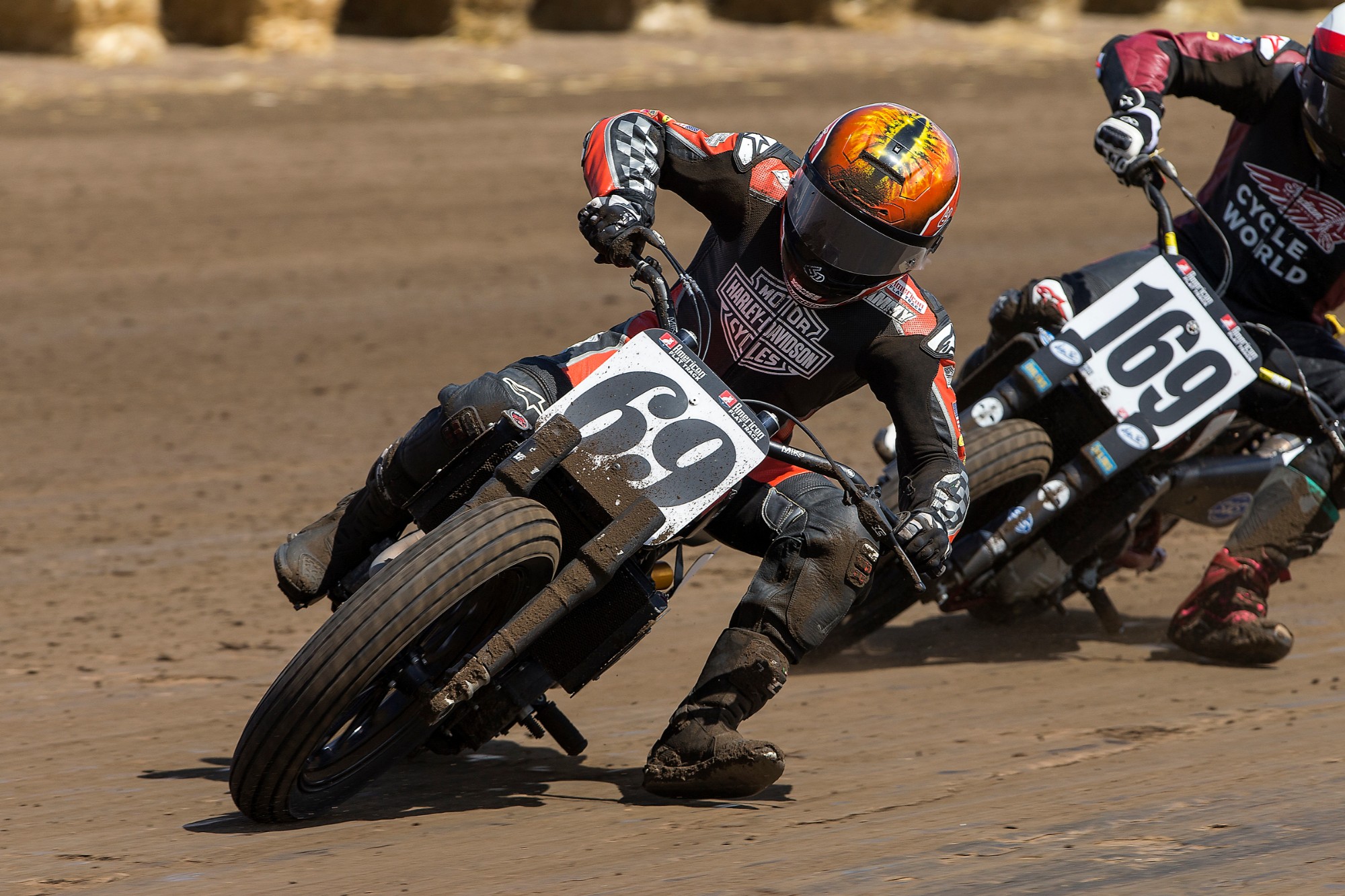 “It’s great to have Sammy and Jared back on the Harley Factory Team this season,” said Terry Vance, owner of Vance & Hines Motorsports. “Sammy brings veteran experience and Jared is one of the fastest young riders in the series. We’ve been working hard on our program in the off-season and we expect to bring fast Harley-Davidson motorcycles to Daytona.”

The team will field an all-new XG750R flat tracker for 2019, according to Vance, with a new chassis and a revised liquid-cooled, fuel-injected and race-tuned 750cc Harley-Davidson® Revolution X™ V-Twin based on the production engine originally designed for the Harley-Davidson Street 750 motorcycle.*

“We’ve applied lessons we learned last season and made some changes to take advantage of new series rules,” said Vance. “We’ve done a lot of pre-season testing and dyno work on the engines and indications are positive.”

The Daytona TT will provide an interesting test for the Harley Factory Team and other AFT competitors. A new 0.6-mile course will for the first time utilize the paved front straight of the historic Daytona International Speedway tri-oval, requiring racers to transition from dirt to pavement to dirt on each lap while negotiating left- and right-hand turns and a jump on the dirt section laid out on the infield of the speedway.

Flat track is the most-historic form of American motorcycle racing and Harley-Davidson has been part of the sport since the heyday of the Harley “Wrecking Crew” teams of the 1920s. In 2019 the Harley-Davidson Factory Flat Track Racing Team will compete on a diverse 18-event AFT Twins schedule that includes six miles, five half-miles, three short tracks and four TT courses. After a one-year hiatus So-Cal Half Mile at Perris Auto Speedway in Perris, Calif., (May 11) returns to the schedule. There are two new events on the schedule: Wild Horse Pass Motorsports Park TT, in Chandler, Ariz. (April 27), and Laconia Short Track at New Hampshire Motor Speedway in Loudon, N.H. (June 15).

Always a tenacious competitor, Sammy Halbert has won 13 times in AMA Grand National competition. Halbert was named AMA Ricky Graham Rookie of the Year in 2006 and won his first Grand National race at the 2007 Castle Rock TT. Halbert earned a gold medal for his win at the Harley-Davidson Flat Track event at the 2017 ESPN X Games. In 2018 Halbert put the Harley-Davidson Factory XG750R in every AFT Twins main, scored a podium finish at the Buffalo Chip TT, and finished 10th in season points. Halbert is 31 years old and lives in Graham, Wash.

The 2014 AMA Pro GNC2 Twins champion, Jarod Vanderkooi (VAN-der-koy) won his first pro event on the Springfield Mile. He moved up to the top GNC1 class in 2015 and was named Rookie of the Year after scoring four top-10 finishes. In 2018 Vanderkooi raced his Harley-Davidson Factory XG750R to a podium finish at the Atlanta Short Track event, was fast qualifier at the Buffalo Chip TT, and finished 13th in season points. Vanderkooi is 21 years old and lives in Mt. Gilead, Ohio.

* The XG750R is a purpose-built racing motorcycle and will not be offered for sale at this time by Harley-Davidson.

Since 1903, Harley-Davidson has fulfilled dreams of personal freedom by leading the innovation of two-wheeled mobility. The company offers an expanding range of leading-edge, distinctive and customizable motorcycles and brings the brand to life through Harley-Davidson riding experiences and exceptional motorcycle parts, accessories, riding gear and apparel. Learn more about how Harley-Davidson is Building the Next Generation of Riders at www.harley-davidson.com.