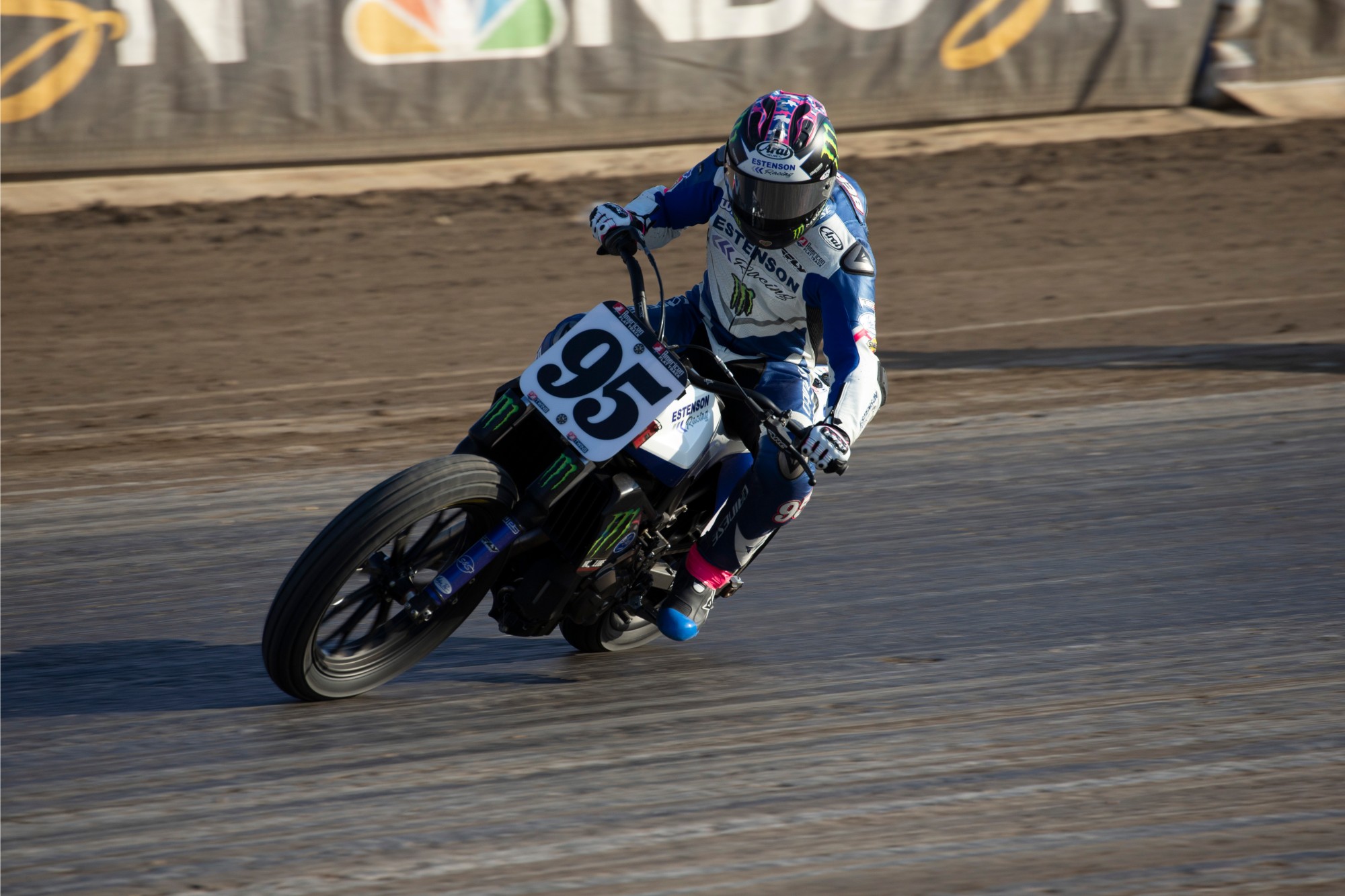 PHOENIX – Jake Johnson, JD Beach and Kolby Carlile head to Springfield, Illinois, for twice the American Flat Track action this Labor Day Weekend, August 31 – September 1. Weather postponed the running of Springfield Mile I during its traditional date in May, so at long last the Twins team will get to debut the Estenson Racing Yamaha MT-07 DT on the “World’s Fastest Mile.”

Johnson already has a pair of wins and multiple podiums to his resume at the legendary venue. So far this season, the two-time Grand National Champion has made three trips to the podium – Daytona TT, Laconia Short Track and the Buffalo Chip TT – but he is hungry for that first win in 2019.

Beach also has three podiums to his credit this season, a pair of wins (Super TT and Buffalo Chip TT) and a third-place finish at the Peoria TT. The dirt track/road racer is eager for his first mile race of the season and to see what the team’s newly developed machine can do. The last time Beach raced on the big track at the Illinois State Fairgrounds was in 2013. He was just shy of victory in the second Springfield Mile race and would like to stand on the top step of the podium this time.

After a solid showing in the AFT Twins class at the previous round in Peoria, Carlile shifts his focus to the AFT Production Twins class. The rookie looks to capitalize on back-to-back races at the Springfield Mile to take his first win in the class and advance his place in the championship standings.

“This weekend in Springfield will be another new track for our bike this year, since the race in May was postponed due to weather. I’m anxious to see where we stack up and hopefully use this doubleheader to make improvements throughout the weekend.”

“I’m really looking forward to Springfield this weekend. It’s going to be my first Mile of the year, and it’s going to be cool to race two of them back-to-back. I think the last time they did that was back in 2013, which was actually the last time I raced the (Springfield) Mile. The weather looks good this weekend; it doesn’t look like it’s going to be too hot. That should help the dirt a lot and not get too slick. I think that will help our bikes. I’m really looking forward to getting our Yamahas on the Mile and see what we can do.”

“Looking forward to a mile doubleheader this weekend in Springfield. We have made a pretty big change going into the weekend, and I think it is one that will show direct results on the track. Five races are left this year so I have to make each one count towards finishing this championship up. The weather looks good for some fast race tracks so it should be awesome.”

The racing action from the Illinois State Fairgrounds will be on NBCSN, September 8 at 1:30 p.m. For tickets and additional information about the event: http://www.americanflattrack.com/events/ .

Dallas Daniels Looking for Another Win at Home

PHOENIX – Fresh off of his debut American Flat Track AFT Singles win at the Peoria TT, Dallas Daniels looks to back it up with another win in his home state of Illinois at the Springfield Short Track on Friday, August 30. His teammate Ryan Wells is also looking to take another victory this season aboard the Estenson Racing Yamaha YZ450F.

Since turning pro at the Lima Half-Mile earlier this June, Daniels hit the ground running with solid results in a stacked AFT Singles class. It was the 16-year-old’s dominant win at the previous round at the Peoria TT that marked him as one of the sport’s top up-and-coming stars. The fast boy from Illinois wants to keep his winning momentum rolling into Springfield, his first Short Track race of his early professional career and not too far from his hometown of Mattoon. Although a different track configuration for Labor Day weekend than in May, Daniels raced Steve Nace’s All Star Singles Main Event at the Springfield TT (held in conjunction with American Flat Track) before turning pro, and crossed the line second behind his teammate JD Beach.

Wells is also looking for another “W” in 2019. He already has a pair of Short Track wins to his credit and has had success at the Illinois State Fairgrounds before. As the American Flat Track season heads down the final stretch with four rounds remaining, the 2016 AFT Singles Champion is looking to end the year on a high note.

“I’ve always had a blast at the Springfield Short Track. I’m even more excited to hit the track this year on my Estenson Racing Yamaha YZ450F.”

Catch the race on NBCSN, September 8 at 1:30 p.m. ET. For tickets and additional information about the event: http://www.americanflattrack.com/events/ .

MotoE: Aegerter Quickest On Day One Of Testing At Jerez