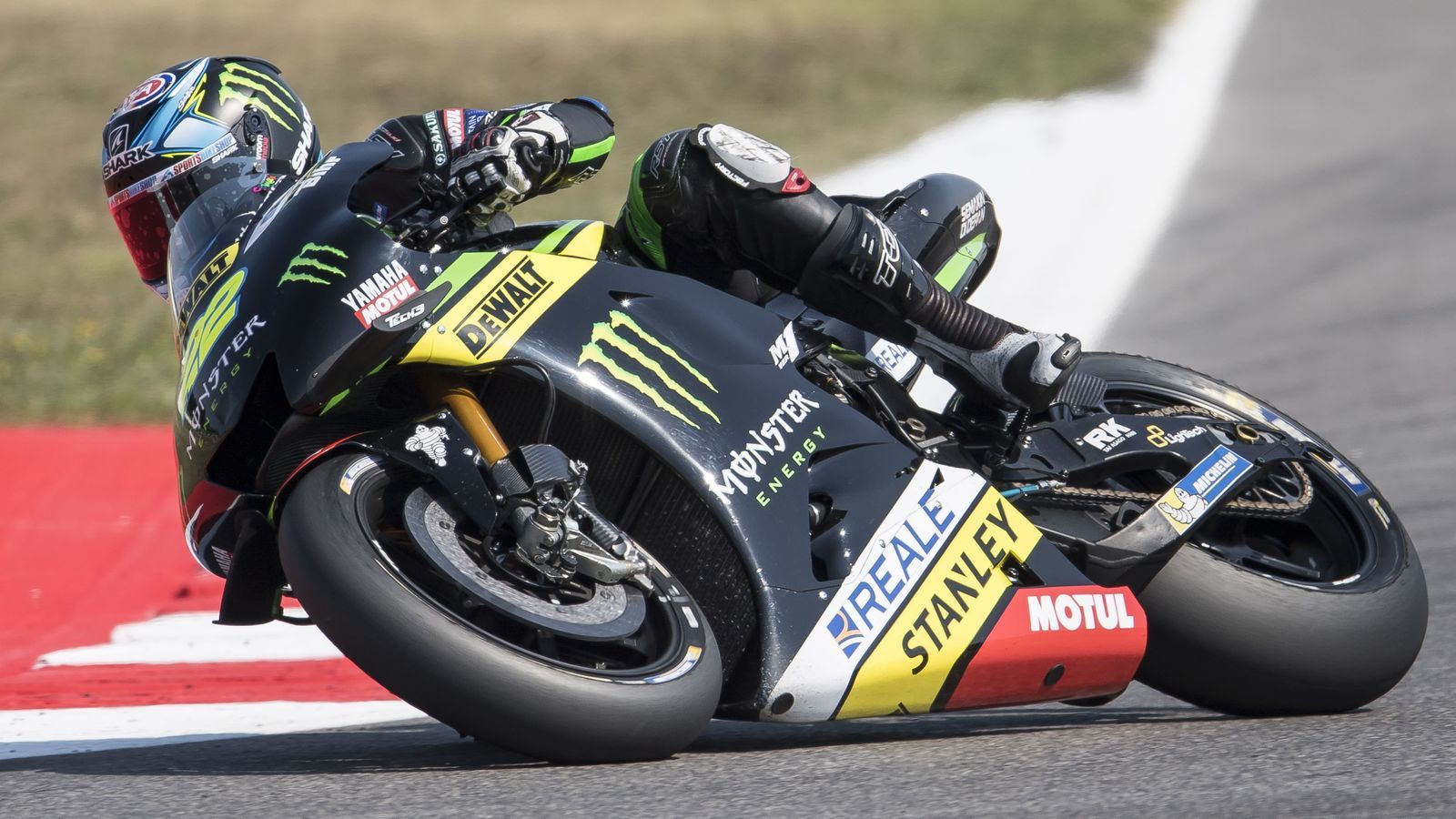 Monster Yamaha Tech3 team riders Pol Espargaro and Alex Lowes eye up the forthcoming race at the MotorLand Aragon GP confidently as they aim to battle to two notable results aboard their Yamaha YZR-M1 MotoGP bikes. The 14th event on the 2016 calendar will take place at the ultra-modern circuit that is located approximately 250km north-west of Barcelona in the inland of Spain, where a passionate crowd is expected on Sunday.

Pol Espargaro fully intends to achieve the top independent rider honours in front of his fans in this weekend’s Grand Prix ahead of the triple flyaway races. The Spaniard, who returned to the top ten at the last outing in San Marino after producing a solid effort, is currently six points behind the leading satellite rider in the championship standings, but will seek to edge ahead by securing a top eight finish in Aragon.

Meanwhile, Alex Lowes will ride in the Monster Yamaha Tech3 colours at Aragon where he will once again stand in for the recuperating Bradley Smith. The young Briton, who competed in Germany this weekend at the 10th round of the WSBK Championship, will switch from his Factory Yamaha R1 to the Yamaha YZR-M1 as he targets a point scoring result to highlight his learning progress in the world’s highest category of motorcycle racing.

“For sure, I am very excited to get back on Spanish soil and put on a good show for my home crowd at Aragon. The circuit is really impressive, super modern and great fun to ride, plus it is a track that is physically demanding where we have to constantly ride on the limit. With regards to my ambition, of course, the main aim is to win the top independent rider battle and move back into the lead in the satellite standings. I have some positive memories of Aragon as I finished three times on the podium, which also includes two victories, and it would be great if I could add another strong performance to that list. Every race this season has underlined how crucial the qualifying is and in terms of positions, I’ve had some competitive showings there on the M1, as I started from 4th on two occasions in the previous years. Therefore I hope we can hit the ground running on Friday, just like we did in Misano, and keep this form over the weekend so that I can give my fans something to cheer about!”

“I am delighted to be able to have another outing on the Yamaha YZR-M1 with Monster Yamaha Tech3 Team and I truly aim to repay the team with a strong performance on Sunday. It’s incredible how much I’ve learnt with this opportunity over the last two races and I have thoroughly enjoyed the experience. I feel that step-by-step it makes me more of a complete rider, and the knowledge I have gained on the M1 will surely continue to help me in my day job in the World Superbike championship. Fortunately, Aragon is another circuit that I know, even if we only used the MotoGP track layout for the first time this season in World Superbikes, but I’m sure it will feel different to ride on the YZR-M1, especially the last corner. In any case, the goal of the weekend remains the same because, in the previous two GP’s, I just wanted to gain as much information as possible. After racing the Yamaha R1 in Germany this weekend, it will certainly take me a few laps to re-adapt to the Yamaha YZR-M1, yet I can’t wait to get FP1 underway and ride the fantastic bike on the Spanish circuit.”

“Now we will head to Aragon, which is a track that we all like to race at. The facilities are top notch and the circuit layout is really interesting and it truly tests the MotoGP riders with its wide range of fast corners, slow turns, chicanes and long straights. There is always a good crowd there on Sunday and they appreciate all of the action so we aim to put on an entertaining show for them. For Pol, no doubt he will be fired up and aiming for the top independent rider position in his home country. He returned to the top ten in Misano, despite still suffering with some pain from his big fall at Silverstone. However, we know that he will want more so we expect him to be inside the top eight on Sunday afternoon. As for Alex, he has done a really good job whilst standing in for Bradley and we hope that he can use all of the knowledge that he has gained to help his career. Once again, we have set him the target of ending up inside the top fifteen, but of course, he will want to finish the race in a higher position. It’s vital for Pol and the team to conclude Aragon with a good result in order to get a confidence boost ahead of the triple fly away GP’s. Plus, the championship is entering the final stage and every point matters, so we will do all that we can to give the guys what they need to perform at their best on Sunday.”