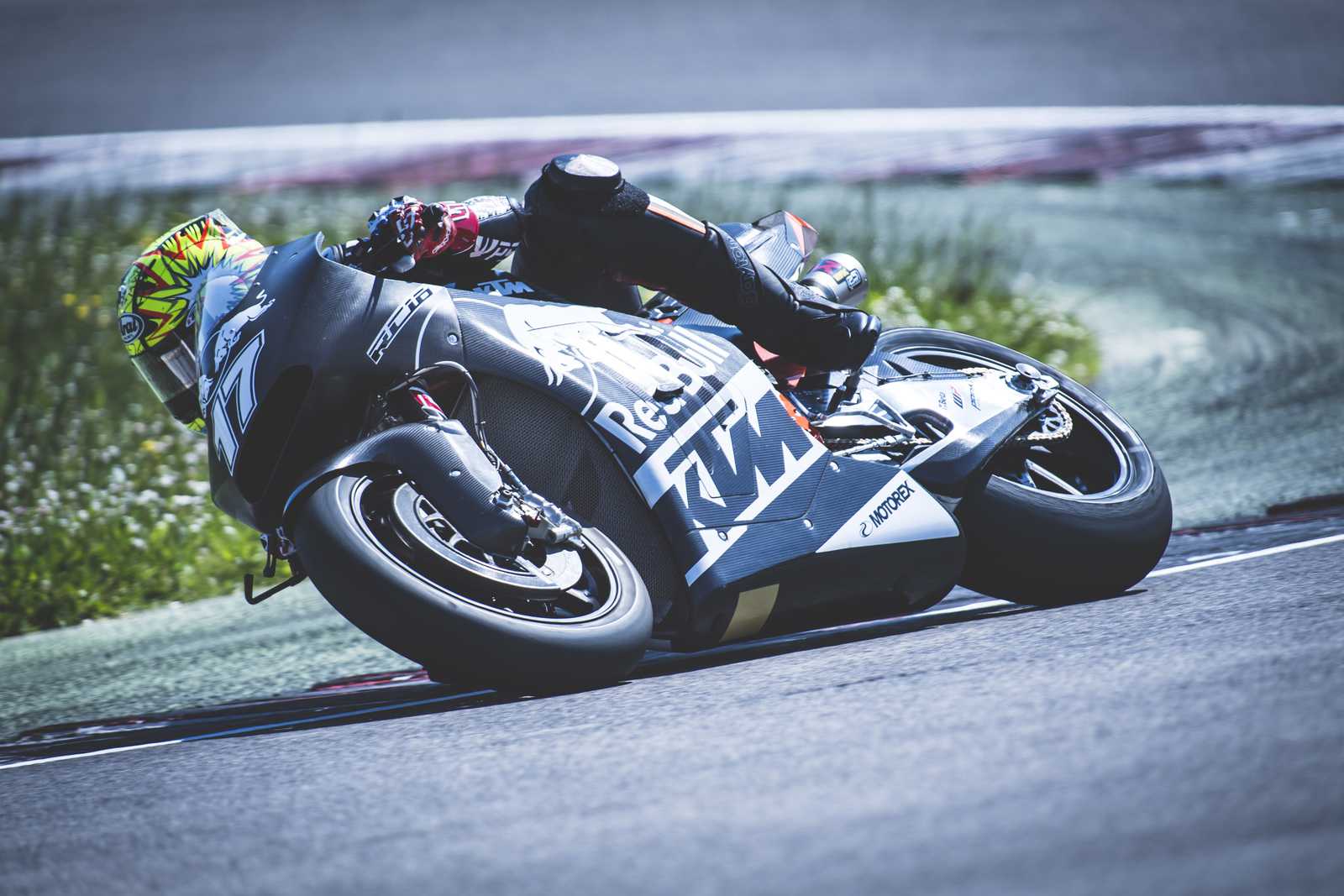 NO RESTING WITH TESTING – KTM MOTOGP TEST IN MISANO

Coming direct from the Czech racing circuit in Brno, where the very low temperatures hindered tests for the KTM RC16, the KTM Factory Racing Team were much more successful this week in Misano. Finally experiencing ideal outside conditions, test riders Mika Kallio (FIN), and for the first time also Karel Abraham (CZE), were able to put in almost all the test laps the team needed.

With the asphalt at a constant 30 degrees Celsius and around 20 degrees air temperature, the team was able to utilize all the available time between Tuesday and Thursday on the Marco Simoncelli World Circuit at Misano. They could finally complete the planned comprehensive test program that had been delayed because of the poor weather in Brno.

Mike Leitner (Vice President Onroad): “We were able to sort out many small problems and in the meantime the team is increasingly professional in the work they are doing. This, and the three days of sunshine made it possible for us to almost completely finish the comprehensive test program. This makes things much clearer for us for the next steps, especially because the test riders’ comments all went in a very similar direction. Now it’s all about putting in determined work to continuously improve the overall package. The many new conditions that have been introduced this season means that the first real setup can only follow when we soon test for the first time together with the Grand Prix teams.”

Sebastian Risse (Technical Director Onroad): “We were finally able to carry out the test program that we started last week in Brno. The focus was on the one hand on the electronics, especially with how they react with other parts of the bike. On the other hand, we worked a lot with the rigidity of individual chassis and suspension components. We also tried a few things regarding the engine characteristics, and we found a good direction in this regard. Also, for the first time we were able to test with tires that are closer to those currently being used in the MotoGP.”

Mika Kallio (Test Rider MotoGP): “That was a very important test for us, and we were able to put in almost the maximum possible laps over the three days. Even though we’re not quite where we want to be with the performance, we could thoroughly test many things without any big problems. Now we know better how many of the components work, even though we’re all aware there is still a long way to go.”

Karel Abraham (Test Rider MotoGP): “The motorcycle already rides very well and I hadn’t actually expected it would be at this level. The engine feels strong and the electronics already work quite well. The three days on the bike were a fantastic experience for me and I really enjoyed it. I’m looking forward to the next round of tests with the bike.”

The KTM MotoGP Factory Racing Team will use the four weeks to the next test to evaluate the experience they have gathered, and at the same time to also move into the new Motorsport building in Munderfing, Austria.