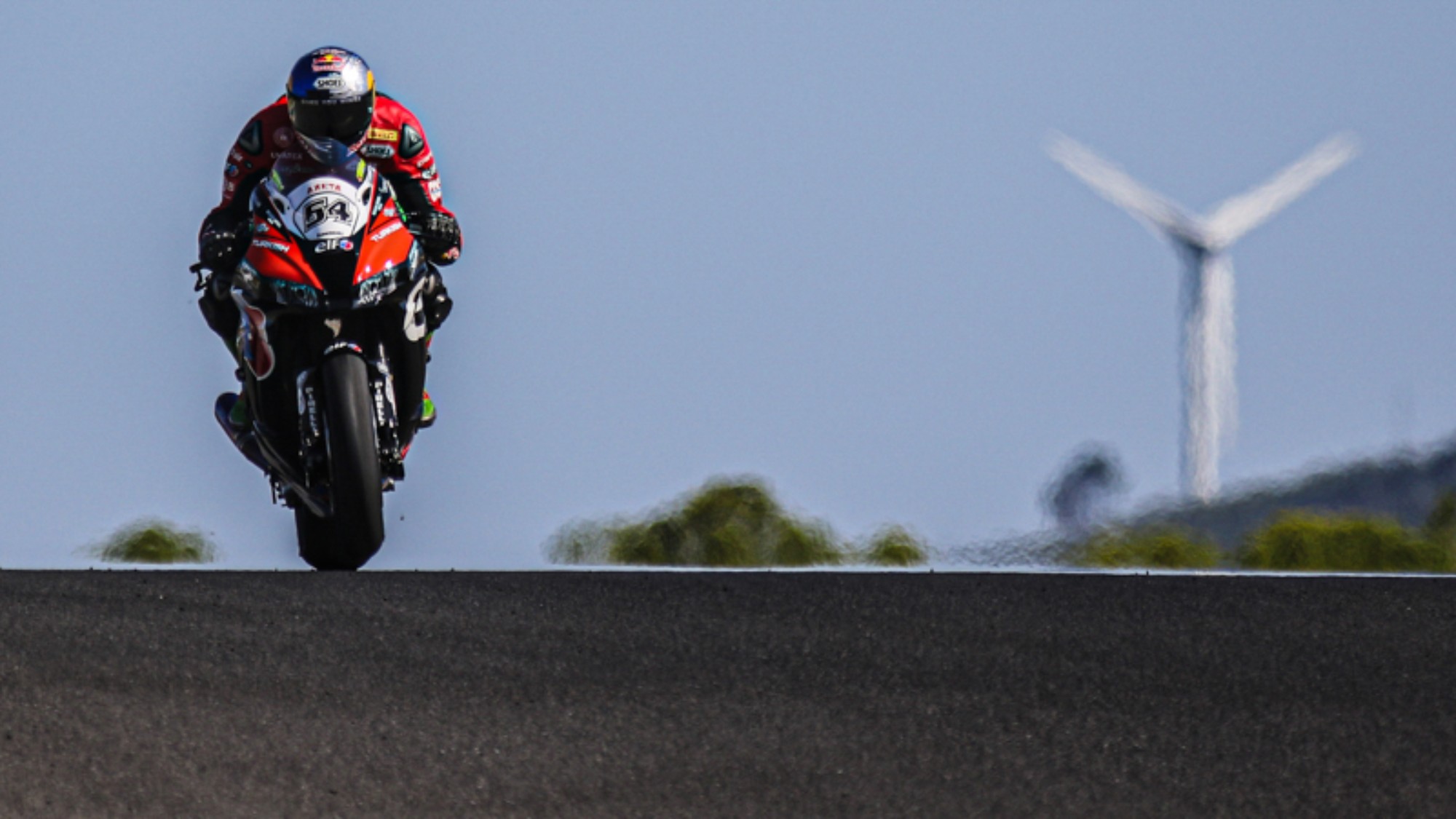 Razgatlioglu continues to set the pace in Portimao test

Clear skies and warm temperatures welcomed the WorldSBK riders to Autodromo Internacional do Algarve in Portimao for their first day of Official WorldSBK Testing in Portugal. Eager to return into action after six weeks of summer break, riders went out on track early this morning and worked closely with their teams all day.

Continuing with his positive trend, Toprak Razgatlioglu (Turkish Puccetti Racing) ended Day 1 on top after setting the fastest lap time in 1’41.897 this morning before temperature soared to 48 degrees in the afternoon. Still hunting his first WorldSBK win, the Turkish rider had a busy day testing new items for his ZX-10RR and working on his weak points in preparation for the upcoming race weekend at the same venue.

Reigning World Champion Jonathan Rea (Kawasaki Racing Team WorlSBK) closed as second fastest, only 0.159 s behind Razgatlioglu. The Northern Irishman had a specific test program for the day as he aims to improve his overall package over the two days. Completing the top ten, teammate Leon Haslam finished tenth while he spent the day not focusing on the lap times but only on testing new parts for different areas of his bike from chassis, suspensions to engine and electronics.

Behind the two Kawasaki bikes of Razgatlioglu and Rea, Alvaro Bautista (ARUBA.IT Racing Ducati Team) set the third fastest lap time in 1’42.087. Despite still not having entirely recuperated from the shoulder injury sustained in the U.S. the Spaniard didn’t hold back and was the rider who completed the most number of laps around Portimao today. For Bautista, it was important to do as many kilometres as possible at the roller coaster racetrack where he returned today after the first time back in January.

Fresh off the back of his race win at Laguna Seca, teammate Chaz Davies also returned to the tarmac eager to make further progress with his V4R. The British rider was the third-fastest Ducati rider on track finishing eighth overall, while BARNI Racing Team Ducati rider Michael Ruben Rinaldi was sixth and the other Panigale V4 R of Eugene Laverty (Team Goeleven) thirteenth.

Tom Sykes (BMW Motorrad WorldSBK Team) had a tough day as he crashed out in both sessions losing precious time for his busy test schedule. Despite that, the British rider was able to secure the fourth-fastest time, while his teammate Markus Reiterberger, who also had a few items to test, ended fourteenth overall.

Pata Yamaha WorldSBK Team duo Michael van der Mark and Alex Lowes, respectively fifth and seventh, worked on improving their bikes stability, testing some new components for the rear of their bikes. After the positive feedback received from their morning sessions, they continued to work closely to improve their packages for the rest of the season. The geometry of the bike was also one of the main points on the GRT Yamaha WorldSBK Team list, as both Cortese (9th), and Melandri (15th) worked on it during the two sessions.

Moriwaki Althea Honda Team arrived at Portimao with an all-Japanese line up as Takumi Takahashi replaces Leon Camier, who is still recovering from his shoulder injury. The Japanese rider closed 17th ahead of his teammate Kiyonari.

Testing in Portimao too, WorldSSP riders took to the track today after their long summer break, and it was championship leader Randy Krummenacher (BARDAHL EVAN Bros. WorldSSP Team) to set the fastest time on Day 1. The Swiss had a small knee injury during the summer, but still, he was able to recover well during the two months break returning strong to the tarmac today.

Completing the top five is Isaac Viñales (Kallio Racing), who continued to put in good laps onboard his Yamaha YZF R6 also in FP2.