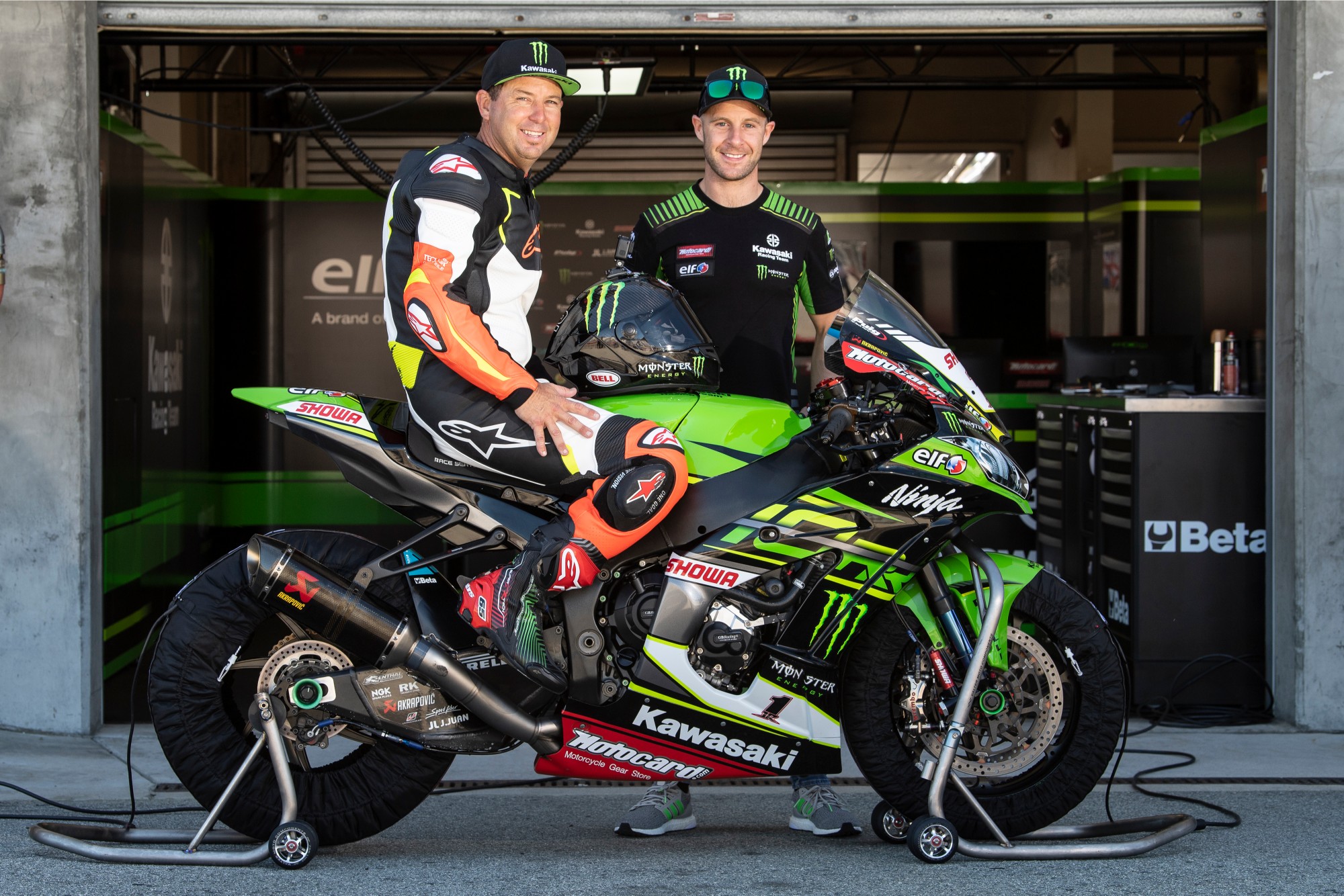 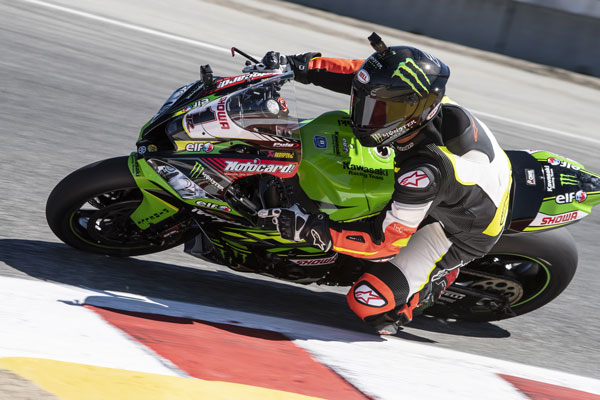 “Riding this bike is like a dream for me. I am such a big fan of all of these guys and Jonathan and I have been friends for a while,” said McGrath. “We’ve been thinking of doing a bike swap for a couple of years now, as he rode motocross with me a couple of years ago. Trying to learn the track and the bike was a steep learning curve, and I wish I could’ve stayed out all day. This track is another one I can check off the bucket list. After riding the Corkscrew, it was like a motocross berm, so it was really fun. I wanted to stay out and go faster but I’ve had a great day, I played it smart and I loved it!” 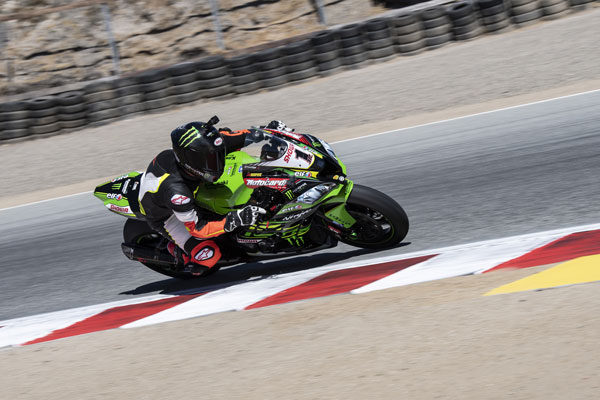 McGrath first hit the famous U.S. circuit aboard a production Ninja ZX-10R to acclimate himself to the track layout and conditions before hopping onto Rea’s winning race machine. McGrath made the most of this bucket list opportunity, utilizing each session on the track to get tips from the four-time champion and current WorldSBK points leader Rea. 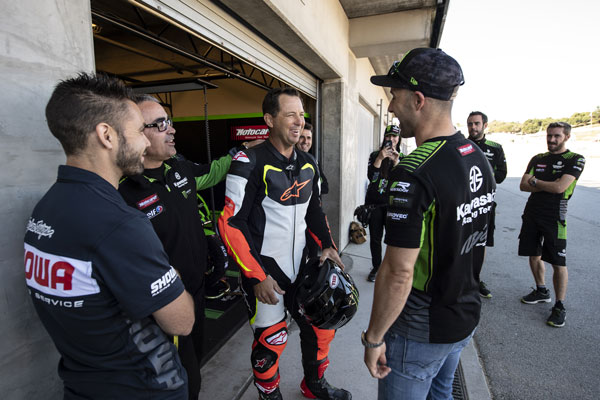 (Above) It appears as if McGrath enjoyed his ride. Photo by Dominick Vandenberg, courtesy of Kawasaki Motors Corp., U.S.A.

“It’s always great to see Jeremy, especially letting loose on our Ninja ZX-10RR,” said Rea. “I was impressed at how fast he was able to get the hang of things. The “King” is even fast on the tarmac. It just goes to show the natural talent he has on anything with two wheels. It was such a special day and fun to be the one watching from the sidelines instead of riding this time. It was fun to coach him along on an unfamiliar track and show him the differences between the dirt and tarmac.”

Rea and the KRT team are now on their summer break and will return to action on September 6th in Portugal as Rea will continue his push for yet another WSBK Championship to add to Kawasaki’s winning heritage.