World Superbike: Stefan Bradl Says He Will Do His Best At Donington Park In Honor Of Nicky Hayden

World Superbike: Stefan Bradl Says He Will Do His Best At Donington Park In Honor Of Nicky Hayden 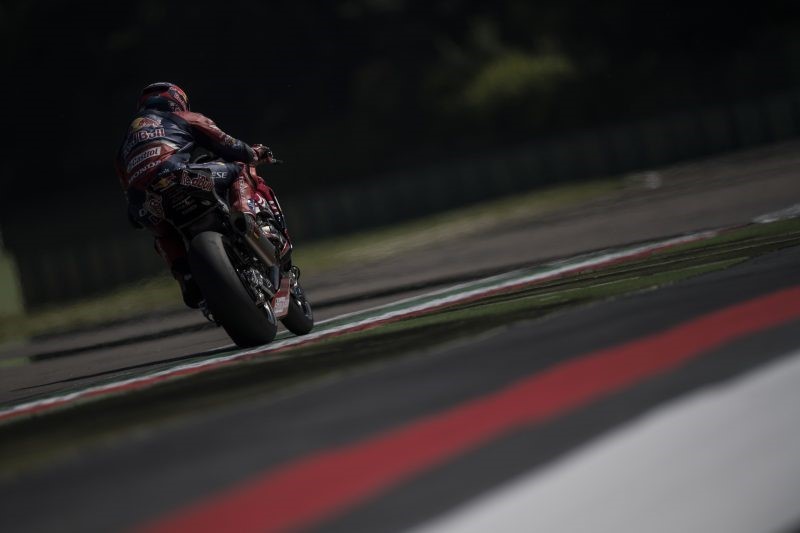 The Red Bull Honda World Superbike Team has reached Donington Park to take part, with heavy hearts, in the sixth round of the 2017 FIM Superbike World Championship. The whole team will be remembering and celebrating the life of the late Nicky Hayden by doing what he liked the most: racing. His Honda CBR1000RR Fireblade SP2 machine will be present within the pit-box throughout the whole weekend alongside the one of his team mate Stefan Bradl, who will be the sole rider on track for the team at this round.

Bradl returns to Donington Park for the first time since 2009, when he was racing in the 125cc World Championship; that was, in fact, the last time the East Midlands Circuit hosted a motorcycle Grand Prix event. The 27-year-old German rider will have to re-learn the track on the much more powerful 1000cc Honda WorldSBK-spec machine.

The Red Bull Honda World Superbike Team and series promoter Dorna will pay tribute to Nicky Hayden through various initiatives, including a minute’s silence on the grid at 14:00 local time (GMT +1) on Saturday, which will involve riders, teams and fans.

This weekend is going to be very difficult for everybody. Nicky was a racer, was born and raised into a racing family and all his life was about enjoying racing, so we will be here to keep his passion alive and pay tribute to him the best possible way. Donington is a track I know from my time in the 125cc World Championship, and I have raced here twice already. As I said it won’t be an easy round, but we will do our best in his name.

Obviously, this is not going to be a round like any other: everything we have been doing a million times at a racetrack will have a whole different meaning and feeling to it. We will all stay strong together and give our best support to Stefan, who has the hard task to go out there and give it all. And, of course, we will pay tribute to Nicky in the best way we know and we hope to make him proud.