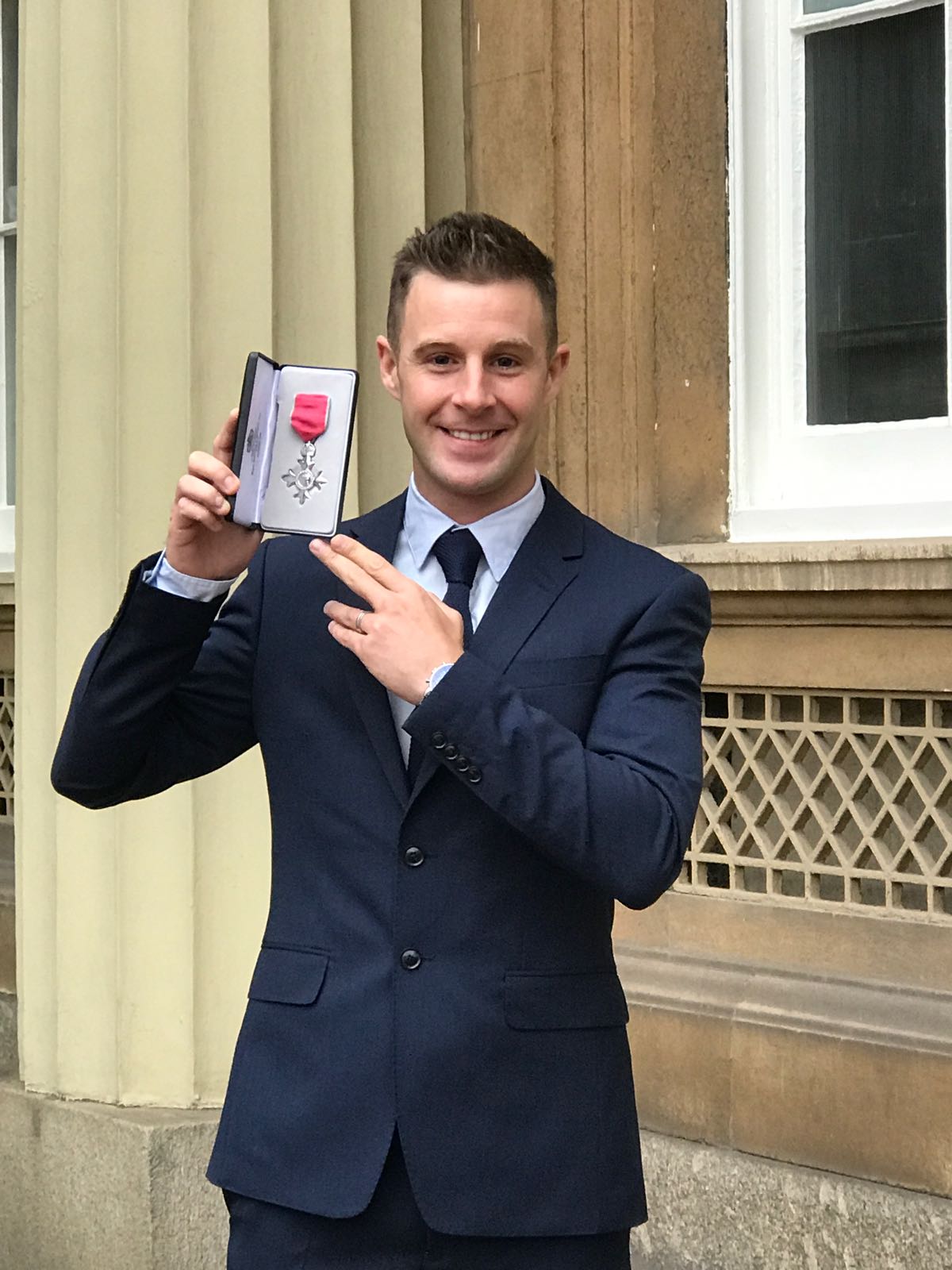 After securing his third FIM Superbike World Championship in succession British rider Jonathan Rea (KRT) took a day out from testing at Jerez in Spain to go back to the UK to collect his latest honour, as he became a Member of the British Empire.

As one of a select few British riders to be honoured with an award from the royal family for his sporting achievements, Jonathan Rea was presented with his Member of the British Empire award (MBE) from Prince William, the Duke of Cambridge.

The official definition of why this particular category of honour is awarded reads, “Awarded for an outstanding achievement or service to the community. This will have had a long-term, significant impact and stand out as an example to others.”

It is one of a variety of ways the British Crown can reward those who have achieved great feats or have provided outstanding public service, and Rea joined a wide variety of other recipients at a special ceremony at Her Majesty The Queen’s Official residence, Buckingham Palace.

Rea was justifiably proud of his achievement in what has been a stellar year for KRT. He secured the first ever three-in-a-row title-winning record, and set a new record for points scored in a single season.

Jonathan Rea, stated: “It was a huge honour at first when I found out I was even being considered. Like most other people I was not sure exactly what it meant, or the impact on my life or anything, but to look at all the people who already have MBE attached to their name, it is all people who had done something really special in their life. Whether it is working and committing your time to charities, military, sport or other areas. I got my MBE – which stands for a Member of the British Empire, – for services to motorcycle racing. This is something completely outside of our sport that is an acknowledgement of my achievements, and it means so much for that reason. I got my award to Buckingham Palace, which is the most iconic building in the UK, where Her Majesty the Queen lives. I received my award from His Royal Highness, the Duke of Cambridge. That was super-nice, especially as I had some idea he is also into bikes. It was a conversation starter when he handed over the medal. I have to say I got so nervous. My sport is all about hiding behind the crash helmet and leathers, and that is when I feel like I am at my best. When I take that off I kind of felt a little bit naked up there. Especially in those kinds of circles, it was a little bit daunting for me. I was in a room with around 80 other recipients of awards and they all had incredible stories. People involved in charity work, in search and rescue operations. All of these people were heroes, great people. So it was nice to be acknowledged for doing things for motorcycle racing in Great Britain.”