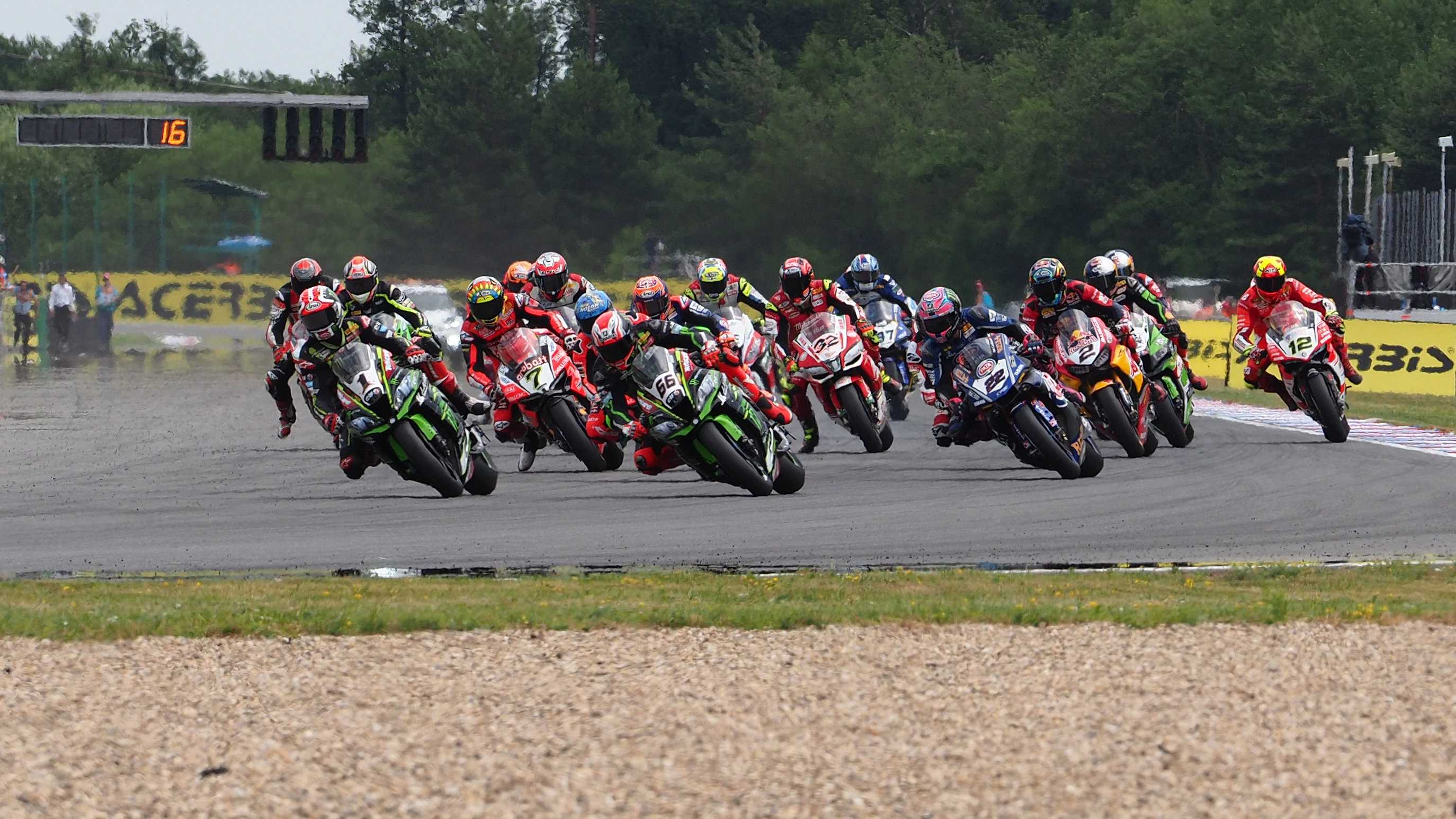 Changes to the Regulations for 2019

– The new schedule of practices sessions and races has been reviewed. This important decision has already been press released recently. (re: PR of 11/12/2018).

– Race Classifications in case of crash(es) just before the finish line:

Previously, in order to be qualified as a finisher, the rider had to be in contact with his machine when crossing the finish line. There have been situations when, due to a crash, the rider and machine have crossed the line separately. The finish time will now be determined by the first part of the rider or his motorcycle, whichever crosses the finish line last.

With a similar philosophy as was done in GP, It was decided to refresh the rules for the classification after an interrupted race and to clarify the situation of the riders in the pit lane when the red flag was displayed.

After a judicial case where the CAS arbitrator decided to enter in the field of play and to decide if a rider was actively competing at the time of the red flag, it appeared necessary to establish clearer criteria on which riders may restart an interrupted race. The main changes concern the definition of a rider “active” and “actively competing” at the time of the red flag, of riders riding on track, or attempting to repair/restart the machine, or to re-join the track or return to pit lane. It was also confirmed that riders may obtain assistance from marshals to restart the machine or to move the machine on track, or trackside.

Furthermore, the FIM WSBK Stewards will be the sole judges of whether a rider is actively competing and such decisions are not subject to protest or appeal.

– Forbidding to start machines in the pit box.

For Safety reasons it is not permitted to start the engine of a racing motorcycle inside the pit box at any time. Engines must be started in the pit lane, outside of the pit box.

The Commission approved the new standards established by the FIM for all circuit racing disciplines. This means that there will now be a single enhanced standard for helmets, replacing the various national standards used before, for the SBK riders in 2019. For the other riders, this obligation will apply as from 2020.

– Hand carried generator on the grid:

The current regulations limit the use to a hand carried generator with a maximum output of 2 kw. Current practice is for generators to be incorporated into a service cart with toolboxes, spare wheels and other equipment. Accordingly, the current regulation has been amended and the Technical Director will henceforth be responsible for determining the acceptability of the generator/equipment cart brought onto the grid.

The Superbike Commission approved a number of clarifications and editorials with regards to the Technical rules:

Extra detail was added to the regulations concerning the use of wings.

Minimum tyre pressure has been specified and it will be checked on the grid.

In addition to the gearbox chosen by the team for each rider, private teams will have the option to start the season with a street bike gearbox until they have the opportunity to update to the full Superbike parts.

Small updates were made to the specification of fuel bladders – if used.

Confirmation of a Mandatory control ECU for the Supersport class (already approved April 2018).

Rev limit to be applied (at a different level for 3 vs 4 cylinder engines).

A concession part system had been introduced to better balance the engine performance and to increase reliability across manufacturers.

Reduced number of engines as a cost saving measure – working in conjunction with the rev-limit and concession parts.

Control Electronic system to be an option for 2019 and mandatory for 2020.

Combined minimum weights system as applied during 2018 confirmed for 2019 onwards.

– Change in the Race Direction and FIM Stewards duties

This change was initiated by the former Direction of FIM and the Direction of Dorna, who both wished to apply a similar structure to those existing in MotoGP.

Therefore the WSBK Race Direction will now be only in charge of operational matters, of conducting or changing the format of practices and races. The FIM WSBK Stewards will now be in charge of the disciplinary matters during the event and of adjudicating protests. The FIM Appeal Stewards will have to hear and adjudicate possible appeals on decisions taken by the FIM WSBK Stewards.

The standard fine for exceeding the pit lane speed limit will be increased from 150 to €200.

– Penalties not subject to protest or appeal

The Disciplinary Code contains a list of penalties that are not subject to protest or appeal, usually those penalties given during a race. However, the FIM WSBK Stewards may also impose a time penalty in lieu of another penalty, typically when the standard penalty (e.g. drop of position, ride through, etc.) cannot be complied with because there is insufficient time left in the race.

The regulations covering such matters have now been changed so that when a time penalty is given instead of any non-appealable penalty, the time penalty therefore cannot be protested or appealed.

The 2019 FIM Superbike & Supersports World Championships Regulations will be available at FIMLIVE. COM within the next two weeks.

About the FIM (www.fim-live.com)

The FIM (Fédération Internationale de Motocyclisme) founded in 1904, is the governing body for motorcycle sport and the global advocate for motorcycling. The FIM is an independent association formed by 111 National Federations throughout the world. It is recognised as the sole competent authority in motorcycle sport by the International Olympic Committee (IOC). Among its 50 FIM World Championships the main events are MotoGP, Superbike, Endurance, Motocross, Supercross, Trial, Enduro, Cross-Country Rallies and Speedway. Furthermore, the FIM is also active and involved in the following areas: public affairs, road safety, touring and protection of the environment. The FIM was the first international sports federation to impose an Environmental Code in 1994.