World Superbike: BMW’s Tom Sykes Says “The Podium Is Certainly The Target For The Remaining Races”

World Superbike: BMW’s Tom Sykes Says “The Podium Is Certainly The Target For The Remaining Races” 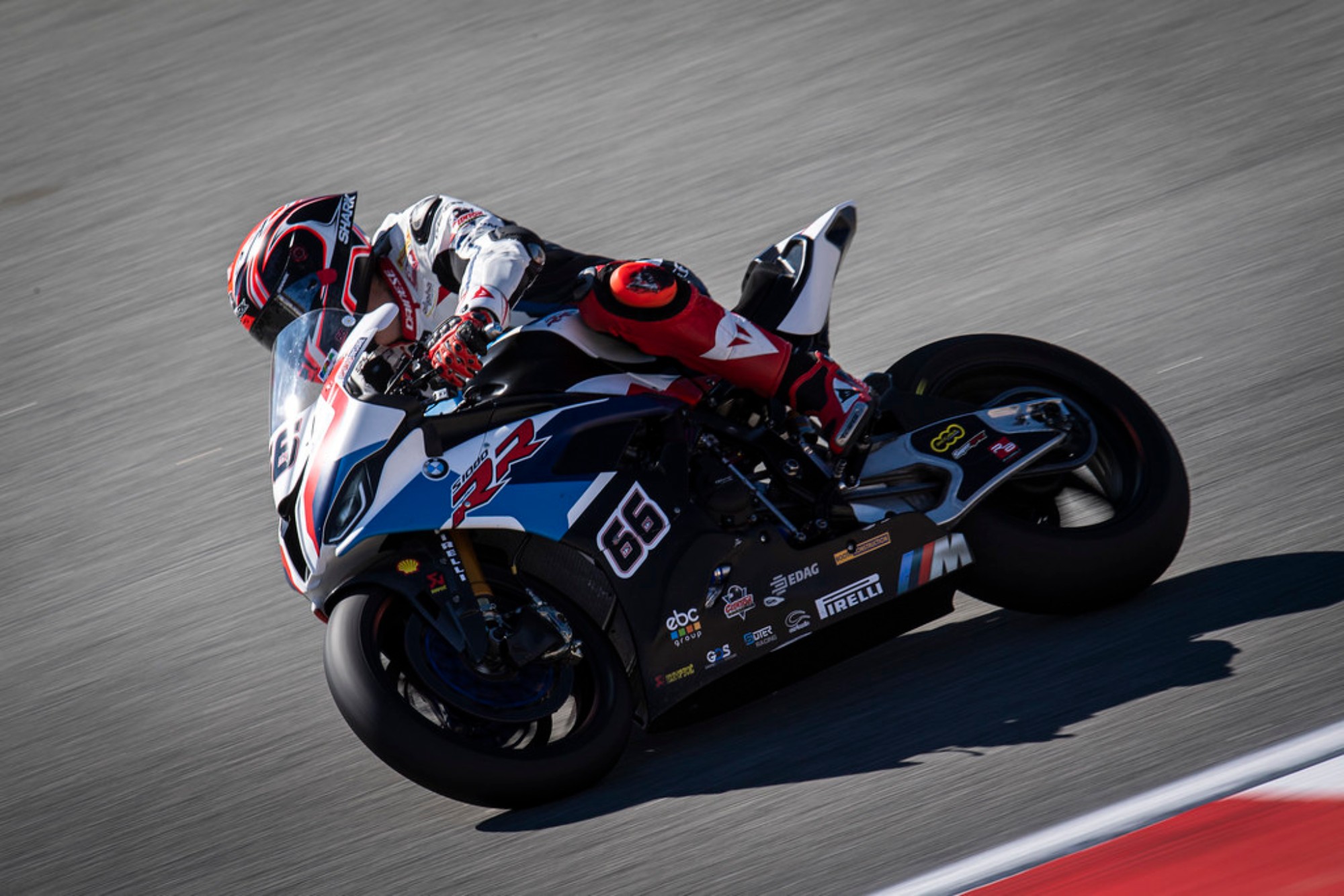 The BMW Motorrad WorldSBK Team are heading back to the Autódromo Internacional do Algarve this weekend as they prepare for the final four rounds of the 2019 WorldSBK season. Following the very successful test in Portimao just a fortnight ago the team are hoping to continue the good run of podiums.

Tom Sykes heads into Round 10 sitting P8 in the Championship with 170 points to his name, from the 25 completed races he’s had 2 third places, one P2 and secured the teams first pole position back at Donington Park. Tom has a good record at the Algarve circuit having already secured 4 podiums around the 4.592 Km track and will be aiming to add to that tally.

Markus Reiterberger equally will be looking to gain some solid points this weekend as he currently sits in fourteenth with 60 points on the board. Markus had a good test a fortnight ago and completed an impressive 123 laps gaining some good data heading into the race weekend.

“Both riders come off a good test at Portimão so we are really confident to have a good starting base setting for both riders so FP1 should be interesting. Both riders concentrated on race pace not on one-lap simulations so that should bode well for the race. The temperatures are going to be similar like at the test in the high twenties and early thirties. We are looking forward to the last four rounds of the year where we hope to continue with some podium success.”

“Following the test in Portimão, we are well equipped going into the final race weekends of the season. We have been able to optimise many areas of the BMW S 1000 RR and both riders were happy with what we achieved during the test. The races in Portimão mark the start of the final phase of our debut season with the new RR. The season was intended to be a year of learning, and we have already exceeded our expectations. The goal for the remaining rounds is to continue as before and to get the best out of the package with both riders in every race.”

“I am really looking forward to heading back to the Portimão circuit on the back of successful two days of testing there recently. During the test, we certainly gathered a lot of information for the set-up of the BMW S 1000 RR. Overall at the test, we tried various promises of the bike which we were not quite able to do so during the race weekends due to the restricted time. So this has proven very, very good. We got some positive results, so hopefully we can pick up where we left off and try to keep our run of podium places on the go. So the podium is certainly the target for the remaining races.”

“I was very happy with the two days of testing in Portimão. I am now looking forward to a good, and hopefully successful, race weekend. I am looking forward to good teamwork and want to improve and enjoy my riding. I definitely have my sights set on the top ten. I like the circuit and a lot of my friends are travelling to support me there. Bring on the weekend.”